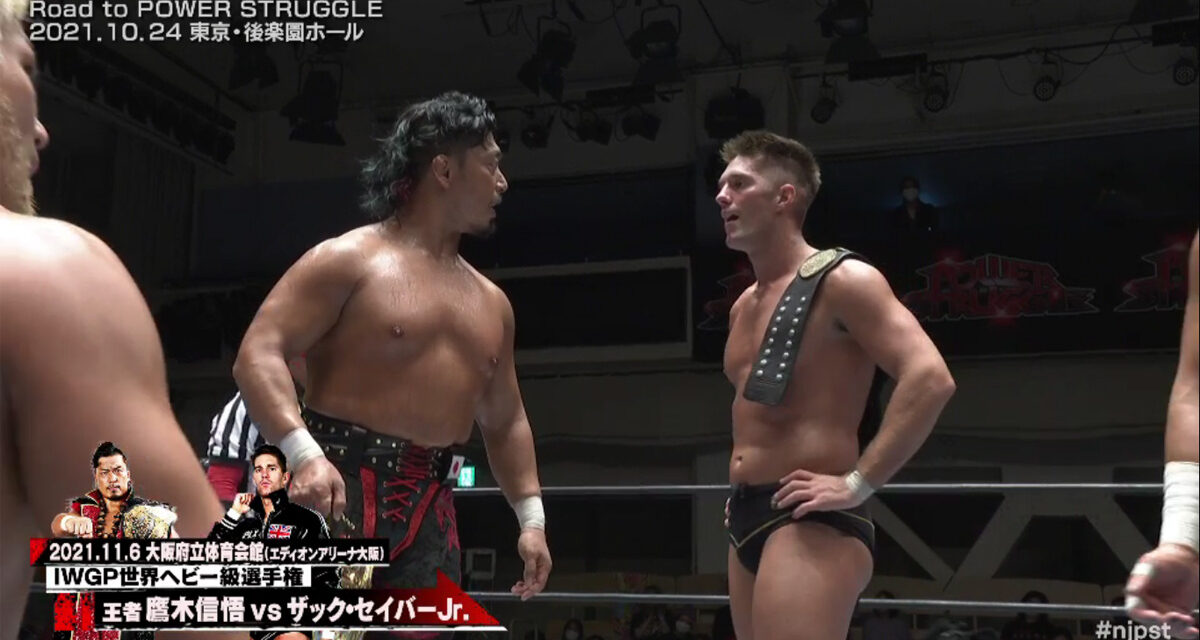 Los Ingobernables de Japon and Suzuki-gun renewed their hostilities on night one of the Road to Power Struggle. Still without their injured leader Tetsuya Naito, LIJ took on Suzuki-gun in a tag team elimination match in the main event.

Douki was the first to get the boot at 8 minutes and 29 seconds. Shingo Takagi pinned him with a Pumping Bomber.

In a shocker, Zack Sabre Jr. put the IWGP World Heavyweight Champion in a sleeper hold kicking him off the apron to send Shingo out at 11 minutes and 56 seconds.

Hiromu Takahashi took out Yoshinobu Kanemaru with a super kick that sent him off the apron to the floor at 15 minutes and 39 seconds.

Hiromu would be the next to be eliminated at 17 minutes and 59 seconds when El Desperado pushed the official out of the way, kicked the ropes into Hiromu’s “lower abdomen”, shoving him off the apron to the floor.

Sanada put Desperado away with a bridging pin at 19 minutes and 29 seconds.

Zack Sabre Jr. struck again at 20 minutes and 52 seconds sending Sanada off the apron with a simple kick.

Suzuki-gun would win the match at 24 minutes and 4 seconds when ZSJ thwarted Bushi’s attempted MX turning it into a submission. Zack Sabre Jr. was the sole survivor for his team.

“You will join Naito and Ibushi in the hospital dick head,” ZSJ promised Shingo.

Master Wato makes Oiwa tap out to the Boston Crab.

Sho hits Fujita over the head with a steel chair and then makes him submit. 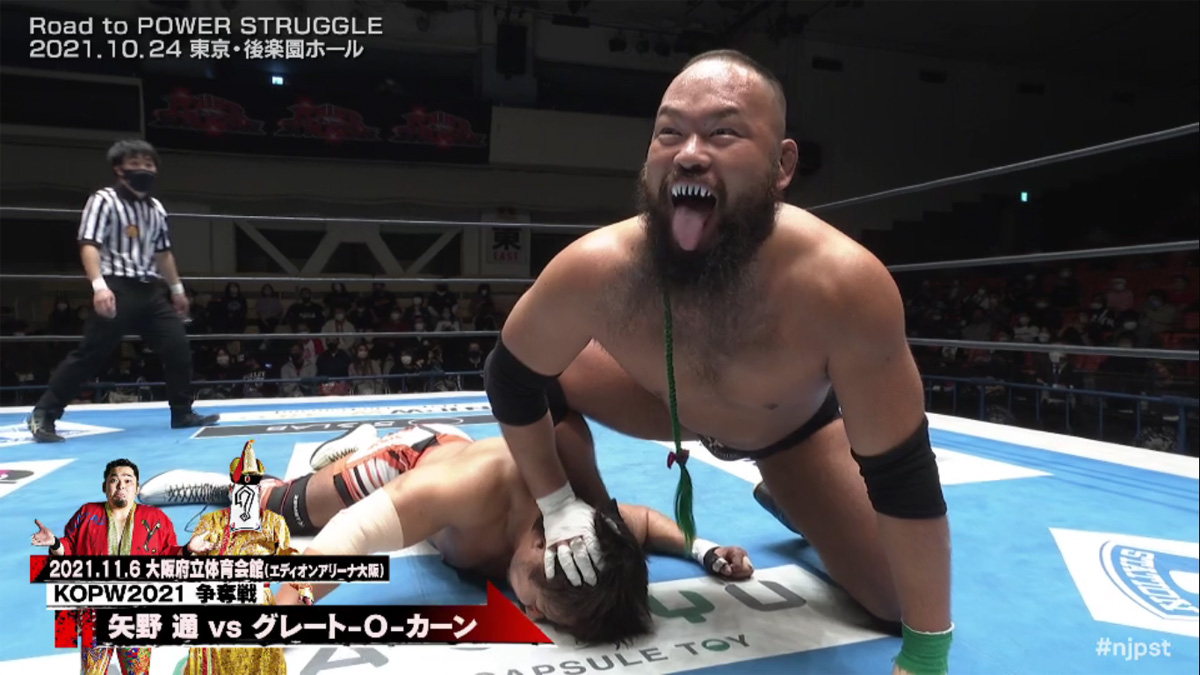 Empire attacks before the bell with Khan swiping Yano’s KOPW trophy. Khan blocks the Lariat and pins Kojima with the Eliminator. Khan holds Kojima down in the ring while a frustrated Yano…just leaves?

Yuji Nagata and Hiroshi Tanahashi versus Gedo and Kenta 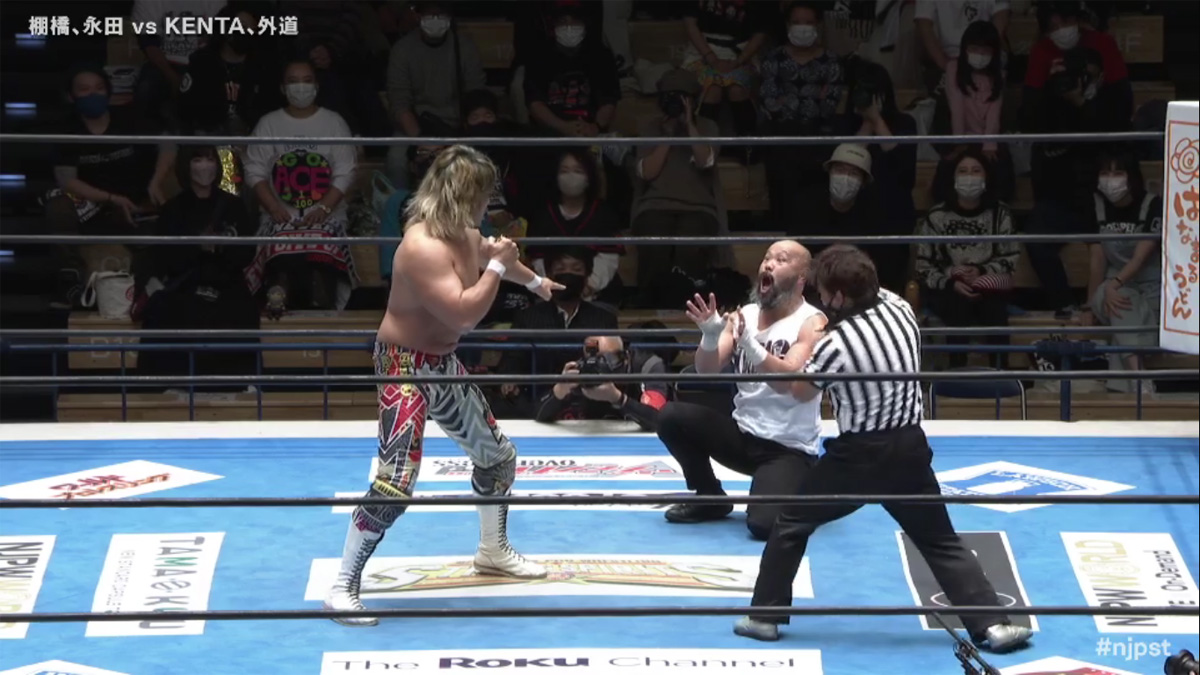 Tanahashi threats to sock Gedo with his own brass knuckles. Courtesy: NJPW.

Kenta still has Tanahashi’s stolen IWGP United States Heavyweight Championship. Gedo reaches for his brass knuckles. Tanahashi cuts him off at the pass stepping on his hand. The Ace put on the brass knuckles teasing that he will punch Gedo with them. The official warns The Ace. Tanahashi hands them over to the referee. A Slingblade and the Cloverleaf submission has Gedo tapping out.