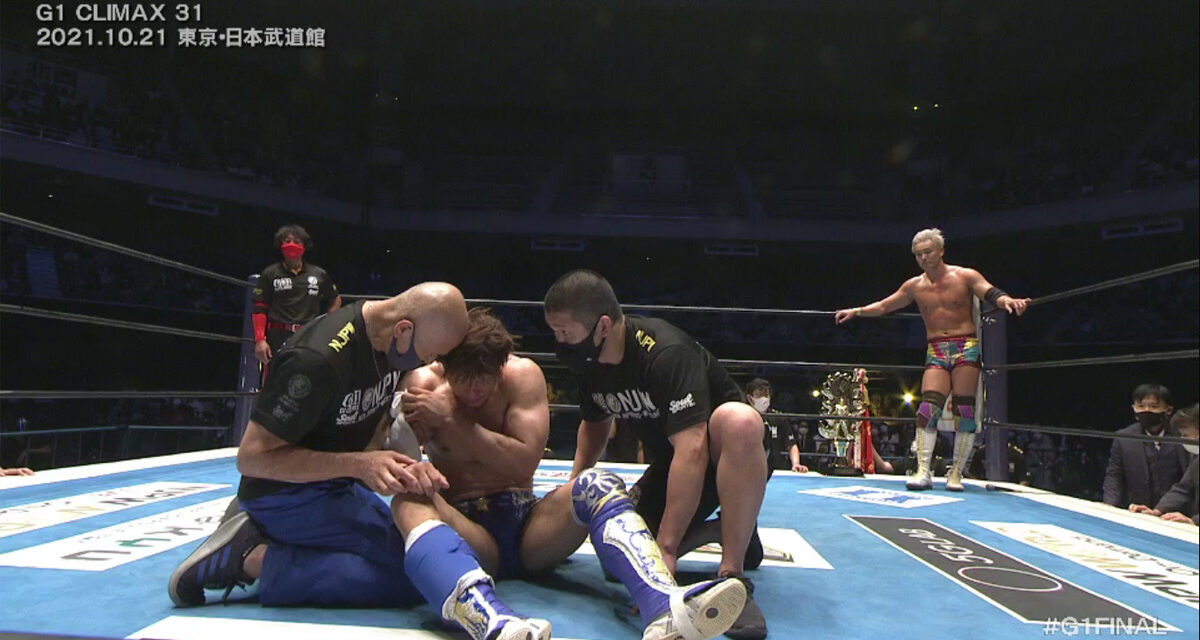 It was the ending nobody wanted.

After 20 nights of amazing G1 Climax tournament action Kazuchika Okada defeated Kota Ibushi to claim the G1 Climax title and a IWGP World Heavyweight Championship match at Wrestle Kingdom but probably not how he would’ve wanted to.

He won by referee stoppage.

In their match at about the eight minute mark Ibushi went for a Phoenix Splash but Okada rolled out of the way. Ibushi landed very very hard on his arm, shoulder twisting them awkwardly. Official Red Shoes checked on Ibushi and immediately called for the bell signaling what could be a serious injury.

Okada slumped down in the corner obviously concerned, shocked and dejected as medical personnel checked on Ibushi. Ibushi was able to leave the ring under his own power but clutched his arm, holding it closely to his body the entire time. 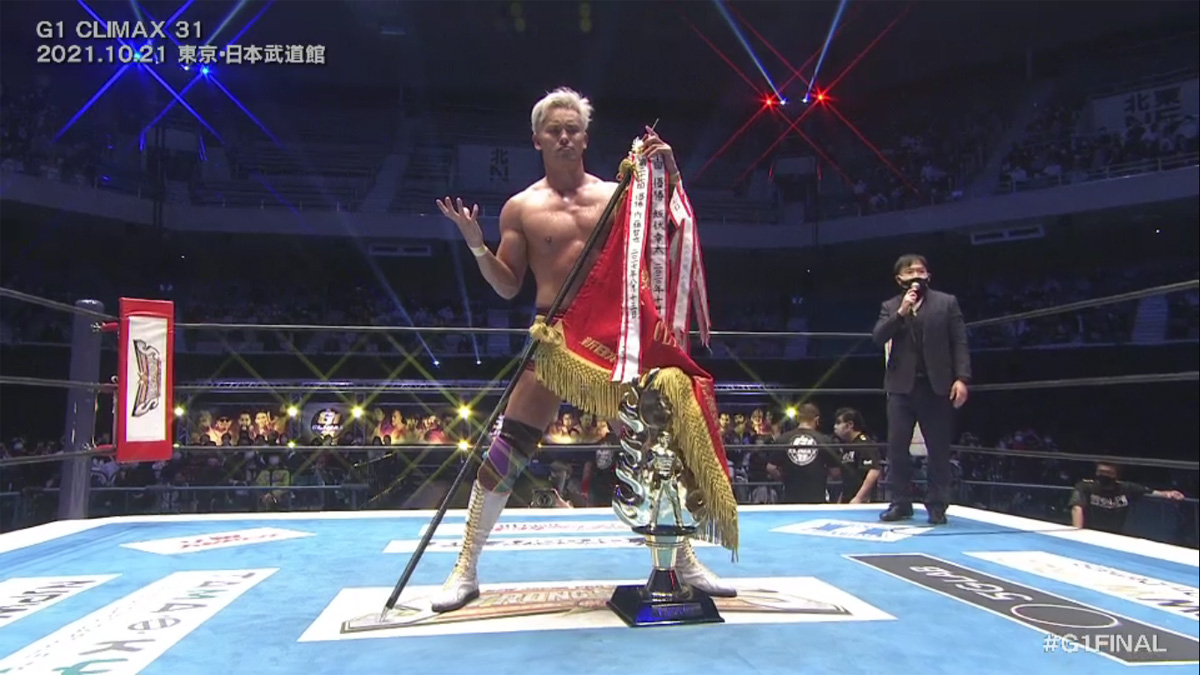 In another shocker, Katsuyori Shibata returned to NJPW in a special five minute UWF rules match against Zach Sabre Jr. The crowd in the Nippon Budokan and the announcers were confused but excited as since his seemingly career-ending injury in 2017 Shibata has been the head coach and trainer at New Japan’s dojo located in Los Angeles.

“If you have friends who are still sleeping, wake them up and tell them Shibata is going to fight Zach Sabre Jr. in 2021!” exclaimed Chris Charlton. 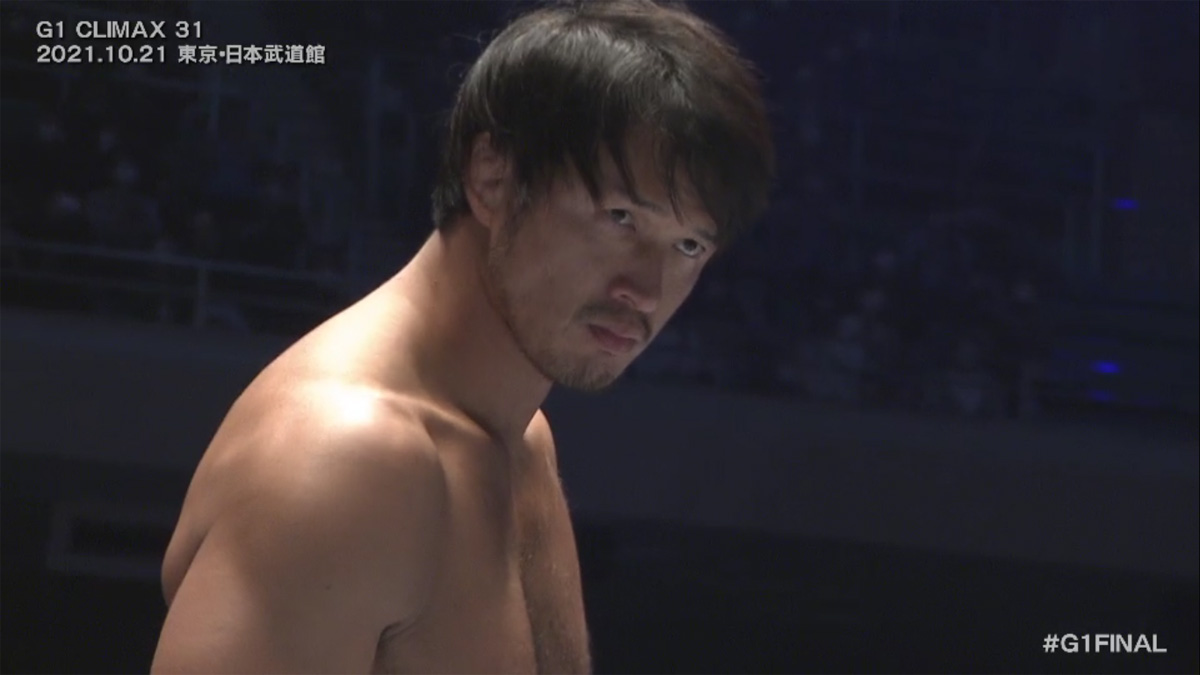 Shibata is back. Courtesy: NJPW.

Zach has Shibata down on the mat but Shibata slams him to the canvass. Shibata has Zach down but Zach escapes as both men get back to their feet. Shibata takes Sabre down in a modified figure four. ZSJ counters by twisting Shibata’s leg into a standing ankle lock. Shibata takes Sabre down but Sabre applies a head scissors. Shibata handstands his way out of that into an ankle lock of his own. The time expires with Shibata cranking down on ZSJ with a sleeper hold. Shibata demands more time but he doesn’t get it. ZSJ shakes Shibata’s hand though.

The crowd gives Shibata a big ovation as he picks up the house microphone.

“Next time I will be in this ring it is going to be in a match,” he declared

Nagata and Cobb battle on the floor. In the ring, Khan demands that Yano kiss his boot. Yano punches Khan in the “lower abdomen”, flips Khan over for a sneaky roll-up and pin. Cobb complains to the official. Khan takes Yano’s chair to the back, smashing it as he goes.

With the official down Sho nails Ishii and Yoshi-Hashi with a steel chair in the head. Evil pins Hashi with Everything is Evil. 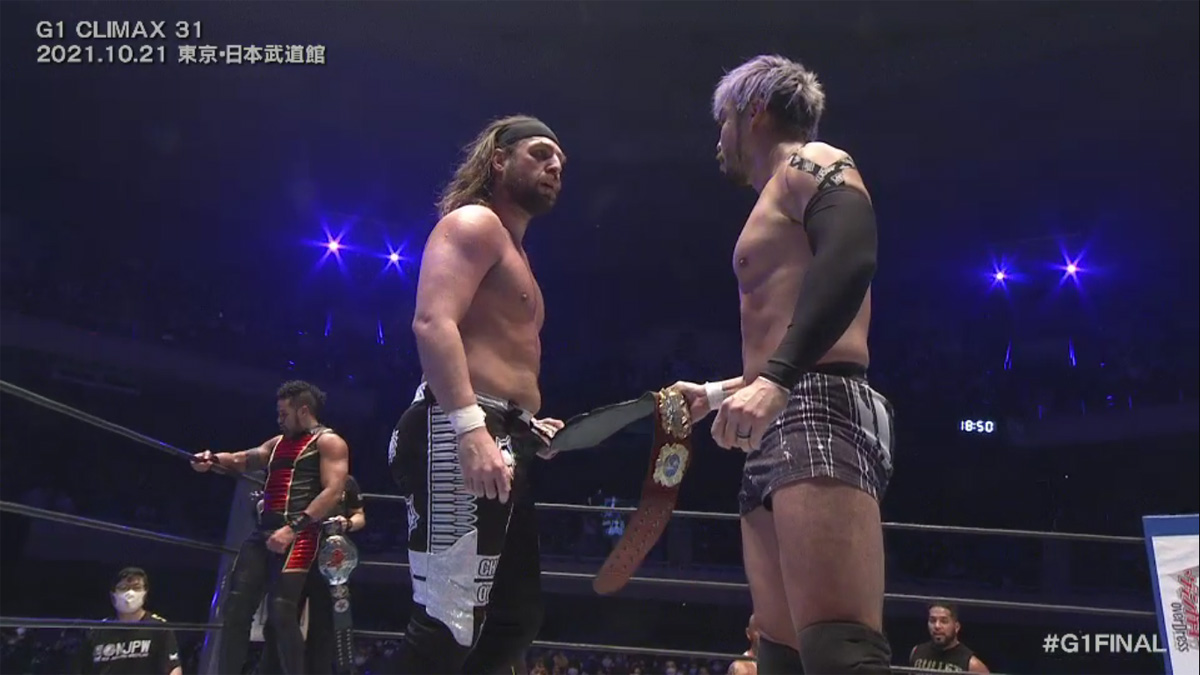 Kenta and Owens both want the same thing. Courtesy: NJPW.

Owens puts Honma away with the Package Piledriver. Owens makes it known to Tanahashi that he wants a shot at his IWGP United States Heavyweight Championship since he pinned him at the G1 Climax Tournament. Kenta clobbers Tanahashi in the back of the head with the belt. Kenta looks down at The Ace making a challenge for the belt too. Owens grabs onto the belt. He and Kenta have a brief tug of war as Kevin Kelly wonders who is in line for a title shot. Kenta takes the belt and leaves the ring with it. 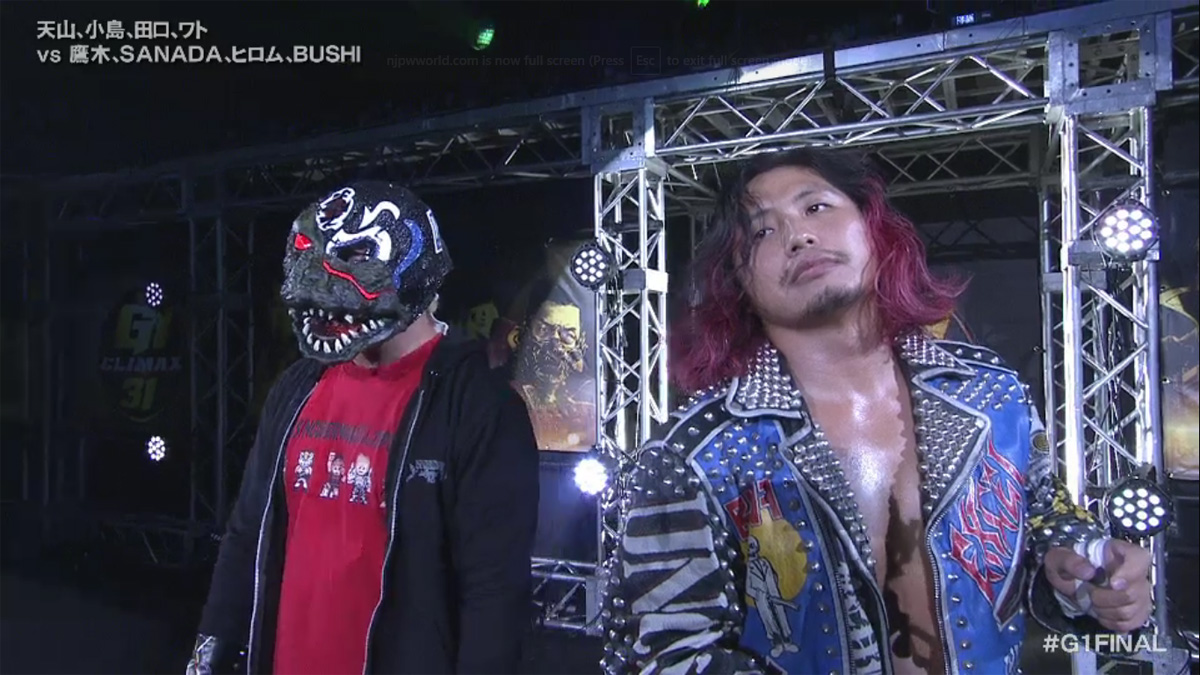 Takagi gets the pin with a Pumping Bomber on Tenzan.