Bautista about the WWE: ‘It was just a very toxic atmosphere’ 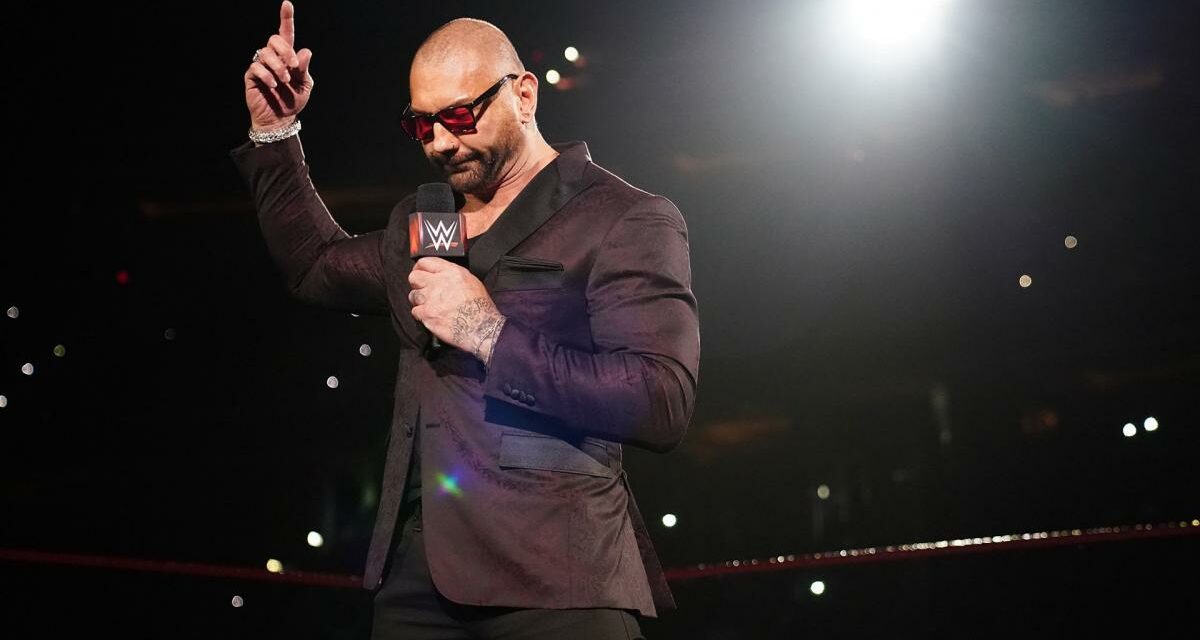 Wrestler turned actor Dave Bautista doesn’t have many good things to say about his time in the WWE.

In the November’s issue of Men’s Health, Bautista reflected what the WWE was like as a workplace.

“It was just a very toxic atmosphere. Wrestling is very competitive. It’s very cutthroat. You are put in a position where you have to posture up all the time and it’s exhausting. It’s just exhausting,” he said.

Being a wrestler in the WWE put him under constant, inescapable pressure.

Bautista partially blames the grind that is professional wrestling for the demise of his marriage. He was eventually given an ultimatum by his second wife. Bautista picked wrestling.

Bautista admits that he blew his wrestling earnings on “stupid stuff” as well.

Bautista’s last match was a No Holds Barred bout against Triple H at WWE WrestleMania 35 and he was glad to end his career that way.

“I’m not trying to separate myself from professional wrestling because I’m embarrassed or anything like that. It’s just I needed to make a name for myself and start all over and kind of just get people to see me in a different light because if people always see me as a pro wrestler turned actor then they’re going to put me in a box for roles,” he said.

Upon leaving the WWE, Bautista has starred in the Guardians of the Galaxy, the upcoming Dune remake, Blade Runner 2049 and Spectre and a host of other films.