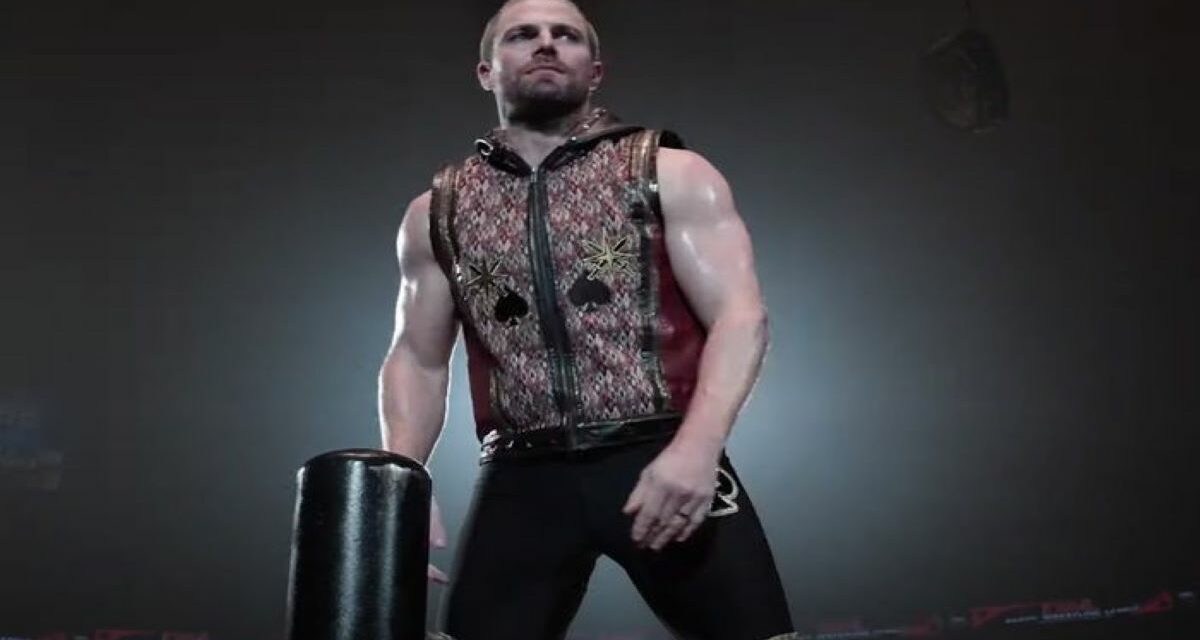 After eight episodes, the drama that unfolded on Heels this season made this a must-see, but left just enough for fans to keep wanting more.  As the show brought in more of the ensemble case, it made sure that the focus has always been squarely on the Spade brothers, Jack (Stephen Amell) and Ace (Alexander Ludwig) getting involved in the family business of professional wrestling.

As the season finale unfolds on the Starz network Sunday at 9PM ET (or wherever you stream your services anytime), we flash back to a scene with young Jack and Ace and how their dynamic as brothers work out.  Jack says he may not like Ace, but he loves him as a brother.  This lays the foundation for the rest of their brotherly love has played throughout the season, and it even highlights how their dad, “King” Tom Spade (David James Elliott), had a very strange, almost sadistic side to disciplining his boys, and his unique variation of tough love made the boys who they are today.

Cue back to where we left off in the seventh episode, as Jack laid the smack down on Florida Wrestling Dystopia owner Gully (series producer and veteran actor Mike O’Malley), getting Ace out of the FWD snake pit and back across state lines to Duffy, GA.  While driving back, Jack tells ace that in the main event of the Georgia State Fair, he’s going to be turned face and will get the title belt.  So there’s a sense that a reconciliation is in place, and Ace even does his best to try to make up for his past behaviors later in the show.  Too bad the same can’t be said of Jack’s family life, as Staci (Alison Luff) has left the house and taken their son Thomas (Roxton Garcia) to stay with friends.

Everyone is prepping in their own way for the Georgia State Fair, as “Wild Bill” Hancock (Chris Bauer) offers Crystal (Kelli Berglund) a chance to be in the big show as his valet, the latest “Bunny Bombshell”, which she reluctantly agrees to do (“Ta-da.”).  Diego (Robby Ramos) is also busy recording for the history of Duffy Wrestling League (DWL), and getting “Wild Bill” a little something extra in the form of pills.  Meanwhile, the preparation for the ladder match is mapped out by “Wild Bil”l and the Spade brothers.

Back at the FWD, Gully is licking his wounds and plotting revenge.  Rooster (Allen Maldonado) hands him an idea on a silver platter:  Mess up the main event, and get the fans to turn on Ace, again.  Rooster states that doing that will break his fragile ego, and hurt him and Jack in the process.  Gully is all for it, and set the plans in motion.

Later that night Jack and Staci have a frank discussion about how Jack’s energies going to the DWL is starting to cost a few things, namely their marriage and Jack’s sense of self, and how he just keeps losing himself further and further.  Plus, Staci tells jack that she knows all about the Kleenex being thrown at Ace, just to make him heel.

Jack claims it’s in Ace’s best interest as he doesn’t want him to go down a fate worse than their dad, but this only tells part of the truth.  Staci wants him present in everyday lives and be the good guy she met all those years ago, and wants him to come clean with Ace, along with seeing her sing at the rodeo that got rescheduled.  This has been the problem all season long for Jack; being everywhere, but not being present at major milestones in family life. 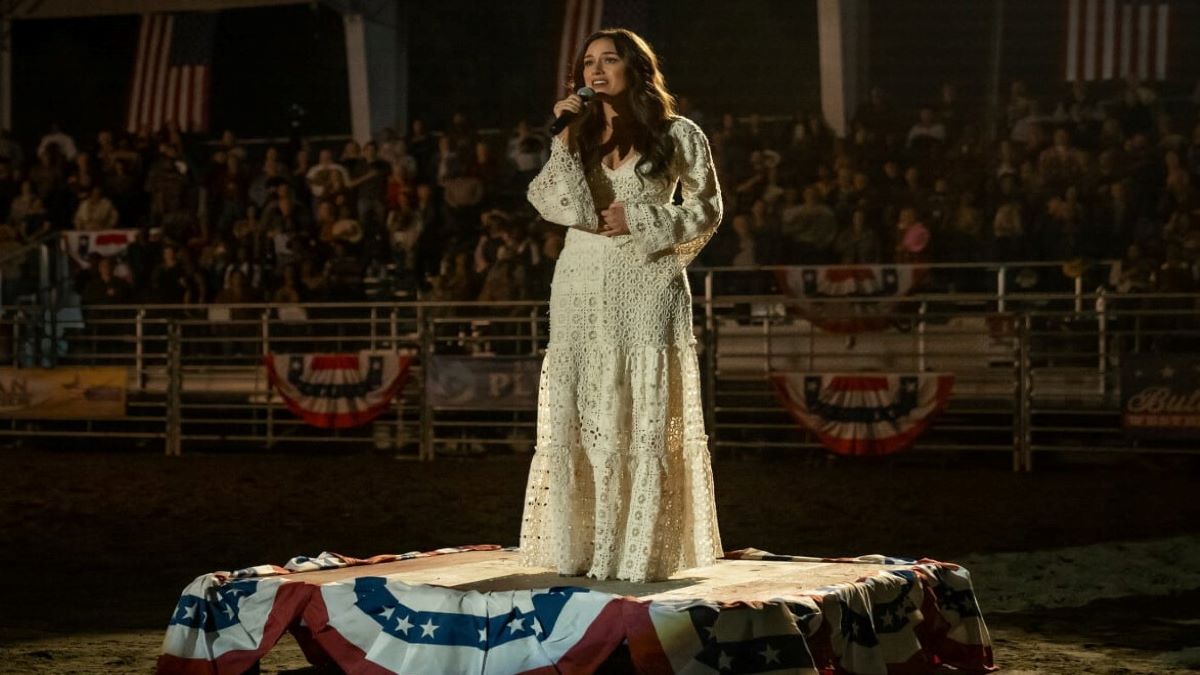 The day of the big GA state fair, all the DWL crew is completely star struck at the event and the ring, and they do a good job getting the crowd fired up that night.  When it comes to the main event, the finish suddenly starts to go to the crapper; literally for “Wild Bill”, and figuratively for the Spade brothers, once Ace finally learns of Jack’s role of the Kleenex conspiracy during their match (and we all know how well that goes with Ace).

The show is titled “Double Turn” for a reason, as what looks like the actual finish turns out to be something totally unexpected, that draws the audience in further and leaves those unexpected characters to shine in the sun.  I won’t spoil the ending, other than to say that if you watch this show week after week (or binge in one sitting), you’ll see another side of the wrestlers and the people affected in Duffy, GA, that is familiar and unexpected.  It definitely leaves more room for the story to be told, especially since the Spade brothers have more to tell in their  brotherhood rivalry.

Everything about the show overall is very authentic, from showrunners O’Malley and Michael Waldron acting and writing, respectively, to the keen direction by Peter Segal and Jessica Lowrey.  It also helps that the stunt coordination by Luke Hawx of the NWA helped the actors get into ring shape, especially when getting in the ring with actual wrestlers like Hawx and a new guy named Phil Brooks (he plays Rick Rabies in the show. He might have a future in pro wrestling…but then again, he looks like a Punk.  *ahem*).

Of course, credit should be given to the main star Amell, whose love of professional wrestling led to Heels,  and his take on the complex, elder Spade brother trying to keep everything together, and let letting things slip through is a testament to his acting skills to find the conflicted core of this “heel.”  Ludwig should also share the kudos, as he has managed to make his Ace Spade more than just a one-note jock, but a human that wants the adulation of the crowd, and wants to be seen as a good guy, even though he messes up. 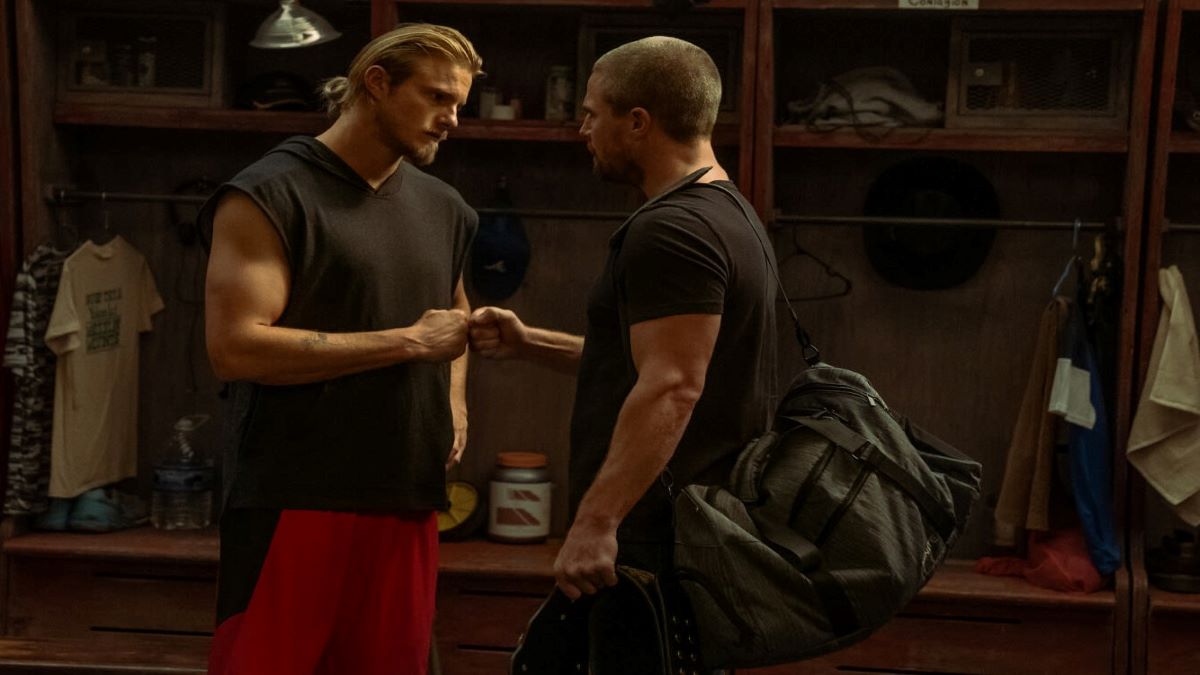 While there is no word if, or when, a new season of Heels is going to be in the works,  it’s definitely worth checking out however you get your streaming service.  If this is the first time you’re reading about the show, check out the archives to read up on the episode recaps and the stories from the men behind the show.