Behind the Gimmick Table: Maple Grizzly mauls in Japan rings 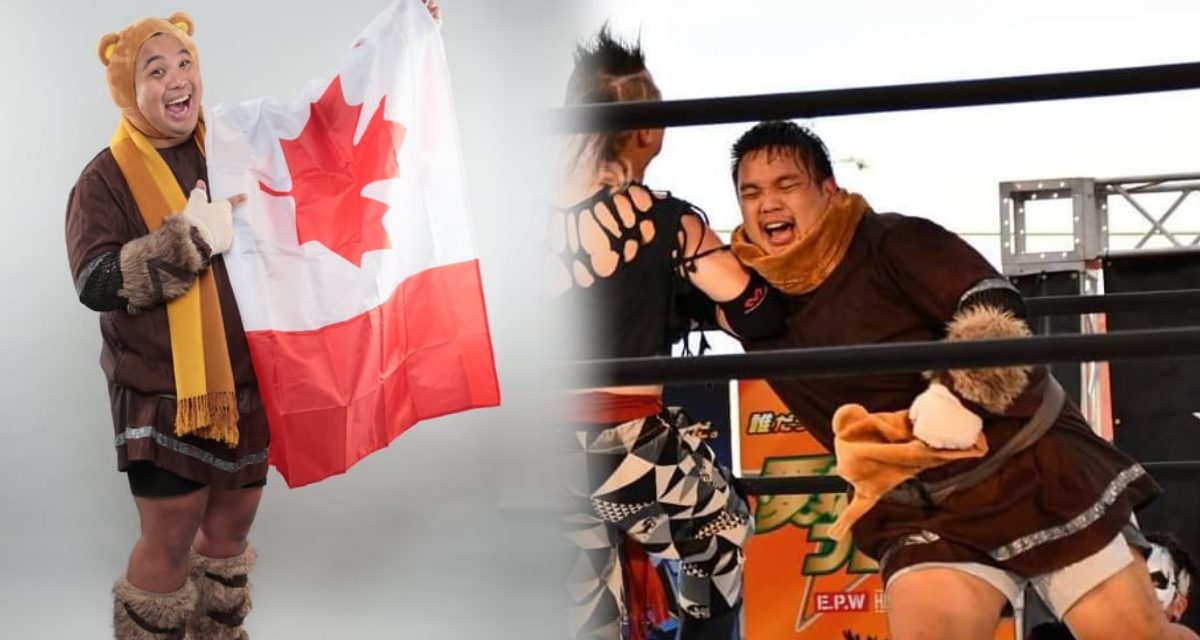 Today, Juan Carlos Olivares is best known as the Maple Grizzly, calling Ehime Pro Wrestling in Matsuyama, Ehime, Japan, his home promotion. Olivares himself calls it home as well. He found pro wrestling there after relocating from Mississauga, Ontario, for the job.

Throughout his adult life, Olivares has always found luck in finding wrestling, no matter where the road has taken him.

But it wasn’t always that way.

In his childhood, Olivares was a casual wrestling fan with gaming, especially the card game Magic: The Gathering and then Yu-Gi-Oh occupying his time. He told SlamWrestling.net that his pro wrestling revelation would come on a visit to his cousin’s house at six years old.

“It was the Buried Alive match between Mankind and The Undertaker… I realized there was a big difference between free TV and the PPV stuff. The level difference was mind blowing,” said Olivares.

But the pay-per-views would remain an elusive treat for Olivares, as his father preached frugality. “My Dad wouldn’t let me buy the PPVs. I was allowed to buy the VHS a few months later.”

In addition to VHS tapes, T-shirts especially were a big part of Olivares’ wrestling fandom. “I was one of those weird kids that wanted to show up to elementary school in a DX shirt.”

This would remain the only way Olivares could get his wrestling fix at school, or outside of any WWE products. Although he yearned to wrestle himself, his high school did not offer amateur wrestling. He ended up progressing in another individual sport, swimming, where he advanced to the point of lifeguarding and teaching into his adult life. 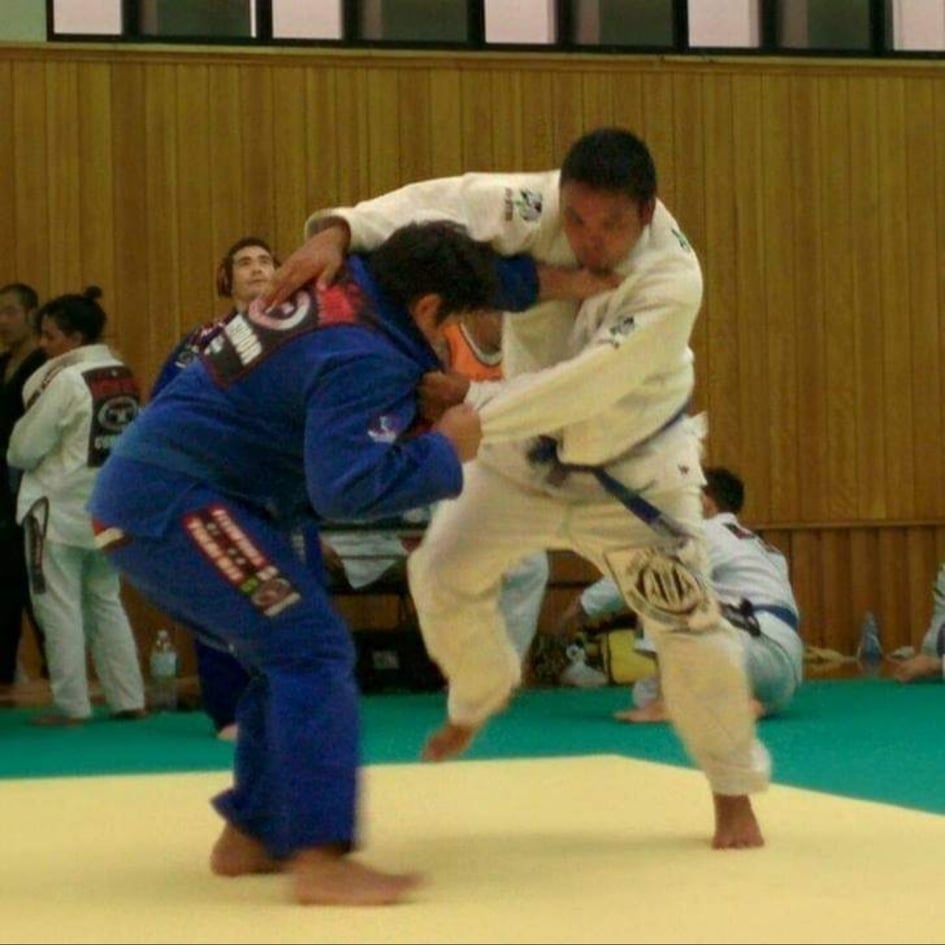 Juan Carlos Olivares competing in judo during his university years.

While attending the University of Waterloo, wrestling would continue to elude him. As a substitute, he opted to take up judo there. The breakfalls, chokes and armlocks of the Japanese sport would serve him well when he unconsciously took his next step toward becoming a pro wrestler.

After graduation, Olivares ended up teaching English in Japan for the first time. His wardrobe would come to include New Japan Pro Wrestling items such as shirts and workout towels. It was also there that he got a taste of honest to goodness catch-as-catch can (CACC) wrestling for the first time. “I found out there was a Pancrase dojo near my house [in Japan]. The guy running it was Takeuchi Izuru, the number one Sambo guy in Japan. I remember when I was little watching the Bret Hart documentary and they were talking about the shooters in the Dungeon and all that stuff. It was a very roundabout way but I finally got to live out my little kid dreams.” 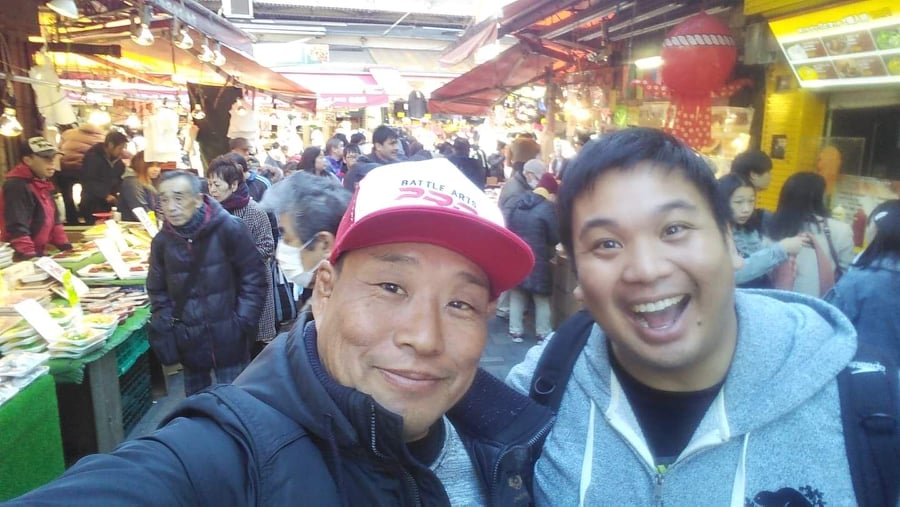 Upon returning home to Mississauga, Olivares was pleasantly surprised to come across what would become the most integral step towards an in-ring debut. In a stroke of happenstance one of the only CACC schools in Canada had opened down the street — Battle Arts Academy.  But due to pro wrestling classes only being offered during his work hours, Olivares opted to take in Battle Arts founder Yuki Ishikawa’s daytime CACC classes. But things would change: “As the numbers dropped off for [the] catch wrestling classes, we did a lot of sparring, me and him. One day he turned to me and goes, ‘Today I teach you pro wrestling!’”

In no time, Olivares was asked to make his debut in a local Toronto promotion as “Genghis Juan.” He got a few local bookings under his belt in the comedy persona, while still implementing his CACC before once again taking a teaching job in Japan. “It was a longer placement, so I knew I could pitch myself as a wrestler.”

As is protocol for joining martial arts dojos in Japan, Olivares was interviewed before being accepted. “They asked for a few of my matches to see how I worked and they liked what they saw. The owner took one look at me and said, ‘You have a very cute smile. I don’t want you to work heel, I want you to work face so come up with a cute character.’’ 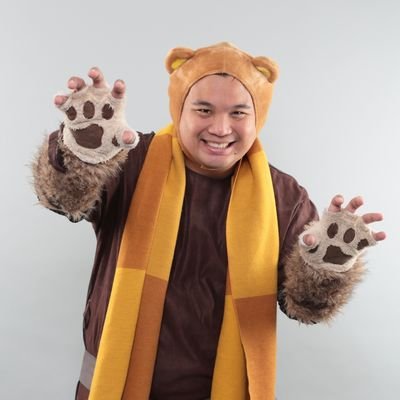 Thus was birthed Maple Grizzly, where he wrestles weekly in his bear outfit, teaching English the rest of the week. The 178 cm, 112 kg 32 year old says “wrestling in that suit is like wrestling in a sauna, but the fans like it.”. 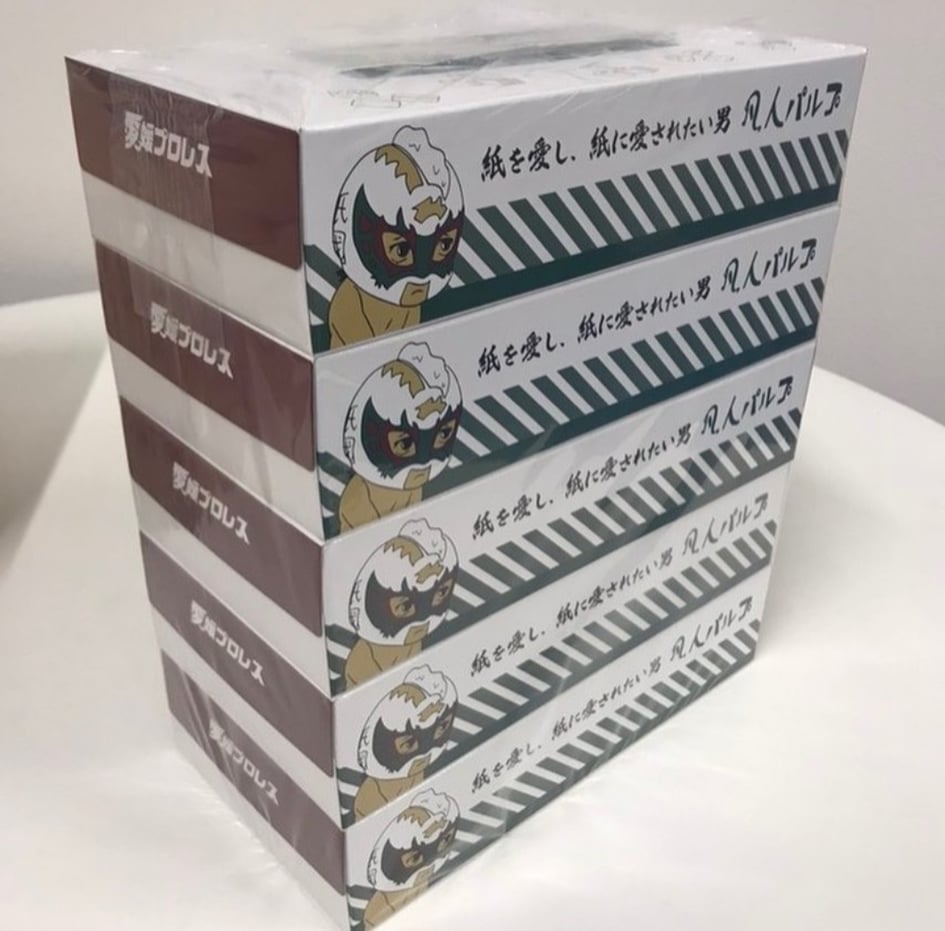 Ehime Pro Wrestling handles the merchandising of its talent and has quite a strong merch game and the promotion takes care of releases for its talent. Olivares has even helped promote some of their new products.

In two years of wrestling with Ehime Pro Wrestling, Maple Grizzly has not yet debuted any merch of his own but eagerly awaits doing so.