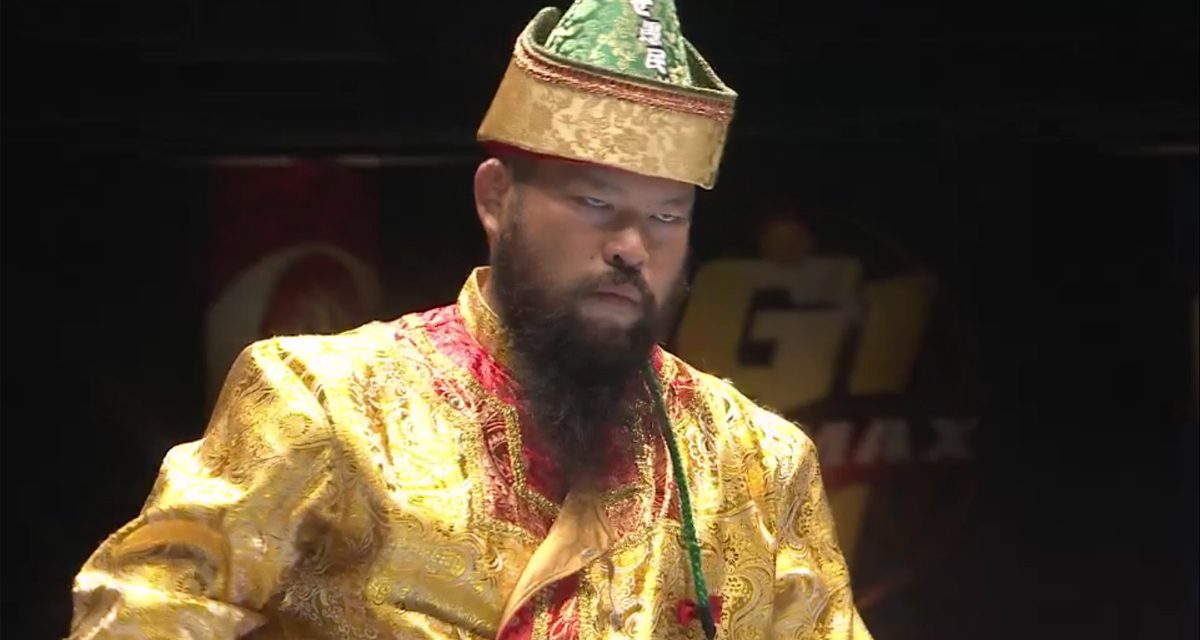 While Zack Sabre Jr., Kenta and Toru Yano continued their winning ways at NJPW’s G1 Climax tournament it was the Great-O-Khan who continued to dominate the rankings on night five.

Khan withstood everything that Yujiro Takahashi could throw at him refusing to go down or be pinned. Khan put him away with an Eliminator. The undefeated Khan has victories over Tonga Loa, Tetsuya Naito (forfeit), Toru Yano and Yujiro Takahashi.

Nagata shows how tough he is by surviving a Pumping Bomber. He falls to Last of the Dragon though. 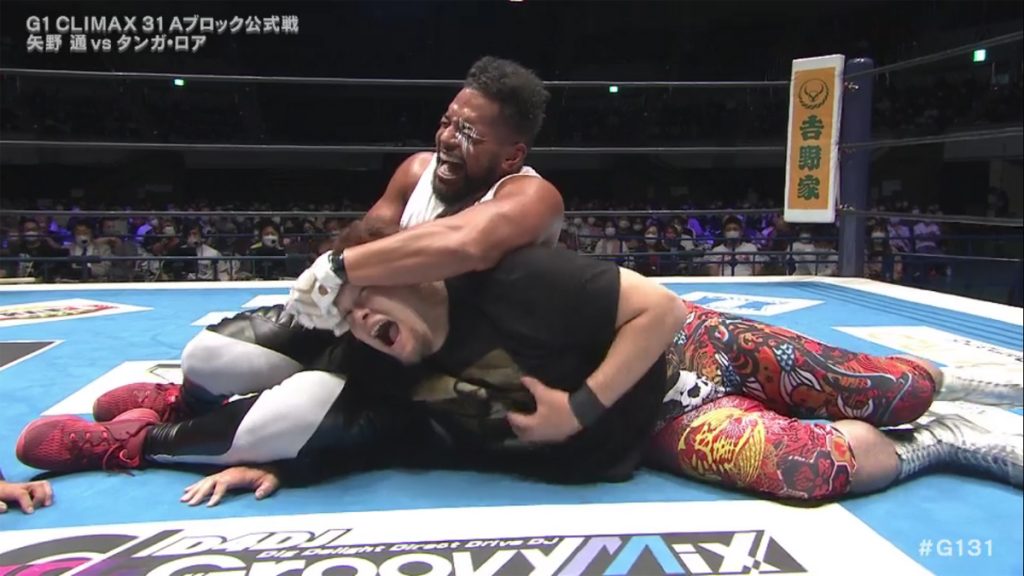 Loa shoves Yano into the official. Loa clotheslines Yano to the mat. Jado enters the ring with his kendo stick. He throws it to Loa and then holds Yano for him. Yano escapes, takes the stick from Loa whacking him with it. Yano throws the stick to Jado. He falls on the mat pretending to have been attacked with it confusing the official. The official and Loa back Jado in the ropes with their verbal tirades. Yano hits the punch to the “lower abdomen” and a roll-up for the victory.

During a nasty, hard-hitting bout Kenta rams Ishii into an exposed turnbuckle, rolls him up with a handful of trunks.