Kanyon ‘Dark Side’ episode all about inner turmoil 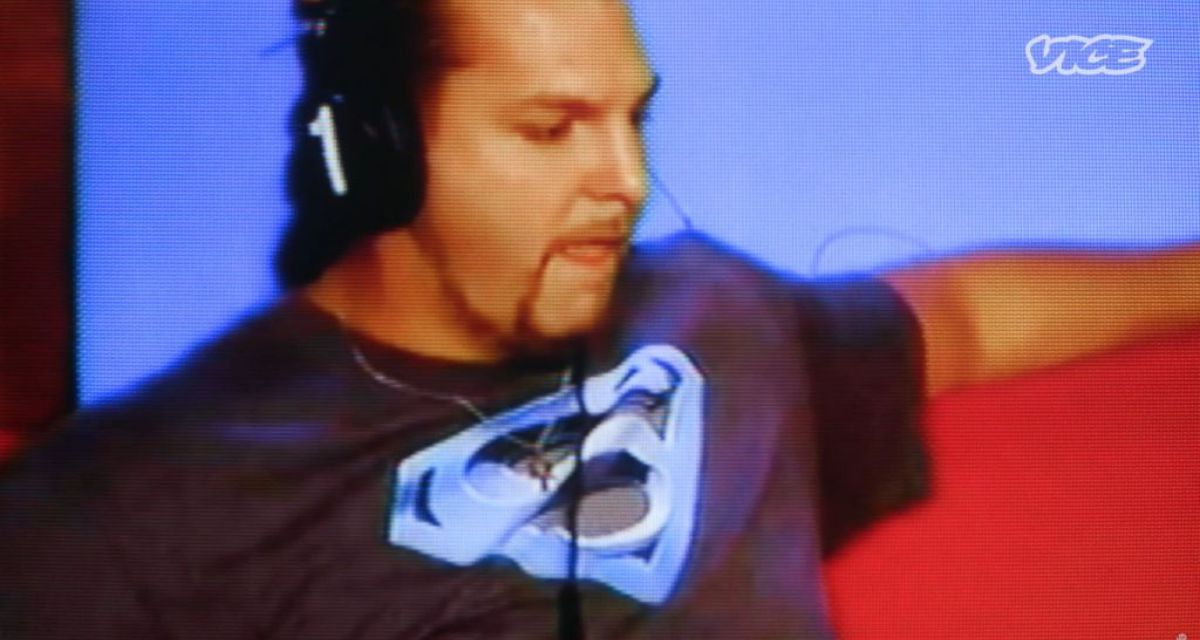 In the aftermath of last week’s Dark Side of the Ring episode “The Plane Ride from Hell”, and all the resultant publicity and attention that followed and continues, last night’s episode “The Double Life of Chris Kanyon” was almost certainly going to be somewhat anticlimactic.

What we saw this particular episode was pretty much a straight retelling of the troubled life of Christopher Morgan Klucsarits, otherwise known as Chris Kanyon. For those who have read Kanyon’s posthumously-published autobiography (written with Ryan Clark) Wrestling Reality: The Life and Mind of Chris Kanyon, Wrestling’s Gay Superstar much of what was told on Dark Side will be familiar but for the casual fan, the show is a look at a talented performer from the era of the “Monday Night Wars” who never reached his potential, partly through circumstance, and partly because of his own demons.

Unlike previous episodes of Dark Side of the Ring, which have suggested that the wrestling business was to blame for this or that individual’s problems and/or demise, I’m not sure that Kanyon’s own story fits so neatly into that narrative.

Featuring interviews with Diamond Dallas Page, Chris Jericho, AEW wrestlers The Young Bucks and Brian Cage, and most crucially James Mitchell (along with a variety of younger stars that had once been mentored by Kanyon), the episode tells the story of a man beset by an inner turmoil, a confusion in his own life that predated his involvement in professional wrestling.

Of course, to the fan watching at home, that inner turmoil was deeply hidden, a turmoil that was centered on his seeming inability, in most every facet of his life, to accept that he was a gay man. What we find out in the episode is how well-hidden Kanyon’s sexual orientation was from his fellow wrestlers, his friends, and his family and with attitudes as they were in those days, particularly in pro wrestling, Kanyon, from a career standpoint may have made a wise decision in keeping that part of himself private.

But one can’t argue that his decision to live a closeted life, led to a deeply painful existence for him.

Inside the ring, Chris Kanyon was a very talented performer who first came to prominence in WCW in the mid-1990s with the Mortis character, managed by James Vanderburg (James Mitchell). With the advent of the New World Order in 1996 and a heightened emphasis on “reality-based” storylines in WCW, Kanyon shed the Mortis character, and found himself in a number of storylines, many of them involving Diamond Dallas Page. And yet, despite being christened the “Innovator of Offense” by Mike Tenay he was unable to break through to the main event status in WCW, a common predicament for many of his fellow wrestlers at that time.

And even then his higher profile in the wrestling world came with an unexpected cost, as he became even more paranoid about his “secret” being revealed.

Kanyon reemerged with WWE when the “Invasion” angle commenced in mid-2001. Early in his tenure with WWE Kanyon became a more featured performer and was given the U.S. title by Stephanie McMahon on July 26, and on August 9, he would team with Diamond Dallas Page and captured the tag team titles. Kanyon and Page would go on to lose the titles to the Brothers of Destruction (Kane and the Undertaker) in a steel cage match at the SummerSlam pay-per-view just 10 days later.

Told by Vince McMahon that he had “big plans” for him, Kanyon’s career seemed to be on an upward trajectory, as he took advantage of his creative in ring abilities and appeared to be developing a persona to complement them, but as Dark Side of the Ring shows, his life beyond the ring was heading further downward, which was accelerated when he tore his ACL in a dark match against Randy Orton on October 29, 2001.

Unable to perform in the ring, Kanyon’s depression and erratic behavior became more prominent. And the episode delves into his out of the ring moments with numerous examples of a man unhinged. Kanyon would make his return to the WWE on the February 13, 2003 episode of Smackdown with an ill-advised appearance when he surprisingly emerged from a large crate dressed as Boy George and sang the 1983 Culture Club hit “Do You Really Want to Hurt Me” to The Undertaker, prompting a vicious and brutal attack. Whether intended or not, this seeming “play” on Kanyon’s sexuality benefited no one, least of all Kanyon himself, and he was released from the WWE a year later.

Kanyon would subsequently bounce around the independent circuit for the next couple of years, and help train aspiring young wrestlers, all the while hoping for that return to the WWE that never came, and toying with the thought of coming out as the “first” openly gay wrestler. And yet his demons only took a deeper hold. He admitted attempting suicide in 2003 and three years later openly “came out” and began publicly proclaiming that his WWE release was due to his homosexuality, an accusation that was very publicly denied on a 2006 appearance on the Howard Stern Show, when Kanyon was told by Ric Flair that he was released because he wasn’t “good enough.”

Finally diagnosed as suffering from bipolar disorder, Kanyon openly threatened suicide in the weeks prior to his death. On April 2, 2010, he was found dead in his Sunnyside, Queens, apartment. Found nearby was an empty bottle of antidepressants and the drug Seroquel.

Watching the episode, one can’t help but wonder if anyone or anything could have saved Chris Kanyon from his eventual fate. No doubt, he was a very talented in-ring performer, who had the potential to become a bigger name in professional wrestling, but one also has to acknowledge that for all the things holding him back — and there were a few — perhaps the biggest one was Kanyon himself.