All Out live was a major grand slam 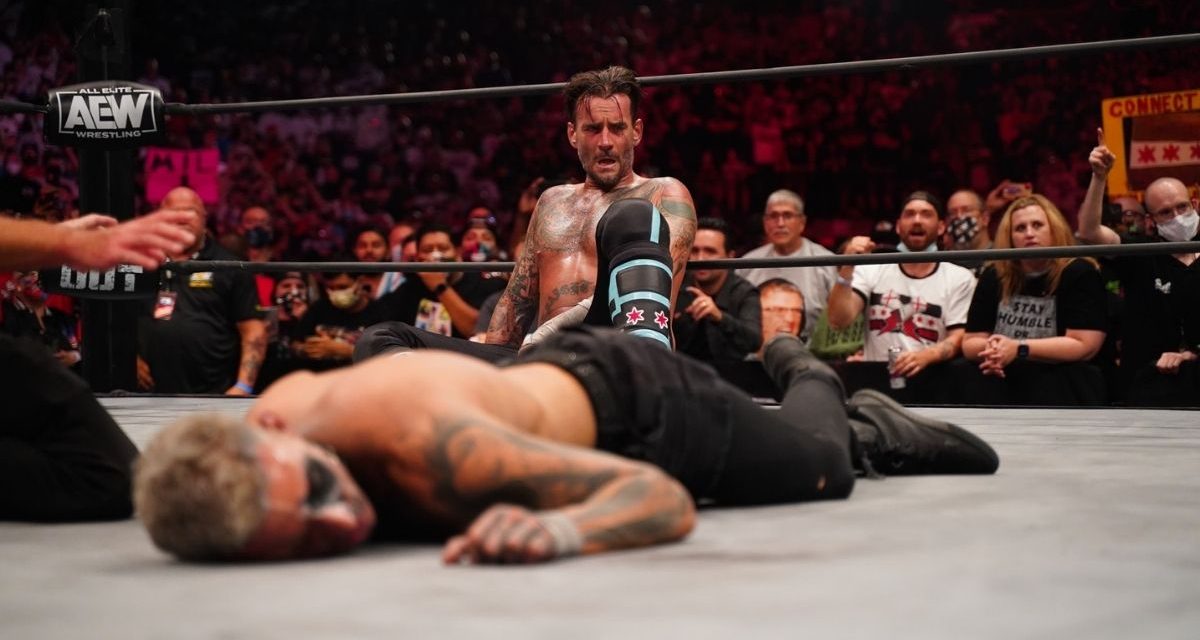 If it wasn’t clear before, it is now: All Elite Wrestling has the professional wrestling world feeling some type of way.

All Out on Sunday saw the roof blow off the building with the promotional debuts of Bryan Danielson, Adam Cole, Ruby Soho and New Japan Pro Wrestling’s Minoru Suzuki as AEW made a major statement in front of more than 10,000 rabid fans at NOW Arena in suburban Chicago.

As time goes on, All Out will be remembered for these big debuts, but from top-to-bottom, this should go down as one of the greatest shows in the history of pro wrestling.

To put it lightly: AEW hit a grand slam.

After the show went off the air, Danielson grabbed a mic and delivered a powerful message to the fans. He started by talking about how he loved working for WWE, drawing boos from the crowd, before noting the three reasons he signed with AEW. First, the talent, new and old in AEW. He mentioned how appreciative he was for those who paved the way in the company, both the established stars like Chris Jericho and Jon Moxley and the younger stars are well.  Second was the AEW fans and third is he is a wrestler. He noted he used the term in WWE when he wasn’t supposed to and “I am here to goddamn wrestle!”

Then, to send the crowd home very happy, Danielson exclaimed, “so, AEW, let’s f—-ing go,” to a thunderous ovation.

The crowd was festive from the very beginning with the Buy In 10-man tag match and all the way through the show. However, it was the steel cage match for the AEW World Tag Team Championship between the Young Bucks and the Lucha Brothers that tore the house down. The Bucks have been so dominant and so obnoxious for so many months now that the crowd was trying to will the Lucha Brothers to victory. This match was a go out of your way match to see with so many innovative moves and a truly wonderful match that went by in a flash. The arena exploded when the Lucha Brothers captured the titles.

In the first of many surprises, Suzuki challenged Moxley after Moxley’s win over Satoshi Kojima. The two had the crowd eating from their hands as they walloped each other in the center of the ring. Ruby Soho was beloved as the surprise entrant and eventual winner of the Casino Battle Royal.

By the time CM Punk entered the arena for his match with Darby Allin, the crowd was ready to explode for its hometown hero. Punk’s first match in seven-plus years certainly delivered. He did not appear to show much rust and even broke out some new offense and was even able to play the role of the power man against the diminutive Allin. When Punk vanquished Allin with a second GTS, the crowd shouted with glee and gave Punk a proper send-off after the win.

Overall, it cannot be understated how monumental of a show this was for not only the fans, but those inside the ropes as well. Everyone, from the crowd to the wrestlers, were on fire, the performances were off the charts and the show delivered one of the best top-to-bottom events in history. What a time to be a professional wrestling fan.

Adam Cole, Bryan Danielson are icing on the cake of sweet All Out 2021