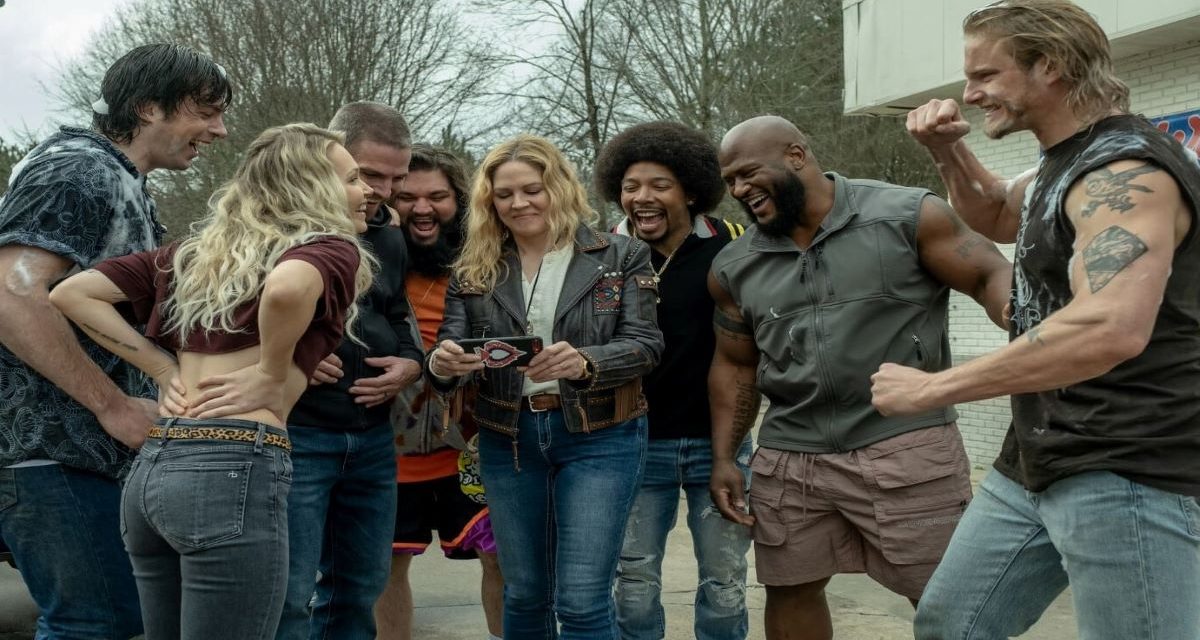 We are starting to see a different side of the wrestlers of the DWL, and there are some high and lows to cover on this recent episode of Heels on the STARZ channel, shown at 9PM EST and streaming online.  Most of the episode shows a different side of “Wild Bill” Hancock (played by heavyweight champion character actor Chris Bauer), and we definitely see a *whole* lot of Wild Bill…literality.

Starting from an ivory corporate tower at the promotion “up north”, which *might* be code for some other real-life organization (he wrote, slyly winking to his audience), Wild Bill is hearing some yuppie suits wanting to change the main title belt to include blinking lights.  Wild Bill then goes to losing his collective mind (and millions of mini-bottles of Jack Daniels) on a flight to hilarious and cringe-worthy sights, using said belt to cover up things…down there (unsuccessfully), all the while calling the corporate hacks some very unprofessional (though, probably, very accurate) words for all to film on their smartphones.  He then heads back to Willie (Mary McCormack) in Georgia, licking his wounds and staying at her house, and continuing to self-destruct further and further.  Their backstory, as Willie relays to Jack Spade (Stephen Amell) is not only comical but oh-so-cringe-y, continues to show that Willie is no pushover to anyone, including when Wild Bill goes way over the line with her.

This also leads to Jack and Staci Spade (Alison Luff) having to stay at Jack’s mom’s house after a fire started at their home.  We not only see Carol (Alice Barrett) still dealing with the grief of her husband, Tom “King” Spade, to suicide (as shown on the last episode), but also the show focused on the anger and unresolved issue of a family that is grappling with how that not only shattered his life but the blowback for the survivors that is still left unresolved. 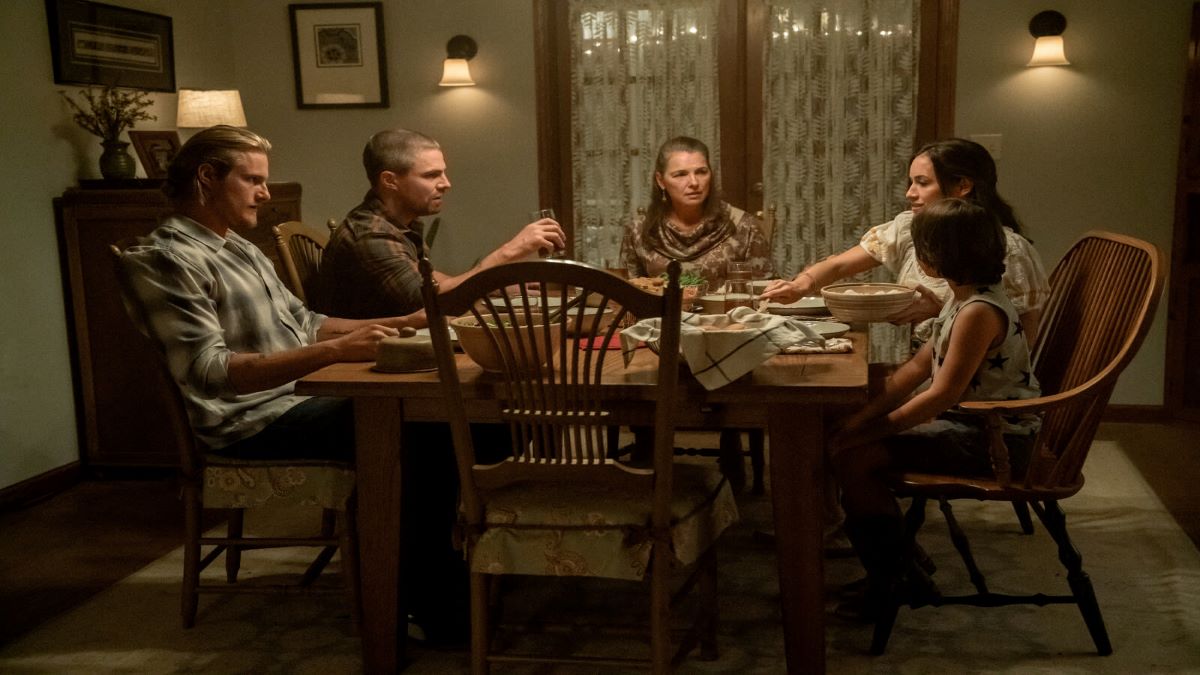 Even though this episode was filmed well over a year or so, this is a very fresh wound to see, especially in the wake of Daffney’s tragic demise, and no doubt the scene where the subject comes up at dinnertime and Carol telling her grandson what happens to people in the afterlife is not an easy thing to see, so please take care if this is a triggering scene, but the discussions afterwards are important to see.  Watching Ace (Alexander Ludwig) talk to his nephew Thomas (Roxton Garcia) about what happened, and Ace really talking to his mom about how’s his dad’s death has affected him shows another side of Ace other than the douche-tastic, one sided affair we have witnessed thus far.  It’s those types of moments on TV that everyone, especially on the issues of mental health and wellness, should be watching and taking notes on how to have that talk.

Meanwhile, the show also focused on Crystal (Kelli Berglund) and Bobby Pin (Trey Tucker) trying to develop his character to get a big push, which included trying to show Crystal the worst auto-tuned rap intro music ever, to a gimmick where Bobby goes retro in hot pink trunks/white fur coat combo as “Bobby ’85.”  In the hands of a  lesser actor, Bobby Pin would be nothing more than bland comic foil, but over the last four episodes, Tucker brings forth a side of Bobby Pin that registers with everyone as a doof with a lovable good guy side that, as Crystal begins to realize, is a natural “face” to counter against Ace Spade’s recent turn as a “heel.” 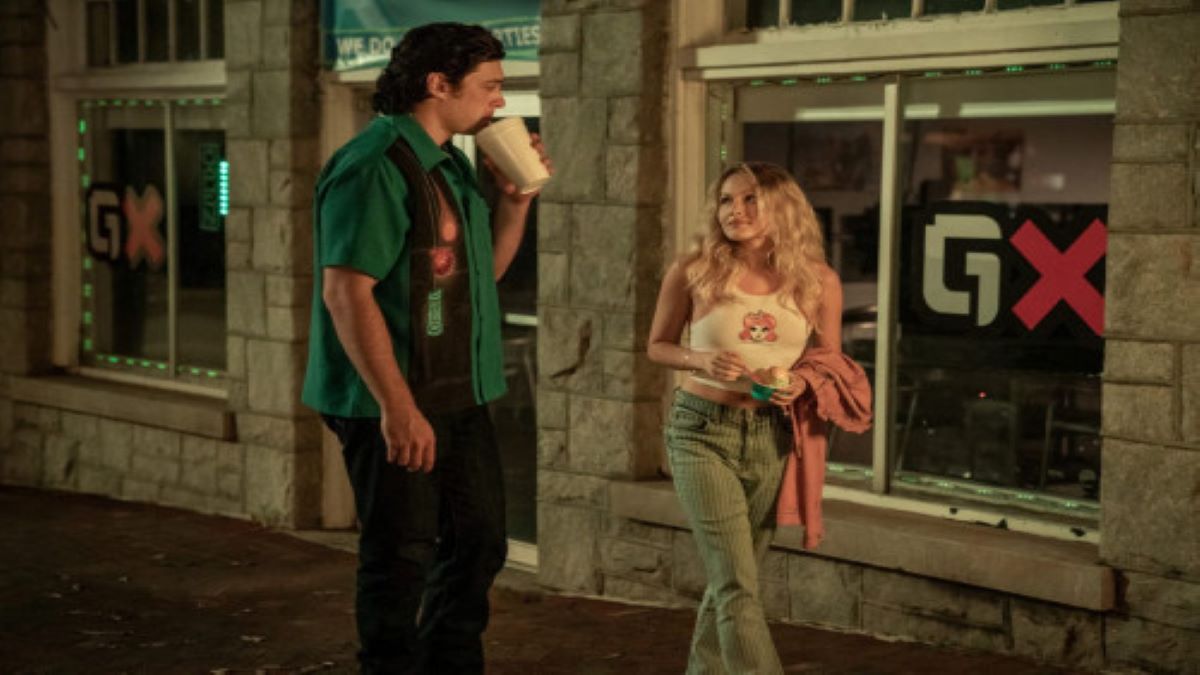 Both Crystal and Bobby are having the beginnings of a nice “meet-cute”, but Crystal, still working on the outside and still not seen as a true peer (especially to Jack Spade), wants to still keep things kayfabe, especially since she is still the valet to Ace.

The best part of the episode is where Ace and Jack have a sit-down and Ace gives Jack some ideas of a creative direction for a new promo that has Ace flex his showmanship muscles and help Jack script out and shoot a fight scene with he and Bobby Pin duking it out through a car wash, ending with Jack offering the winner a shot at the DWL heavyweight title.  It’s the first time that you see all the talent at DWL start to come together for the greater good, and it shows another side of Ace having some good ideas to help out the smalltime federation, especially since Jack’s and Willie’s presentation with their main sponsor falter and Jack is really starting to feel the pressure financially, and Staci decides to get a part time job to help out and not just end up like Carol dependent on the wrestling side, but also having her own life.

If anything, the show is all Chris Bauer.  Before this episode, the closest portrayal anyone ever saw of a wrestler past his glory days was the raw performance by Mickey Rourke in his Oscar nominated role as Randy “The Ram” Robinson in The Wrestler.  But in that instance, you only saw the aftermath and never what caused his fall from grace.  Bauer dives into that area with his portrayal of Wild Bill with gusto, and manages to show a side of the wildman who is comically and tragically starting to spiral out of control, and there does not look to be an upside on the horizon.

A reader described this show recently as the wrestling equivalent of “Friday Night Lights”, and that is an apt description of how a major sport (in this case, professional wrestling) weaves its way through the everyday life of a small town like Duffy, GA.  This is a show that continues to give fans and non-fans alike another side of life behind the squared circle, and how those interactions are starting to play out are just as fascinating to see outside the ring.

Come back next week at Slam Wrestling for more reviews and coverage behind Heels.