Behind the scenes of ‘Heels’ with Michael Waldron & Mike O’Malley 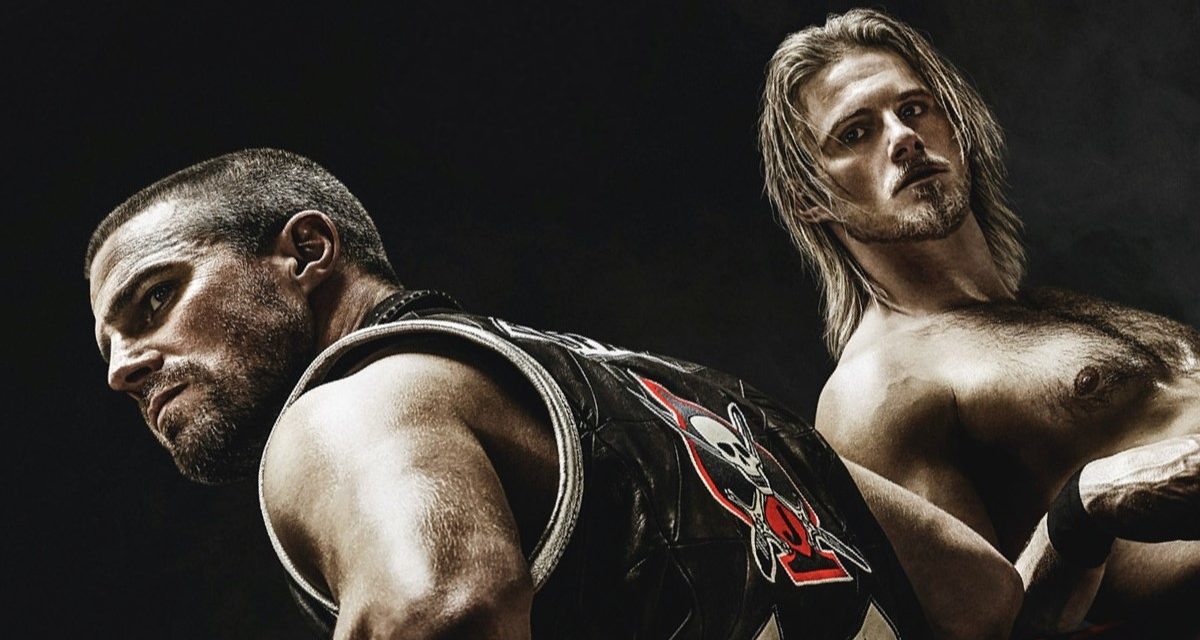 Tonight, at 9:00 pm EST on August 15th, cable television network STARZ is set to premiere its newest drama series titled Heels. The show focuses on the lives of two brothers, Jack Spade (the heel) and Ace Spade (the face), who serve as rivals in their late father’s independent promotion DWL (Duffy Wrestling League) in rural Duffy, Georgia. Behind the creation of the DWL and Heels are creator/writer/producer Michael Waldron and producer/showrunner Mike O’Malley. Both recently spoke with SlamWrestling.net about the formation of the show and what they’re most looking forward to in the future of Heels.

O’Malley’s work in Hollywood includes many castings as an actor in film and television; some of these credits include a short-lived TV series centred on O’Malley himself called The Mike O’Malley Show, a main series role on CBS’ Yes, Dear, and an Emmy-award nomination for his role as Burt Hummel on Fox hit musical series Glee. Waldron’s work in Hollywood includes his credits in hit television programs Rick & Morty and the Disney+ exclusive Loki. He is also a writer for the upcoming Marvel film Doctor Strange in the Multiverse of Madness, set for release on March 25, 2022.

It was Waldron, self-described wrestling fan, who started the process for Heels. “I wrote the pilot, back several years, probably back in 2013 or 2014,” he begins. “Then we sold the show to STARZ, and with them I wrote a second episode and we continued to develop the show. In 2017, they picked it up to what’s called a mini-room, which is basically a writer’s room without a production commitment. I worked with my team of writers to break out the rest of the season and get drafts written on the rest of the episodes.”

“I got through re-writing a couple of those and STARZ then decided to put the show on the shelf for a while,” Waldron continues. “I went off and did some other things, and then in 2019, STARZ decided they wanted to bring this thing back to life. And the key ingredient there was my friend, Mike O’Malley coming in as the showrunner. Mike and I worked together, getting the scripts in shape, and Mike did a lot of writing work on the show, bringing his own great ability to it. And so, you know, writing any full season of anything is just a total team effort.”

O’Malley steps in to seemingly deflect the praise that Waldron is giving him, re-directing it back where it came from. “Look, I want to say this, with my writer hat on, Michael did the hardest thing, which is creating a new world, creating all the characters, and creating a tone for the piece,” O’Malley explains. “The thing about working on this which was exciting for me is that the hardest part was already figured out, and I mean that sincerely. Then it’s how do you not mess it up, really.”

Along with so many other productions, not to mention everyday life, the production team of Heels had to adapt to life under COVID-19 safety protocols. O’Malley provides some interesting insight as to how it affected an artistic form of business like filmmaking. “Filmmaking is collaborative, you know, and COVID hurt that collaborative spirit,” he says. “You’re masked up, you’re away from each other, the camaraderie that you build off-screen, on the set, after work, that was all eliminated from it and it turns work into very much a task-oriented endeavour which is not really why people go into filmmaking. It’s something that everyone across the world dealt with, but having to wear a mask and not be close to people when you’re trying to communicate ideas about how to do things and refine something, that’s difficult.”

One other task that the writing crew had to navigate was how to balance storytelling for wrestling fans against viewers who know nothing about the sport. Waldron, though, doesn’t see a big difference between writing a story based on wrestling from a story based on any other specialty.”It’s not unlike writing a science fiction show,” he explains. “You want to give enough exposition that the audience understands the world that they’re in so they can get swept up in the emotional adventure. That’s what’s important. You never want to feel like the audience is tuning in for a history lesson or a how-to video, and so you trust your own instincts.”

That being said, Waldron admits that he brings the wrestling fan with him into the writing sessions, and can be counted on to put in as much legitimacy as possible. “I can represent kind of the diehard fan because I grew up so obsessed with the world” he continues. “Everybody else is kind of like ‘Okay, man, relax.'”

O’Malley chimes in with one specific example of how Waldron utilizes characters within the show to open up the world to viewers who know nothing about wrestling. “One of the things that Michael came up with, which was great, was when Stacy, the lead woman on our show and Jack’s wife, has some friends unexpectedly come to town, and they want to go see what (the wrestling event) is all about,” he explains. “When a certain move takes place, this woman who doesn’t know anything about wrestling, she’s like ‘Are they allowed to just donkey kick somebody in the balls?’ And Stacy goes, ‘No.’ ‘Why are they booing?’, ‘Well, because the guy’s turned heel.’ That’s all deftly handled.”

Waldron adds on to this idea: “Sometimes people like watching shows about things they don’t know anything about, just because they like watching characters be experts,” he says. “So some people might watch Jack Spade and Willie talking about how to pull off a wrestling event. They might not know what the hell they’re talking about through 50% of the conversation, but what they do know is they’re good at what they do, and that’s what they’re tuning in for.”

With hopes of the show’s success and future seasons to come, Waldron also knows there is a wealth of characters, history, and legends from the world of wrestling that could inspire future happenings in the Duffy Wrestling League. Some of them, in fact, have already made it into the show. “I mean, there’s an incident on a plane in our show, perhaps inspired by certain infamous plane shenanigans in the history of wrestling,” he admits. “If we’re fortunate enough to get to continue, we can perhaps invest a little more in the show within the show. What’s our version of a takeover storyline, something like the NWO takeover or stuff like that. That’s an exciting opportunity to do our nods to the great feuds and what I think are the great storylines in wrestling history.”

First up, of course, is season one, which officially kicks off tonight at 9:00 pm EST on STARZ. You can also stream the episodes anytime through the STARZ website or their mobile app. Be sure to stay tuned to Slam Wrestling for more interviews with cast and crew, and reviews of each episode.