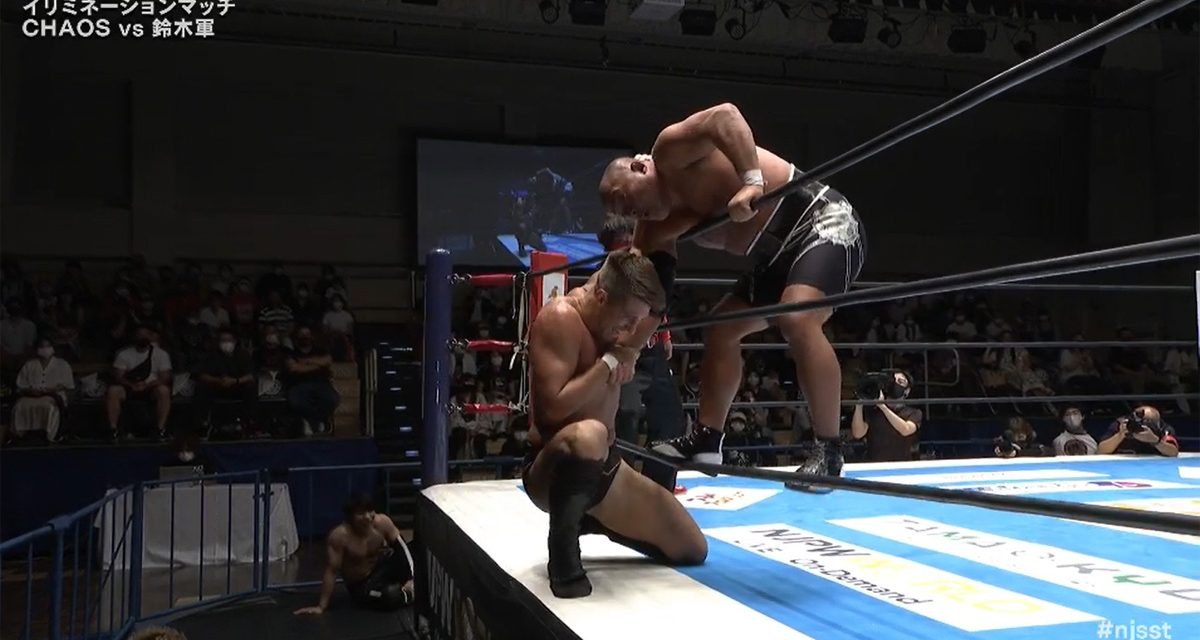 It was a battle to the very end between Suzuki-gun and Chaos in the main event of the last Summer Struggle event of July. The two factions faced off in a tag team elimination match.

Suzuki-gun jumps the bell and Chaos taking the fight to the floor. Hirooki Goto is the first to be eliminated as he is kicked off the apron by Taichi. Almost immediately, Yoshi-Hashi sneaks up behind Taichi throwing him over the top rope and to the floor.

Yoshi-Hashi is out on the apron holding on for dear life with the bottom rope. Eventually enough kicks from Sabre Jr. loosen his grip and push him to the floor. As Ishii and Sabre Jr. battle in the ropes Sho comes running over and his shoulder tackle sends Zack flying. Zack, Taichi, Goto and Hashi get into a shoving match on the floor as the match goes on. 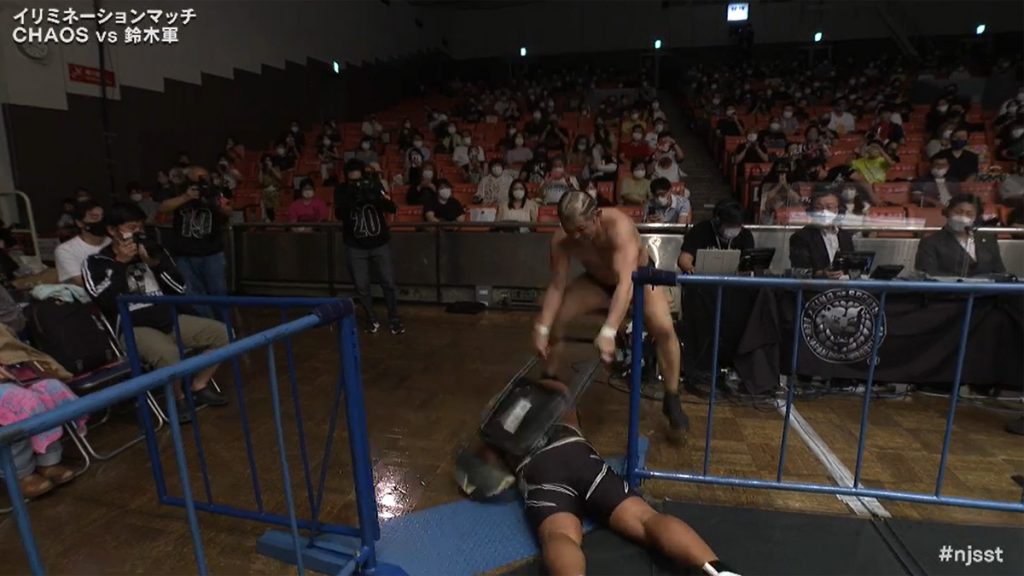 Minoru Suzuki beats the tar out of Ishii on the floor before smashing him like seven or eight times with a steel chair until they are both counted out. By the time Suzuki is finished the chair is just mangled metal that he uses what’s left to choke out Ishii. El Desperado finally pulls Suzuki off. Suzuki roars in Desperado’s face. Suzuki has to be pushed to the back by three Young Lions.

Eagles hits the Turbo Backpack on Wato and then makes him submit to the Ron Miller Special. Eagles bumps fists with Wato after the match to show there are no hard feelings.

Gedo gets taken out before he can use the brass knuckles again. Yujiro tries to use his cane on Naito. Naito kicks him in the head. Evil brings in a steel chair battering Sanada and Naito with it. He hits Takagi who blocks it with his bare hands. The crowd cheers as Takagi throws the chair out of the ring. Bushi pins Gedo with MX. Evil hits Takagi in the head with the IWGP World Heavyweight Championship in the head so hard that a part of it actually breaks off.