Chaos still the champs in NJPW 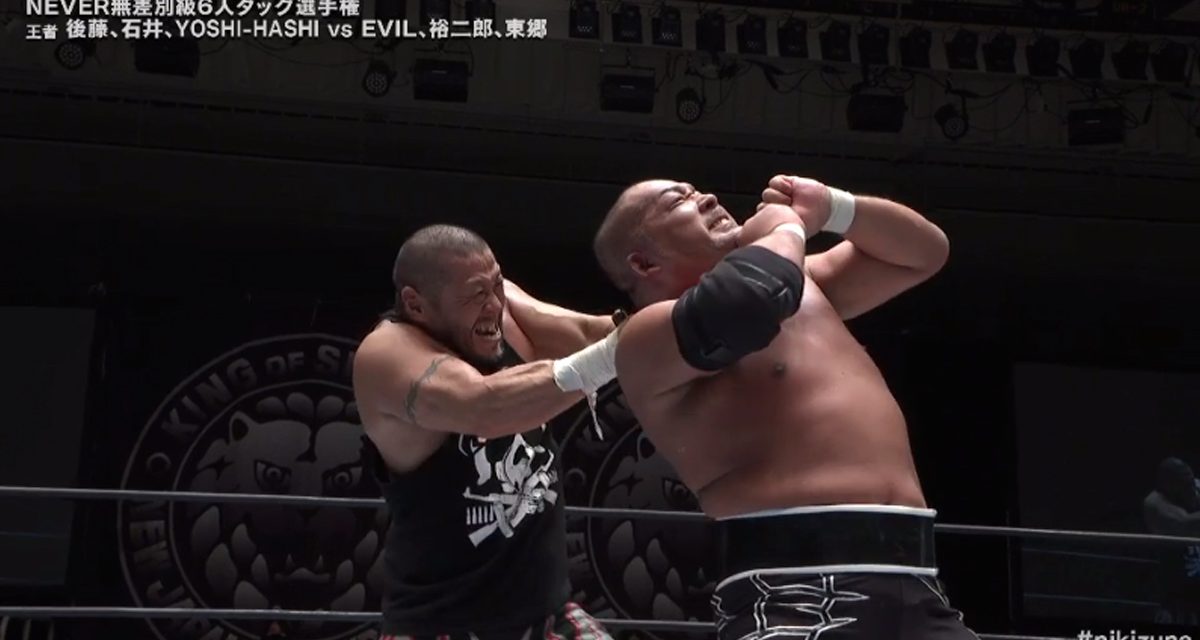 There was some good news for Bullet Club and NJPW fans though as their valet Pieter returned at the first night of Kizuna Road after being absent for quite some time.

As Red Shoes took the title belts for safe keeping Evil ripped them out of his hands giving them to his Bullet Club pals. Bullet Club posed with them and then used the belts to clobber Chaos. The bell rung and the fight went to the floor where Chaos was rammed into the steel barricade. Things were not looking good for the champions.

Ishii takes a Conchairto from Evil that knocks him to the arena floor. Surprisingly, Yujiro takes over on Goto back in the ring paint-brushing him to his feet after knocking him down. Yoshi-Hashi got the better of Evil as well with two chops that echoed throughout the arena and a spinning neck breaker. On the floor it was all Evil who bounced Hashi off the barriers. 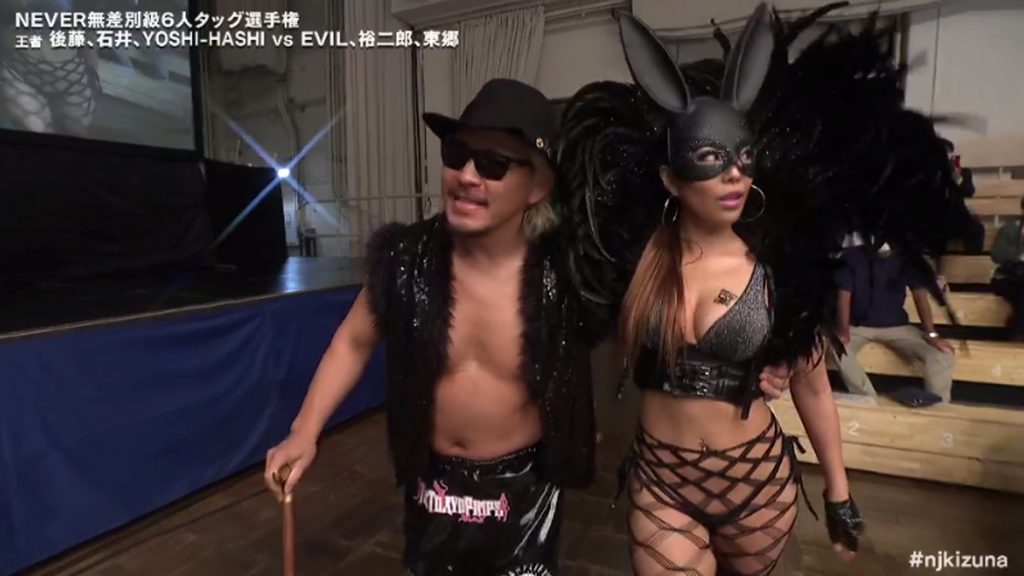 Pieter has made her NJPW return. Courtesy: NJPW.

Proving that their collective destiny is to be a tag team in NJPW, Hashi and Goto ring Evil’s bell with a series of double-team moves that almost pin him. Hashi snaps on the Butterfly Lock. From the floor, Togo tries to reach for Evil’s leg but he is too far away. Evil has to be creative to escape so he grabs Red Shoes by the hair. Togo hits Hashi across the back with a steel chair and than ends the Butterfly Lock.

Togo is about to garotte Hashi but Ishii pulls him off the apron before he can squeeze one breath out of Hashi. A sit-out powerbomb from Evil has Hashi kicking out at two, bad back and all.

Yujiro pushes Red Shoes into a charging Hashi. Red Shoes goes down as if he was hit by a truck. Evil waffles on Goto and Ishii with a steel chair. Evil holds Goto so that the Tokyo Pimp can nail him in the head with his cane. Yujiro does the same with Hashi. Yujiro and Evil are the only two standing. They pick up Ishii and clobber him with the cane too then work him over with a steel chair. Togo gives Ishii a double underhook facebuster on the chair while Yujiro rolls Red Shoes back in. Ishii kicks out of Togo’s pin and then amazingly a Magic Killer as well. Togo screams at the crowd in frustration. He drops Ishii with yet another double underhook facebuster…just not on a chair this time. Goto comes to Ishii’s rescue slamming Togo off the top rope. 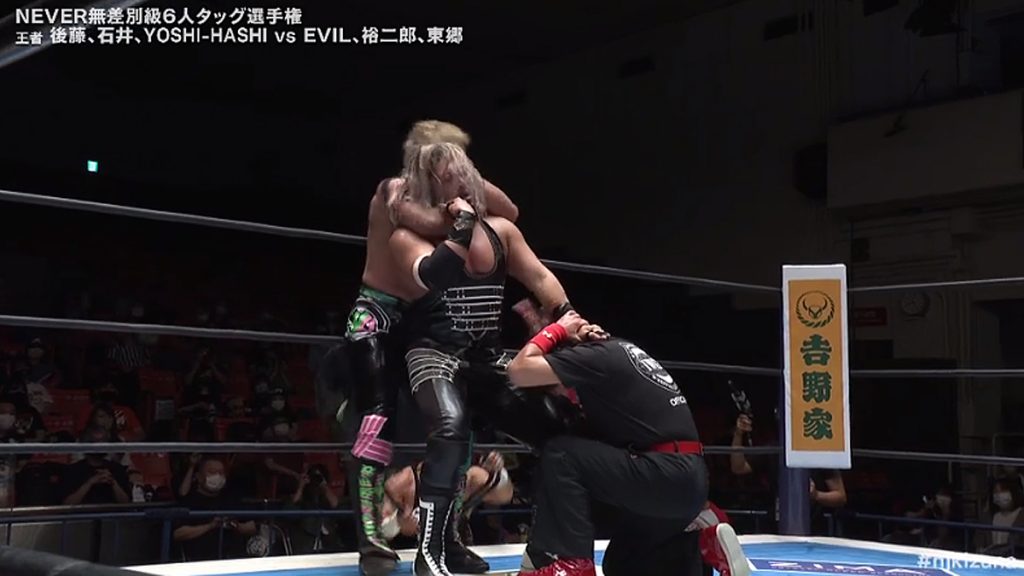 Togo totally throws the rule book out the window by choking Ishii with his garotte. Ishii gets his hands under the wire and fights out of it. Ishii puts Goto, Evil and Yujiro down. A lariat and a Brainbuster pins Togo and Chaos retains the titles.

Another impressive match from Uemura. He misses a flying body press though and is pinned by a buzz saw kick to the head and a Last Ride.

Following a big brawl, Sho and Yoh put Gedo away with their 3K finisher.

Naito pisses Tenzan off by constantly backing out of lock-ups. Bushi grabs Tenzan from behind opening him up for a beating by Naito. Tenzan turns things around with a shoulder block and some Mongolian Chops. Kojima and Nagata join in on the fun. After being throttled for some time, Ibushi tags out to Kojima who lowers the boom on Bushi with his machine gun chops in a corner. Naito steps in and he gets some as well. Bushi eats yet another pinfall for Los Ingobernables as Kojima survives a super kick to the head to pin Bushi with his Lariat. Champion Takagi jaw jacks with Ibushi after the match.