LIJ comes up short again at Road to Dominion 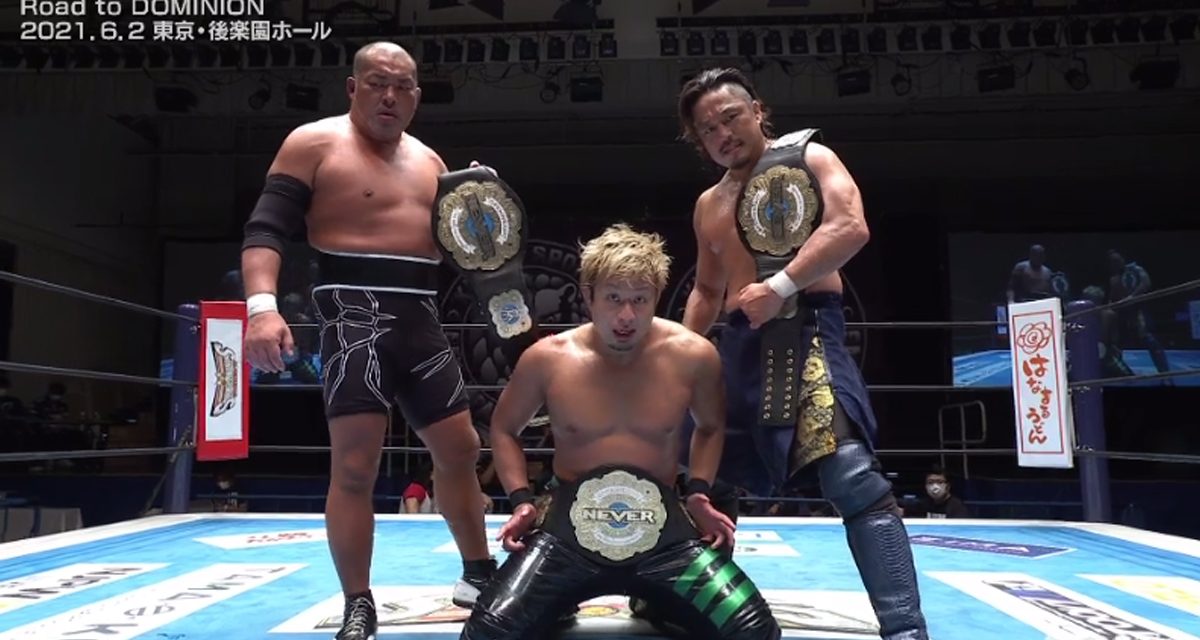 Los Ingobernables de Japón’s crappy 2021 continued on as the faction failed to win the NEVER Openweight Six-Man Tag Team Championships from Chaos (YOSHI-HASHI, Tomohiro Ishii and Hirooki Got0) in the main event of night two of NJPW Road to DOMINION.

Bushi was the fall guy once again for LIJ as he he tapped out to Yoshi-Hashi’s Butterfly Lock. 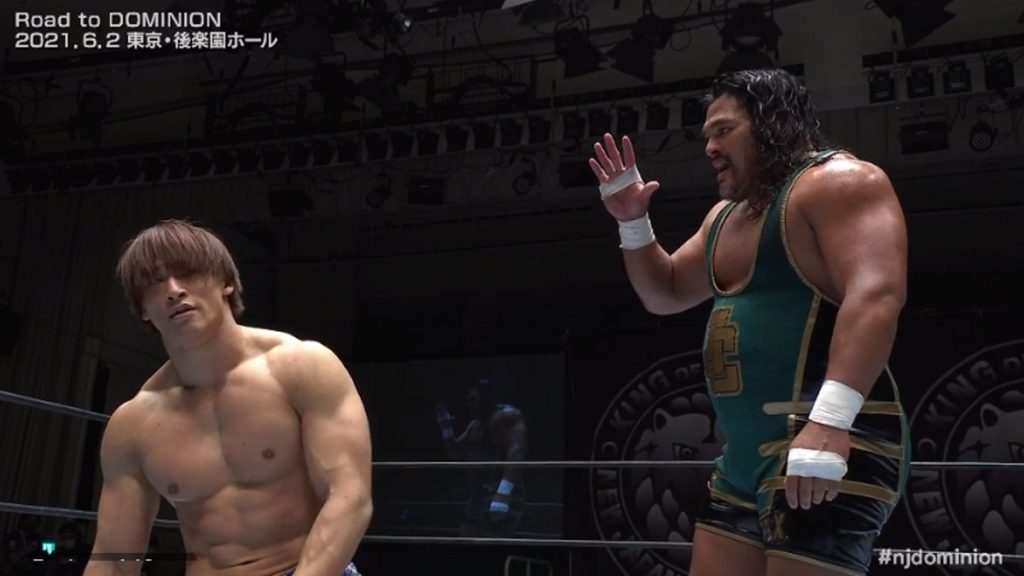 Ibushi has finally had enough of Jeff Cobb. Courtesy: NJPW.

As Dominion on June 7th draws closer, Jeff Cobb and Kota Ibushi’s feud burned out of control on night two as well. Cobb has made it his mission to hassle Kota Ibushi and tonight is no different, except this time Ibushi finally lost it on Cobb. As Cobb is jaw-jacking after their tag team match an angry Ibushi gets to his feet after checking on Master Wato. He and Cobb butt heads. Cobb grabs Ibushi by the throat. Ibushi fires back with a combination of punches. Cobb tackles him into a corner. They brawl on and on inside the ring as Young Lions try to separate them. Just as it seems they have been split apart, they fight on the arena floor for quite awhile.

“Hit me because it is not going to do s–t to me!” laughs Cobb daring Ibushi to give him a Kamigoye as the two were escourted back to their respective locker rooms.

For the second night in a row Ishimori wins the match for Bullet Club with a Bloody Cross on the Young Lion. 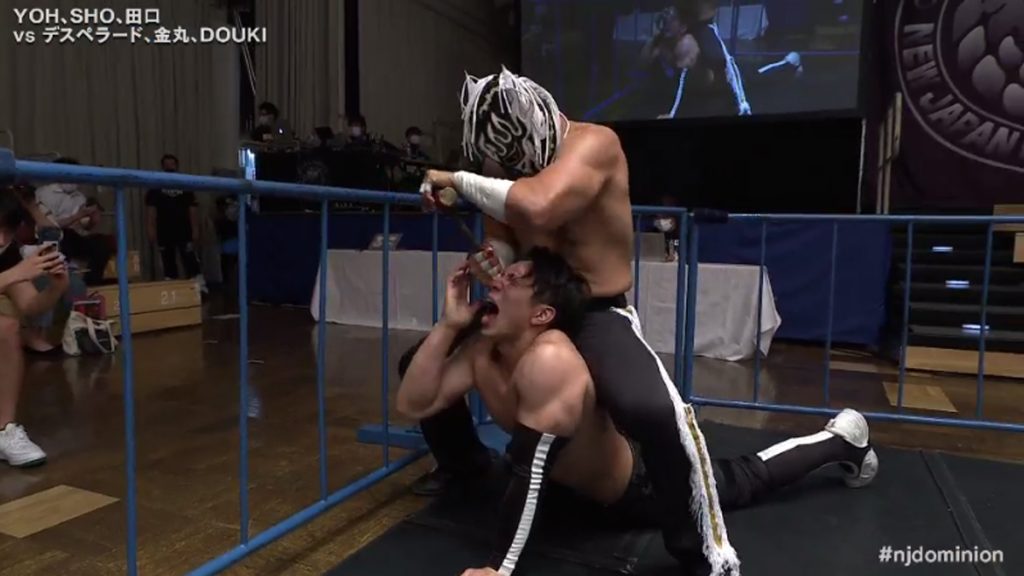 El Desperado gets creative as the fight goes to the floor. Courtesy: NJPW.

It seems Sho and Yoh have changed their entrance music. Not the greatest but still better than that electronic crap they had before. When the action hits the floor El Desperdo uses the bell hammer on Yoh’s head and eyes. Douki uses his steel pipe on Taguchi’s “Funky Weapon”. How rude! Yoh makes Douki submit.

A really short match. Miho Abe is not in attendance tonight. Bullet Club is pissed that they lost the titles yesterday and they attack before the bell taking out their frustrations on the Tekkers. The bell hammer is popular tonight. Gedo uses it on Suzuki’s head. Within minutes, Sabre Jr. has Gedo submitting.