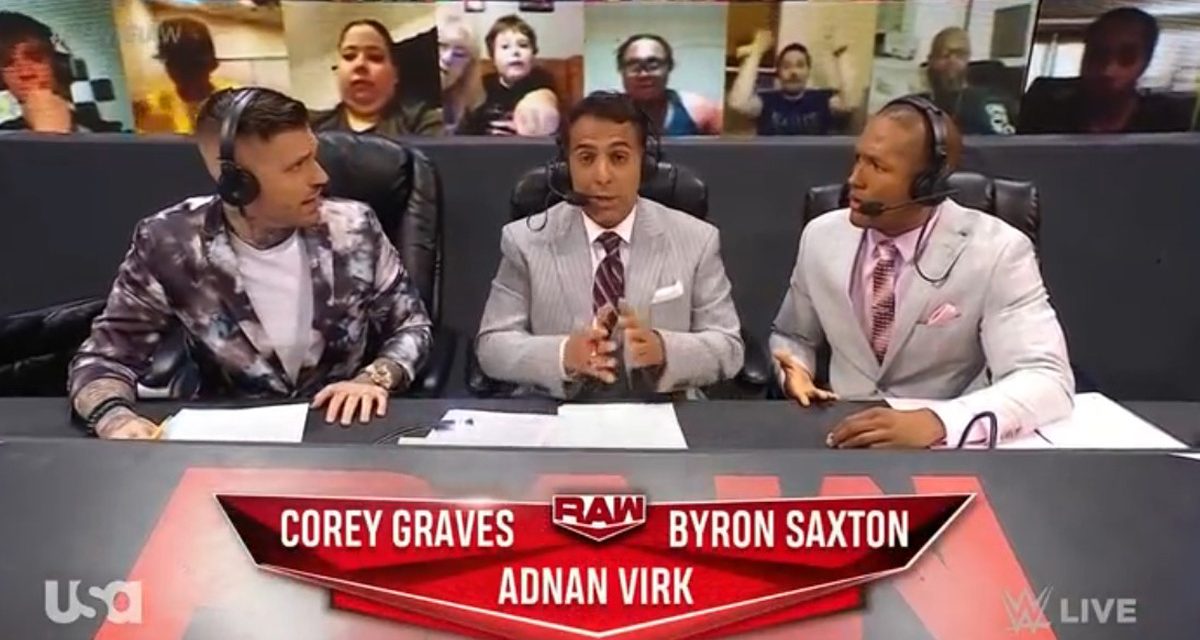 WWE announced in a statement today that they have mutually parted ways with lead Monday Night RAW announcer Adnan Virk.

WWE and Adnan Virk have mutually agreed to part ways.

Virk made his debut on the RAW following WrestleMania 37. He was brought in, along with Smackdown color commentator Pat McAfee, to bring a more “mainstream” vibe to the broadcast. His seven week tenure was not well received by WWE fans. Virk continues to work as a broadcaster for MLB Network and DAZN. In a follow up tweet, he indicated that travel had played some part in his decision to leave.

Thanks to @WWE for a wonderful opportunity. The weekly travel along with my other jobs was a grind for me and my family. Am grateful to everyone with the company especially @WWEGraves and @ByronSaxton for being such fantastic teammates. https://t.co/lrP0fCAMXz

WWE has not announced a replacement for Monday Night RAW. Virk had replaced Tom Phillips, who has not been seen on WWE TV since the move.