Behind the Gimmick Table: Before he was a ‘Hotshot,’ Johnny Devine was a mama’s boy 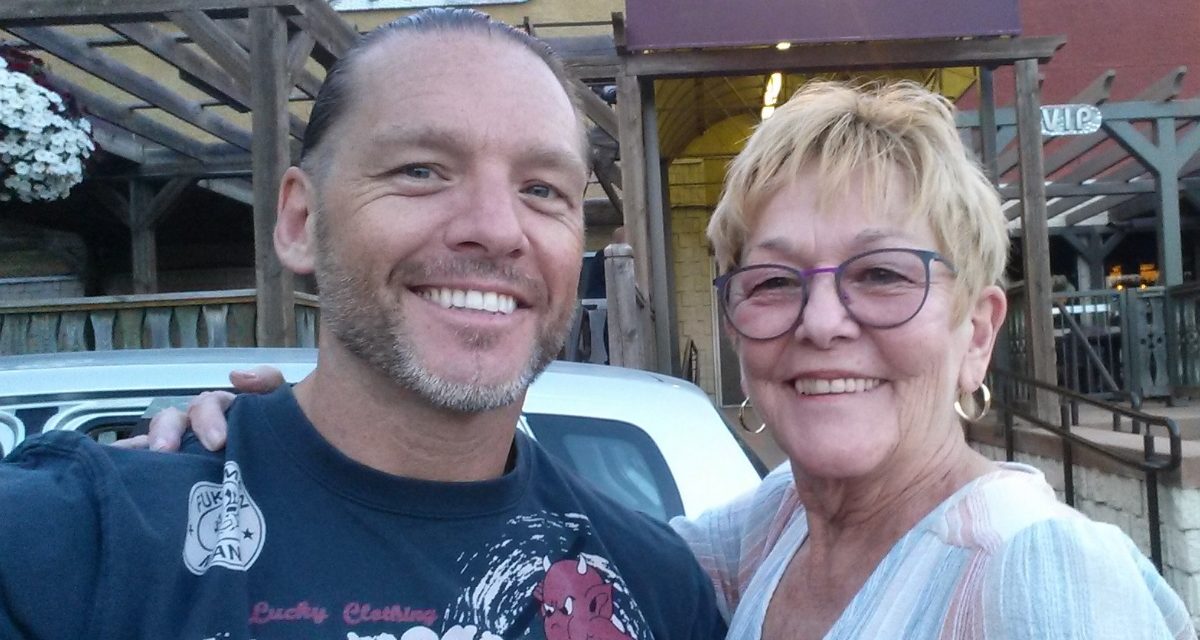 Johnny Devine owes much of his career to his mom. Very early in his life, they used to attend Stampede Wrestling events together venerable Victoria Pavilion. Neither of them knew that it would hook him for life.

Those shows were in Calgary, when he lived until the age of 5 under his original “alias” of JP Parsonage; next was the northern city of Thompson, Manitoba, until he was 12, followed by Winnipeg. Since Thompson was so remote — it’s almost an eight-hour drive north of Winnipeg — he saw no wrestling live in those years. Instead, to get his wrestling fix, Devine would pick up a wrestling VHS tape or magazine when they visited a bigger city. In short, it was a long way from being a “Hotshot” or a “Honey Badger.”

There were times Devine had to be sneaky to watch, and the television was in Mom and Dad’s room. “I would sneak into [their] bedroom to watch Saturday Night’s Main Event. I’d hide — throw a blanket over the television. They’d be asleep and I’d put the volume really, really low and they’d never know I was there,” confessed Devine to SlamWrestling.net.

Devine’s first opportunity to demonstrate his pro wrestling chops came in high school. He and a friend organized WrestleMania Day for Spirit Week. Students were encouraged to come to school dressed as their favorite wrestler and were offered a student-produced wrestling event in the gymnasium featuring JP Parsonage himself. “It was a sellout. It was great. We charged two bucks a head, we had 400 kids and we donated all the money to a [local] charity. At the time it was the most fun I’d had in high school.” 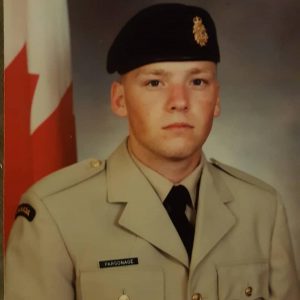 That was as close as Devine would get to the business for years. Stationed with the military in Calgary proved fortuitous.

The story of Devine’s wrestling training starts at WWF In Your House Canadian Stampede, on July 6, 1997, at the Canadian Airlines Saddledome in Calgary. Devine recalled the show as “absolutely incredible,” but his moment came when he faked it to make it. “After the show I just walked backstage. Jumped the rail, acted like I belonged there. It was there that I met the Harts and started my journey, as it were. If I hadn’t have done that I wouldn’t have had the same trajectory.”

One month later, Devine would be out of the army and pursuing his next adventure in the infamous Dungeon with Stu and company. “Once I started that, it was the only thing I thought about.”

The lessons there encompassed much more than just in-ring techniques. 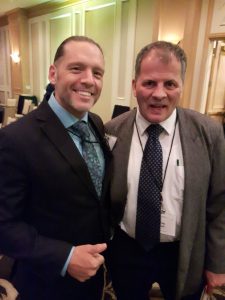 Even in Stampede’s waning days that Devine attended as a child, when merchandise was not a priority, programs were a staple of the promotion’s business. “Stu used to have old programs in his basement that would be worth a fortune now. I’d sit for hours looking through them.” Marketing was an important area of concentration that Devine was schooled in prior to debuting. 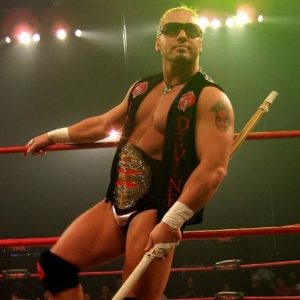 Thus, three months later “Hot Shot” (an homage to “Hot Rod”) Johnny Devine (alternate spelling of divine) had his first match complete with moniker and 8×10 photos. As a fan of Degeneration X and their “merchandise train,” his first shirt came soon after with their branding in mind.

During this time, the gimmick table culture was in a transition period. Prior to the 1990s, the protocol was for a babyface to give a cut of merch sales to his heels. In the days of kayfabe being respected, this worked out well, as an effective heel would not have fans wanting to buy his merch anyhow and was only there to bolster the babyface.

As Devine got his start in the business, he says this unwritten rule had become a suggestion that most did not follow. Today it is a distant relic of the past that even he has had to adapt to, albeit regrettably. 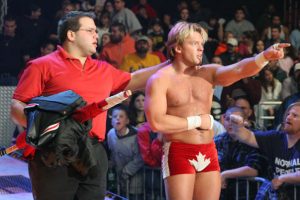 Although Devine did have runs in TNA/Impact, he said he did not get a fair shake, at least as far as merch is concerned. In fact he suspects “someone was attempting to actively bury me by choosing the worst photos possible when it came to promotional photos.”

After a stint “Havok” and another playing up his rugged-agedness, as “Honey Badger” Devine, he has rebranded himself through a Star Wars lens as a Sith Dark Lord. Despite wrestling being a rare merch commodity growing up, Star Wars was plentiful. “I was a huge Star Wars fanboy and still am. I had many of the original figs and Chewie and Han were my favorites along with Vader.” He has a shoulder dedicated to Star Wars tattoos with more to come and has a few modern collectibles. “I have to curb my nerd wants or I would spend thousands on stuff.” 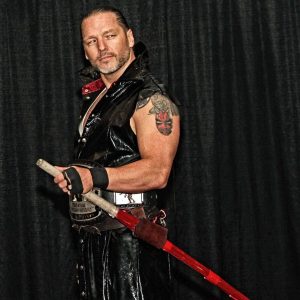 He is currently a “massive fan” of Jon Favreau and Dave Filoni’s series, The Mandalorian. “It’s brilliant and just what the franchise needs. So I expect there will be many new things on my must have list — jetpack, flamethrower, Force powers…”

Last year, Devine, 47, moved to Vancouver to pursue some acting opportunities. The COVID-19 measures have put that on hold as well as his scheduled wrestling dates.

But it all comes back to his mom, Shirley Sawchuk. The good son posted a nice message to her for Mother’s Day: 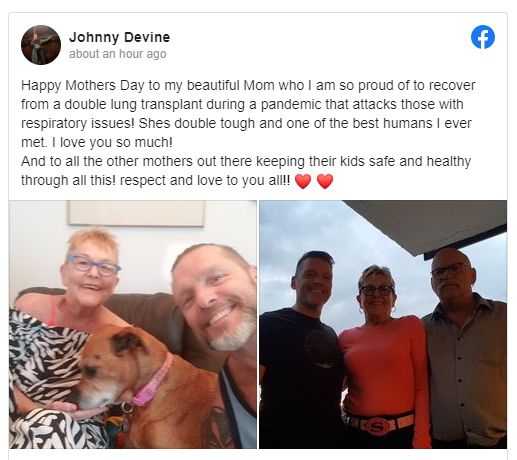