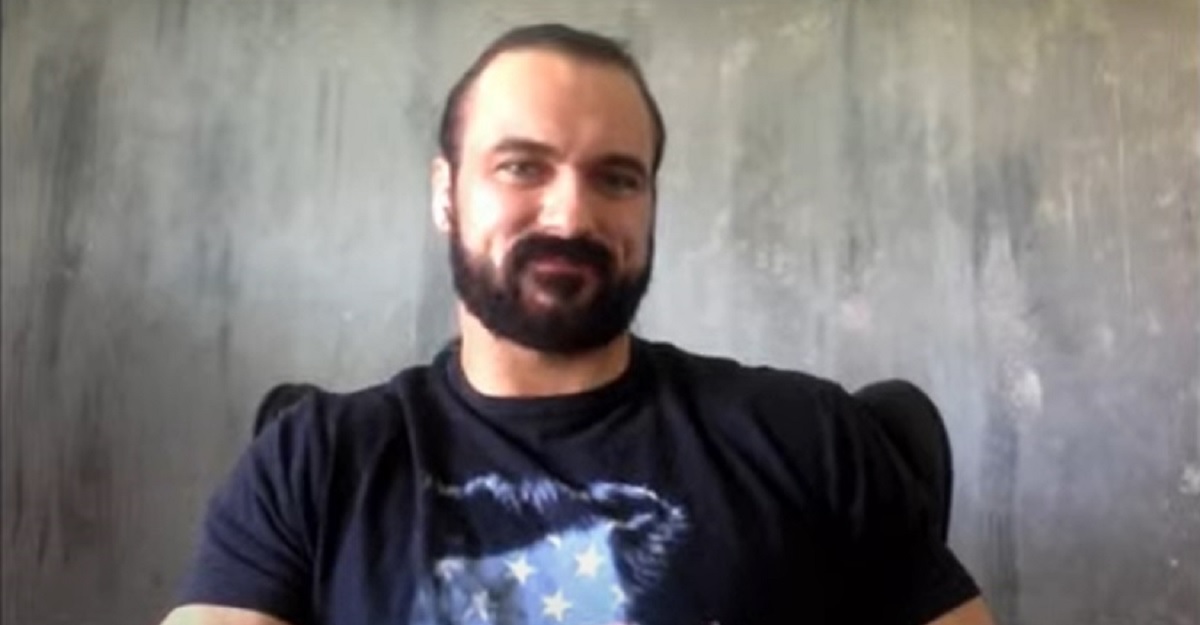 You have to wonder if Drew McIntyre would even be holding a virtual book signing to promote the release of his new autobiography, A Chosen Destiny: My Story if he had debuted as the character that was originally planned for him: Runway Man. “Thankfully, I didn’t,” he told the attendees of the event, put on by Premiere Collectibles, which specializes in selling autographed books.

“I think that was the original Fandango,” he said about the ill-fated Runway Man. “I was in FCW, and was finally moving into the singles scene. I got a call from John Laurinaitis, and he told me about a character that was a male model. He was going to have a legitimate runway, do the model strut to the ring, and go out and wrestle in my underwear. I mean, wrestlers already go out there in trunks, but when you lose the kneepads and elbow pads, you feel a lot more naked.”

“I went to television and I talked with Johnny and Vince [McMahon] about it. Vince asked me what I thought about it, and I told him, ‘If you are serious about it, I’ll make it work.’ I think he could tell from my vibe that I wasn’t feeling it. So, instead of being the Runway Man, I was the Chosen One.”

Despite being so christened – by Vince McMahon, no less, who introduced McIntyre for his debut TV match – McIntyre’s initial WWE run ended in a whimper. It was his journey back from this low point that served as an inspiration to write his book.

“My personal mindset,” he said, answering one of the questions submitted by one of the virtual Q&A attendees (anyone who ordered an autographed copy of the book from Premiere), “was that if I could help someone with my story – the story of somebody who got knocked down several times and kept picking themselves back up – especially during these times. If that helps just one person, then that’s what it’s all about.”

During the hour-long session, McIntyre talked about some of the main themes in the book, including his deep connection to two women in his life: his mother, and his wife, who he credits for pulling him up when he was at his lowest point – shortly after being injured in a match while on the UK independent scene.

“I had a broken neck, and had to take eight weeks off. It was the first time in my life that I’d been in one spot for that long. Before that, I wasn’t just burning the candle at both ends – the entire candle was burning bright. I was (drinking) – it wasn’t an addiction, it was a habit. But it was affecting me negatively, and it was affecting her negatively. She told me I was going to crash and burn, and that if it kept going, (she was) going to leave. We spoke, and I gave up the negative influences in my life.”

“Within two months, I was talking to Triple H on the phone about coming back to WWE.”

In response to another question, he named that Rumble match as his favorite career moment so far.

“Because that was the last big show we did with fans,” he explained. “That was my star-making night. People believed Brock was going to win the Rumble. I was doing some cool stuff before the Rumble, but not to the point that you think I would be the one to throw him out. But when I came out, to hear that crowd (believe in) me. To hear that reaction when I won, that was amazing. To finally get my moment and to hear that response – that was very special.”

Winning the title at WrestleMania was a thrill as well, he said, even though he wasn’t able to fully relax until after he watched it air on TV.

“It was pre-recorded. So it was like an out-of-body experience to watch myself win the championship. But, I always say that it’s not official until it’s official. I remember saying to myself, ‘What if?’ I thought, what if Brock was covering me for a two-count, but instead of me kicking out, after one, two, they cut and cut back and they (show a wide shot) of someone with a dark beard under Brock and he gets pinned. I’ve been in situations where I was supposed to win before,” he laughed.

As it turns out, he did win the title, and the first picture of him holding it – which is on the book cover – was taken by his wife in his home gym. 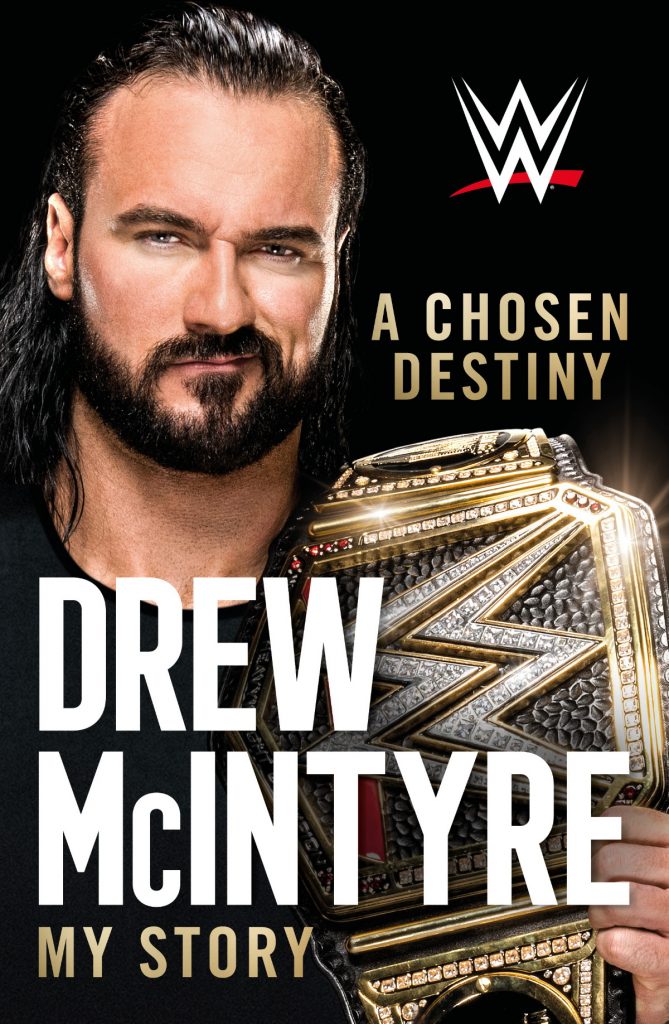 What made the win even more special, he said, was the pride he felt in being the first ever UK-born WWE Champion.

“It blew my mind to see the response back home,” he said in response to a question from a Scottish fan. “The two BBC headlines that day were about the Queen’s speech, and then me winning the title. I found out that numbers-wise, mine was the bigger story than the Queen’s speech.”

His Scottish heritage also came up in response to a question from a younger fan who asked about his favorite food from back home.

“Everybody says haggis,” he laughed. “I love chicken with haggis in the middle. And I miss Iron Brew – that’s my favorite Scottish drink to wash it down.”

When informed by the moderator – a WWE employee who works out of the corporate headquarters in Stamford – that a nearby pub serves Iron Brew, McIntyre said he would try to find a reason to visit the head office.

Perhaps, he mused, it would be to write a second book – a fitness book was suggested by one fan, and McIntyre gave it some serious thought.

Whatever his next venture may be, it’s a safe bet that it will be in some way related to WWE.

“I just can’t imagine me outside of wrestling,” he said. “This is the one thing I know, the one thing I love. When I’m finished, I imagine I’ll stay in some capacity with WWE.”

Before he leaves though, he would like to scratch off one item off of his wrestling bucket list: a dream match against John Cena.

“We’ve never had a singles match,” he noted. “He was such an inspiration to me, particularly when I wasn’t with WWE. He works so hard, both inside and outside the ring. I started to pattern myself after him. If I could get a match with him before he’s finished, that would be a dream.”

To close the session, McIntyre answered a question from a 12-year old fan about how she could achieve her own dreams of being a WWE Superstar.

“First, you need to get an education,” he said. “You need a Plan B. Then, find yourself a reputable school. You’re young, so don’t take any bumps until you’re 16. You have plenty of time for that. After that, it takes all you’ve got.”

He said that the drive, desire, and passion is essential for success. And, ultimately, being true to who you are.

“You’ve got to be accountable to one person, and that’s the person in the mirror. If you can look in the mirror and say that you’ve given it your all, that’s all you can do.”