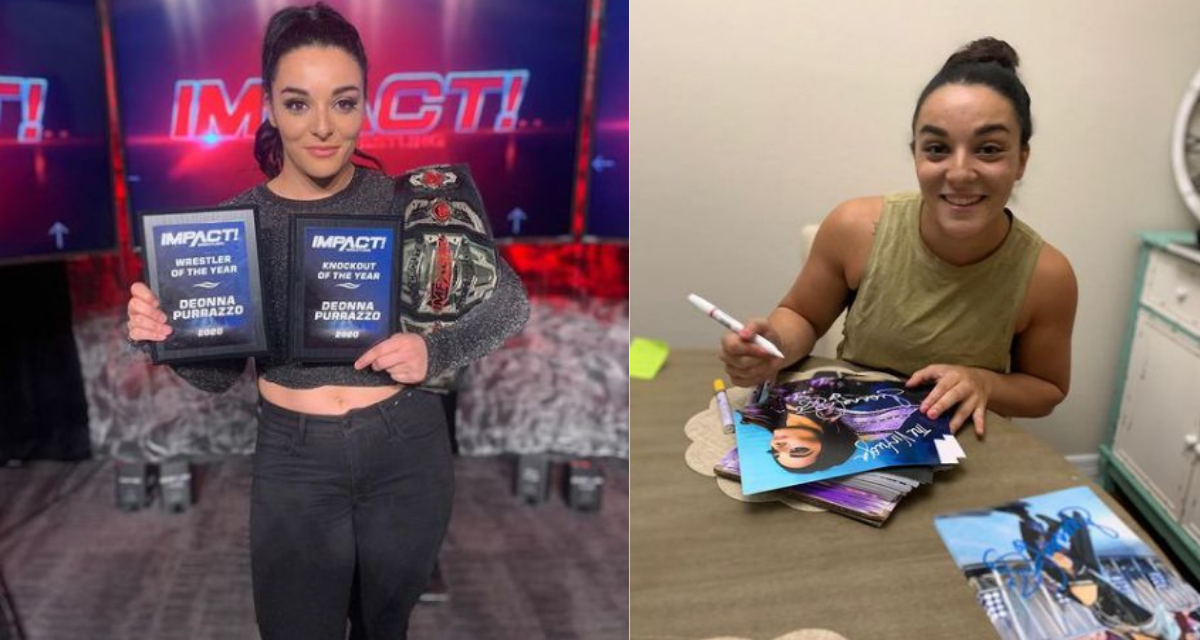 Deonna Purrazzo is at the top of the Impact Knockouts roster as its champion, and is one of the best women wrestlers in the world. Before she heads into the Impact Rebellion pay-per-view on Sunday, April 25, where she defends the Knockouts title against Tenille Dashwood, she took the time to talk to SlamWrestling.net about something away from the ring — her merchandise.

After all, merch these days is the gravy for pro wrestlers, and their fanbase loyally showing their support by purchasing T-shirts, dolls, and other goodies, is extra money in their pockets.

Purrazzo reflected on the all-important gimmick table opportunities that were part of her journey to the top. 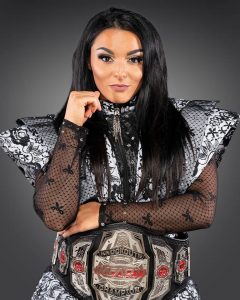 As a child the gimmicks of wrestling went hand in hand with her consumption of the television product. Purrazzo first saw it on TV when she happened to walk in on her twin brother watching wrestling. After seeing someone get hit over the head with a chair, Purrazzo was hooked immediately. Soon she was seeing WWE events live consistently in New Jersey at the Continental Airlines Arena and other nearby venues with her brother and mother, who also became a fan.

Seeing women wrestle set Purrazzo on the career path herself. “I got to see women do it and from that point I was like, ‘I think when I’m old enough I could learn this and I could be good at that.’ I just never grew out of that feeling.” 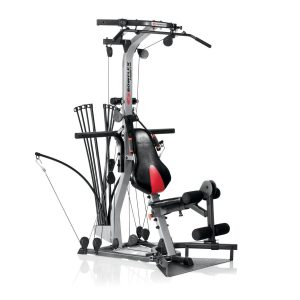 Deonna Purrazzo’s first big wrestling-related investment: The Bowflex home fitness all in one.

Although Purrazzo was not a completist collector, she accumulated “countless” John Cena and Rey Mysterio T-shirts, pictures and DVDs, whenever she came across them. One major investment was one to make herself marketable in the business when she entered it later. “I asked my parents, ‘Wrestlers work out, I need a Bowflex.’” She got the trendy fitness accessory for Christmas and transformed the family room into a workout studio.

Purrazzo’s childhood collection remains in her dad’s basement. Her favorite is a framed ticket stub from WrestleMania 24, where the Ric Flair vs Shawn Michaels “I love you” moment struck a chord.

At 18, Purrazzo began her pro wrestling training at D2W under Damian Adams, and she continued to study with Adams, even after his tenure at D2W ended. After a year of training, Purrazzo made her debut. 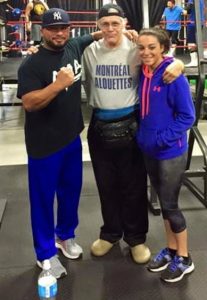 Roughly two years later, Purrazzo opened a Pro Wrestling Tees store. “A friend had in her spare time had done a little drawing of me and it became my first T-shirt,” she recalled.

From there, she established who she was, and now, as “The Virtuosa,” Purrazzo can lay claim to being Impact’s top wrestler of 2020 along with her title reign. 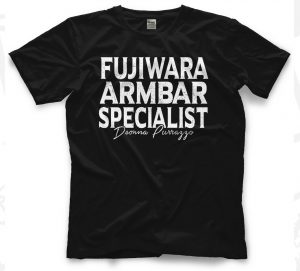 The Virtuosa theme runs through many of her T-shirts, but it was her Ring of Honor Fujiwara arm bar T-shirt that “solidified me as a brand.” It is still a popular item in her Pro Wrestling Tees store. Purrazzo keeps her new offerings fresh by hiring numerous distinctive freelance professionals to design her merch. She describes her theme as 1920s Art Deco and feels “The Virtuosa has a particular style and vibe. That has really taken off at Impact.”

The COVID-19 pandemic has put a damper on her usual bestsellers, since shows with fans are so infrequent. “I feel women sell 8x10s like water,” Purrazzo chuckled. But virtual signings have filled in some of the void. 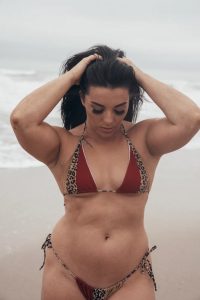 As Purrazzo’s fame has grown, so too has her selection of merchandise, growing significantly beyond shirts and 8x10s. There are pins, 4×6 picture packages, stickers, mystery boxes with signed and ring-used items. One unconventional item that stands out in particular to her is the 2021 bikini calendar. “It’s something I never thought I’d be confident enough to do. Friends encouraged me to get out of my comfort zone. [It is] something I’ll consider doing every year now,” she said.

Currently Purrazzo’s Pro Wrestling Tees is store stocked with new shirts that she releases roughly bi-weekly and she also has a Big Cartel store. Of course, she has items exclusively available at shopimpact.com. While on the call, she asked for Impact to add her to an upcoming release of Impact Micro Brawlers figures. 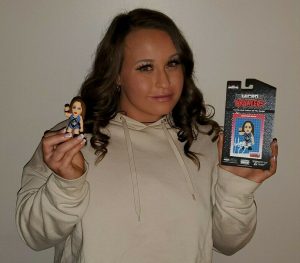 Many of Purrazzo’s Knockout rivals. like Jordynne Grace, have been immortalized as Micro Brawlers. Can we expect a Virtuosa figure soon?

Personally, Purrazzo sheepishly confessed that she does not really collect wrestling memorabilia any longer — per se. “I do collect postcards and travel guides,” she said. These items from such places as Tokyo Disney and the Johnny Cash Museum relate to her own pro wrestling journey and are primarily from places wrestling has taken her.

Purrazzo’s most prized keepsake relates to her own current Impact championship run. “As soon as I won [the Impact Knockouts championship] I had a replica made so I could say, ‘No one could take the accolade from me.’ That has slowly grown to be my favorite piece because it’s a piece of my history now.” 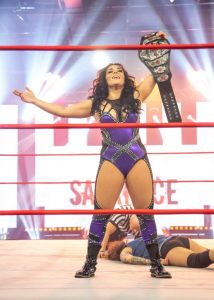 Deonna in the ring with her (actual non-replica) Impact Knockouts championship.

Having dispatched challengers such as O.D.B., Jordynne Grace, Su Yung, Taya Valkyrie, and, most recently, forcing women’s legend Jazz to retire, the Knockouts champion Purrazzo is determined to keep the real thing in her possession at Sunday’s Impact Rebellion when she faces Tenille Dashwood (formerly Emma in WWE) and beyond.