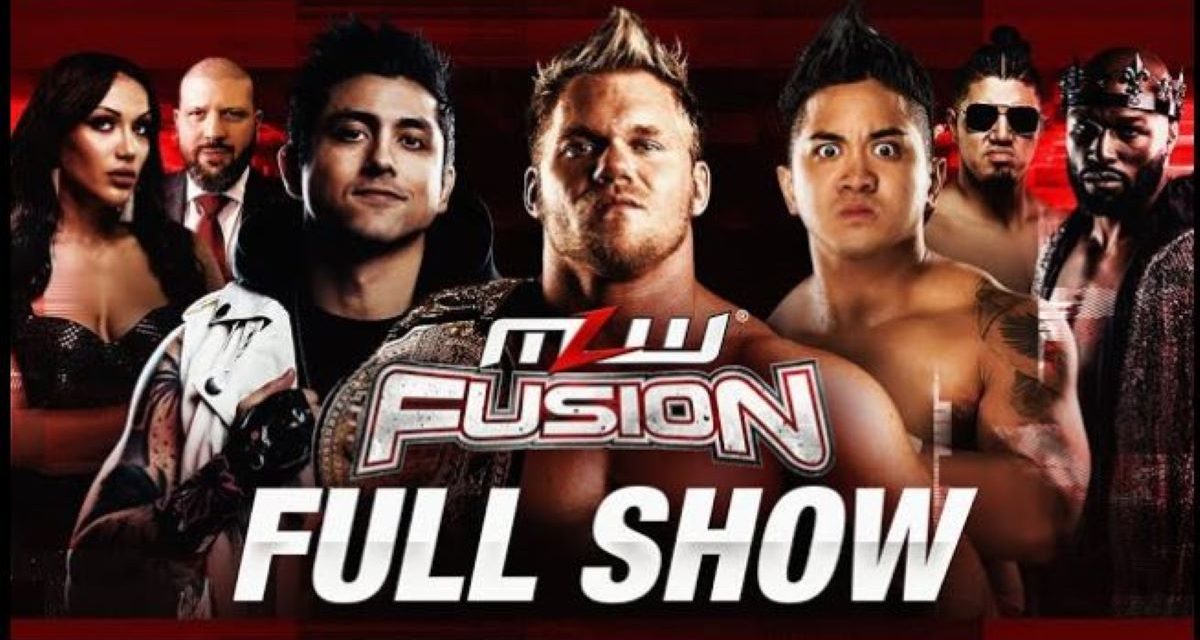 Tonight, TJP wants to teach his young protégé, Bu Ku Dao a lesson, but will the student overcome the master?  That is the question before us tonight, as we go live from the GILT Nightclub in Orlando, FL. Your commentators are Ray Flores and fight analyst St. Laurent have the call.

As they ponder the bigger implications of tonight’s main event, it’s now time for your First Match… 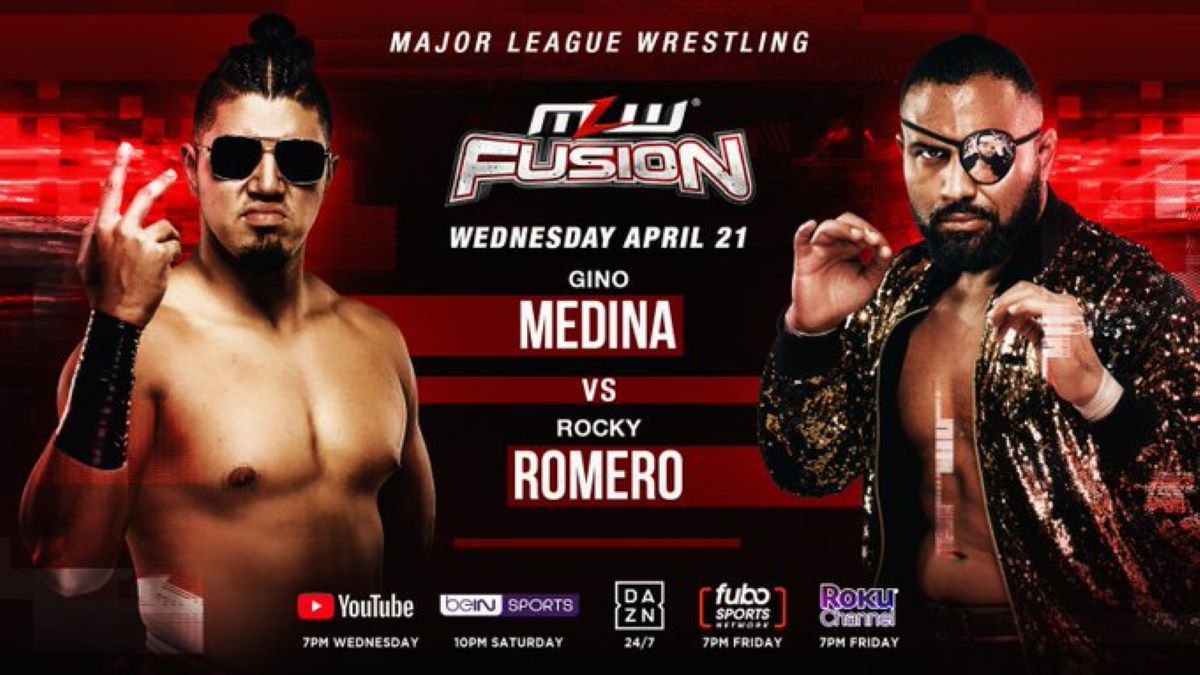 Story her is that Medina, coming off a loss to Richard Holliday for the IWA Caribbean Championship, is looking to redeem himself.  The match between Romero and Medina is evenly matched up, with a nice hold/counterhold battle of one-upmanship between “El Azúcar” and “El Intocable”, but Rocky is showing the young upstart his experience, going for an armbar submission, but Medina blocks right away.  Rocky targets his offense on crippling Medina’s left wing.  But furious forearms by Medina, who’s fighting angry, keep Romero at bay.  Both men and going toe to toe, with a spinning kick by Romero

Romero now shows his veteran instincts by draping Medina between the ring ropes, and goes up top for a drop kick.  He covers, but gets a two count.  This match is all Azúcar, with multiple clotheslines in the corner, but a heel kick by Medina stops the momentum.  Medina gets ready to finish off Romero, but El Azúcar has some moves left with a jumping knee, followed by a tornado DDT that transitions beautifully into an armbar submission that Romero cinches in to force Medina to tap out.

Your Winner via Submission:  Rocky Romero

Holliday and Atout in back, and Holliday says he continues to give to the consumer-ninos, and offers this Dynastic pitch for “Muscle Mountain:  Newest Ride, Longest Line”.  Atout is ok but has *One* problem at the bottom: 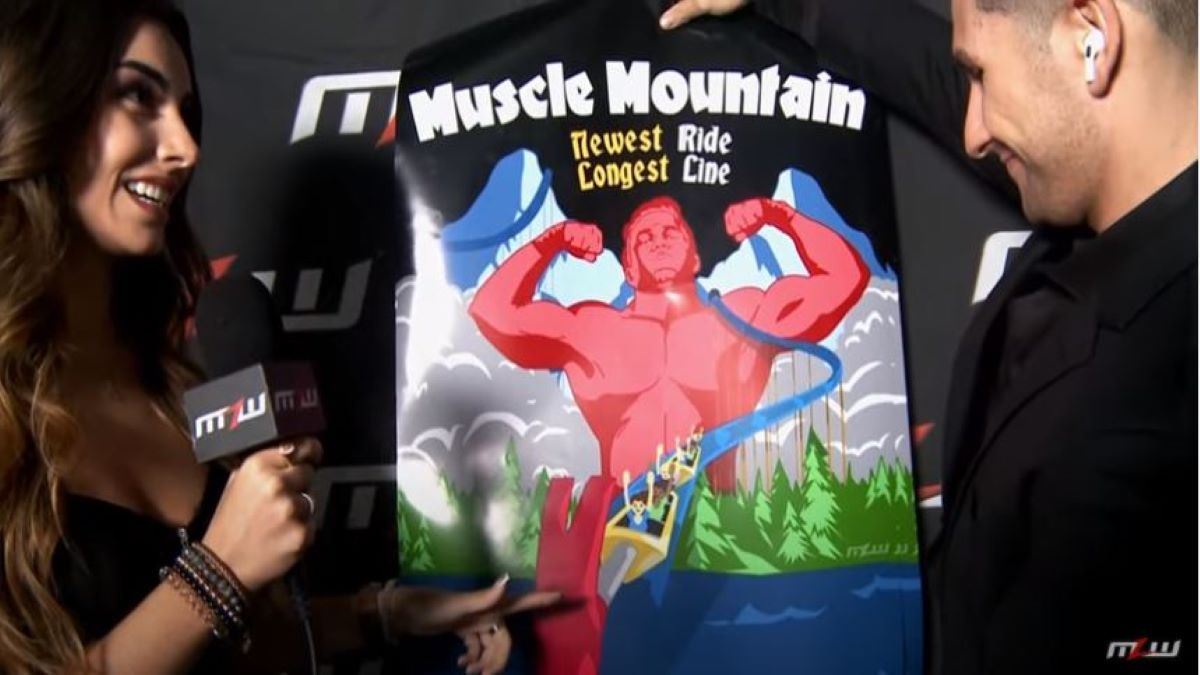 You have not lived until you’ve heard the words “HammerD***” uttered so coquettishly, and with such bewilderment, as Alicia Atout.

(At least there is an alternative to going on a ride to Space Mountain.  Woooo! )

We now go to the Los Parks, who are less than happy with Salina de la Renta’s “managerial” skills.  L.A. Park says she just came along for the ride, and knows that she went behind “El Jefe’s” back, and warn her that her time is coming up, and she’ll face the consequences.

At this time, we now go to your Pro Wrestling Illustrated MLW Top Ten report to see who’s moving in the rankings to be the next contender for the MLW Heavyweight strap.  The rankings have changed since the last time, and we see…

Alicia Atout is now with Lio Rush, and she asks about Myron Reed’s call for a rematch. Rush says that as long as the time says it’s Rush Hour, the strap will stay on the shoulder. Atout says it’s six o’clock. Huh…stupid Galaxy watches!  Never synched right.

But enough about Samsung, because it’s time for…

Yeah, here’s the deal:  If I have to recap a squash match, I will give you a squash recipe, so enjoy this recipe for Apple Pecan Stuffed Squash.

As for the match;  Mo with the cravat choke for the win.

Your Winner via Submission:  King Mo

Dan Lambert gets in the mic, upset by the “submission” decision during Filthy Island by Low-Ki, and says the ref that called that match is an idiot, in so many words.  King Mo on the mic, and he feel he should be in the MLW/PRI Top Ten rankings, and he wants his hands on Low-Ki sooner than later.

Last week, cameras caught up with Salina de la Renta after her plan backfired when Mil Muertes lost to Hammerstone.  Salina says to the cameraman she is not worried about El Jefe…until she gets a call from El Jefe, and her tone changes right quick, agreeing that she will be around next week for his offer of an opportunity.  At that moment the A.U.A.D comes into the picture and “tosses” the camera down.

Oh, and in case you missed the announcement this past Monday:

We go to “Filthy” Tom Lawlor, who’s stewing at the Von Erich’s…still.  Lawlor challenges Marshall one on one to a fight.  Hmm, you have my attention.  Does he have Marshall’s, I wonder?

Back to Alicia Atout with MLW Owner, Court Bauer, with some big news. Bauer talks about MLW partnering with Vice, among the other streaming services, and the Vice deal with be premiering in May. Also, Bauer states that there will be upcoming events that will involve matches like Myron Reed and Lio Rush for the MLW Middleweight title rematch. But the biggest news…Bauer promises that MLW is coming back with crowds on July 10 in Philadelphia.  That.  Is.  Huge.

Then, for course, the feed is “interrupted” by Josef Samael. Samael says Bauer is so full of hope and delusion, and that terror is around the corner. It wasn’t that long ago, he claims, that he had Bauer begging for mercy when he took over the MLW building.  Samael hopes all the fans come out again, and witnesses the destruction at the hands of Contra Unit. Hail….yeah, you get the gist.

Now to Marshall Von Erich, and he wants Tom Lawlor as well.  Even though he has a bad knee, he has an Iron Claw. Marshall has had it with Lawlor, and says he’ll see him next week.

We now get a blond-haired Myron Reed, who’s in Indianapolis in Calvin Tankman’s gym. He working hard, while Rush just runs his mouth. He’ll get his title back. Reed is saying it and manifesting it. Looks like someone read “The Secret.”

But while I try to ponder how manifesting works, I realize we need to get to our Main Event of the night, and it is a … 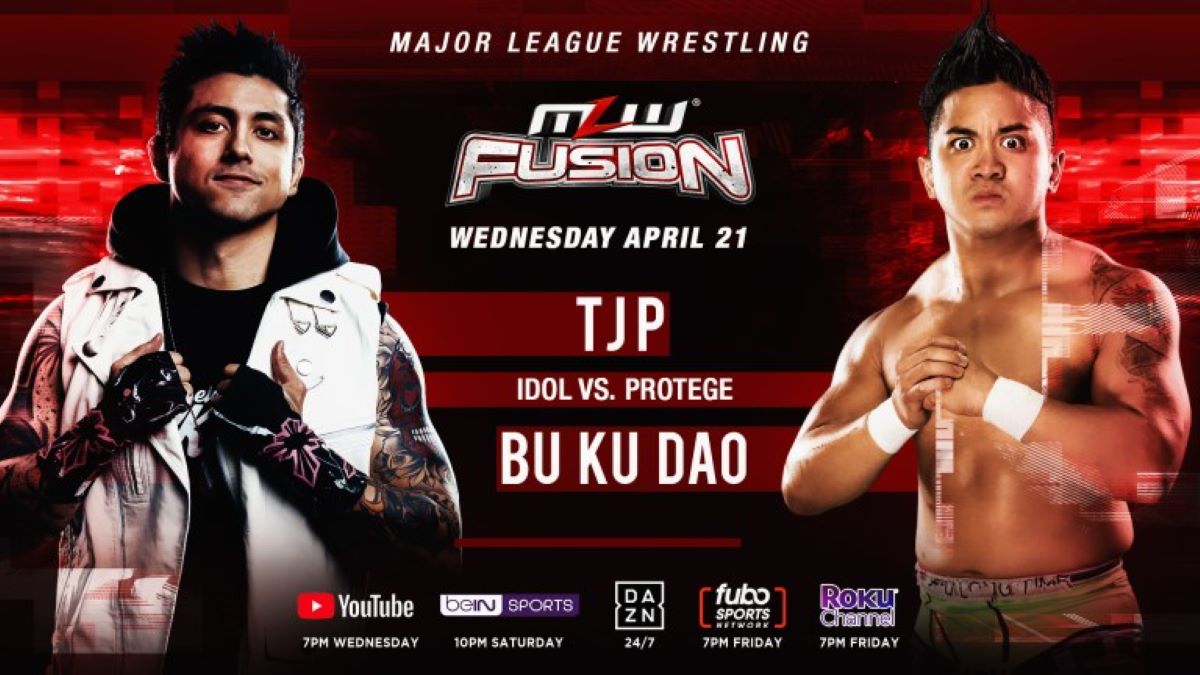 From the start, the size of Dao at five foot marks him at a disadvantage from the start to TJP.  Bell rings, and chain wrestling starts the bout, and Dao has headlock cinched in on TJP.  There’s great technical skill by both with Dao having the clear advantage.  However, the youth of Dao gets the better of him, and Dao makes the first mistake going outside the ring to TJP for a mule kick, and TJP sends him crashing to the floor.  He follows that up by ramming Dao to the ring edge, and TJP’s aggressive streak takes hold, with a slam and a springboard senton for a count of two.

TJP is methodical in his offense, targeting the lower back, right arm of Dao.  A backbreaker for TJP gets a two count, but he quickly follows with a submission in a Gory Special, and that makes Dao slide his shoulders to the mat (while TJP has control) to pinning position, but Dao raises the shoulders to avoid the three count.  TJP tries to get back on the attack, but a cross body by Dao gets a two count.  TJP answers back with a powerbomb to Dao, but gets a two count as well.  Now TJP gets Dao in a surfboard, then a pinning situation but gets another two count.  TJP is still focusing on submissions to ground Dao, but a well-placed enzugiri by Dao sends TJP outside, and Dao follows with a tope suicida.  With momentum on his side, Dao hits TJP with a knee and a bulldog, but can’t cover for the pin.

Dao goes up top for a crossbody, but gets caught by a well-timed drop kick by TJP, and a lungblower follow up for the pin, but it’s a two count.  TJP goes up top for the Mamba Splash but Dao sends him crashing to the mat. Now Dao goes up top, but TJP catches him in a superplex, and gets Dao in the most painful looking plum stretch/octopus hold I have ever seen, but Dao make it to the ropes to escape the hold.  TJP, clearly frustrated, has Dao in a fireman’s carry, but Dao’s legs knocks out the ref, and Dao reverses to a crucifix powerbomb, but no one is there to count the pin.  TJP tries to end it, but it’s Dao who gets TJP in his patented spinning flatliner, and the ref crawls over to count for the one, two, and three!

Final Moments of the show have the “Press Conference” with Your Boy Hammer. He makes it simple:  There can’t be two heavyweight champions.  He challenges Fatu to a match for the MLW Heavyweight title.

Where and when will it happen?  That’s a question for another time, as we fade to black.

Big News for the MLW fans, courtesy of Court Bauer, buffeted nicely with two classic matches in Romero/Medina and TJP/Dao.  How this will parlay into Vice TV, along with the other streaming platforms is anyone’s guess.  I’m still pondering crowds.  It seems so foreign.

As for the show, everything was great, but the King Mo squash match didn’t add or subtract anything, so it was just “meh.”  If anything else, I’m curious who tries the squash recipe I found.  Message me if you did.

Until then, See you in seven!