The Empire rules LIJ at Road to Wrestling Dontaku 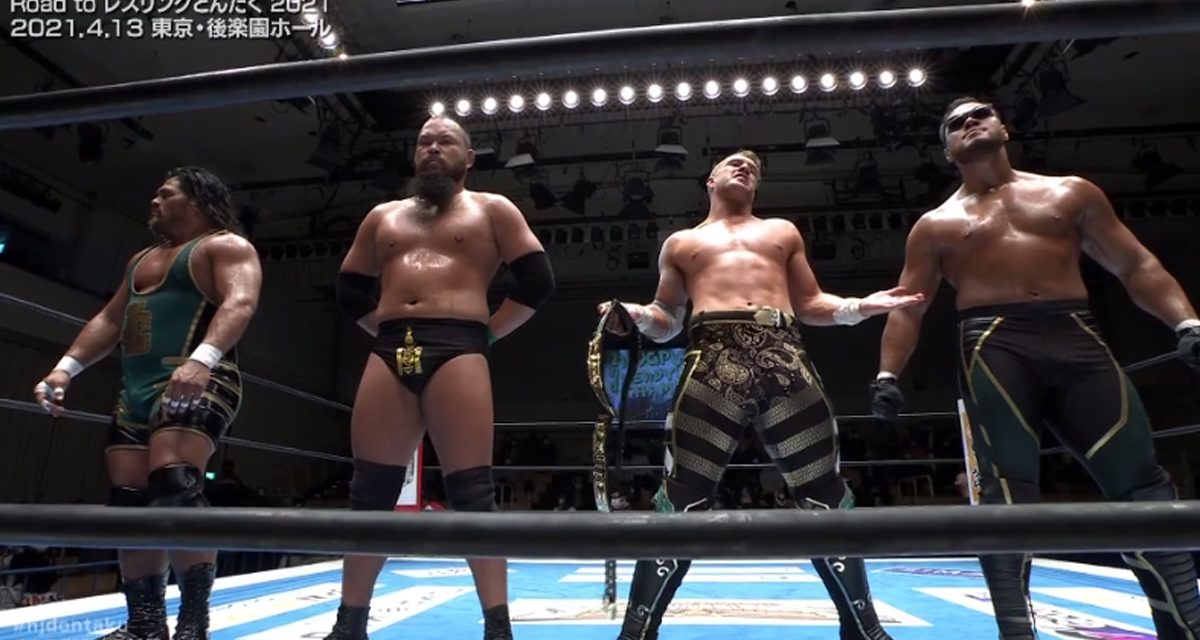 The bitter war between The United Empire and Los Ingobernables de Japon continued on the second night of Road to Wrestling Dontaku. Will Ospreay will put the IWGP World Heavyweight Championship on the line against challenger Shingo Takagi at night two of Wrestling Dontaku so this was another one of those NJPW previews using a tag team match.

Ospreay showed off the title while everyone was removing their entrance attire. Shingo just smiled and clapped.

“One on one! Me and you! Let’s go!” shouted Ospreay at Takagi as both teams were deciding who would start the match.

Takagi and Ospreay slugged it out in the middle of the ring. A shoulder tackle sent Ospreay down to the mat but he popped right back up. Takagi suplexed Ospreay who landed on his feet again. A frustrated Takagi came back with a shoulder tackle knocking Ospreay clear out of the ring. A shocked Ospreay took shelter behind the rest of the United Empire. Naito tagged himself in ending the sparring session between champion and challenger.

Naito found himself cut off from his Los Ingobernables de Japon pals for much of the match until Shingo and Ospreay tagged backed in. Shingo got the better of Ospreay by backing him into a corner alternating between punches and chops. Shingo’s suplex got him a surprising two count. Shingo singlehandedly knocked the rest of The United Empire to the floor so Ospreay couldn’t tag out. In pretty cool move, Ospreay flipped right out of a suplex to give Shingo a stunner.

Ospreay and Shingo wouldn’t factor into the end of the main event though as it was Jeff Cobb who pinned Bushi with A Tour of the Islands.

“LIJ is nothing!” said Ospreay and some watching in Korakuen Hall clapped their support.

“Shingo Takagi, you have a fire in your belly and it is growing. That fire so strong and I want it to keep burning because it will be so much sweeter when the Kingpin puts that fire out!” said Ospreay.

Kanemaru distracts the official then tosses Sho in the air for a pop-up kick in the crotch. He notches a pinfall against the tag team champions for his team. 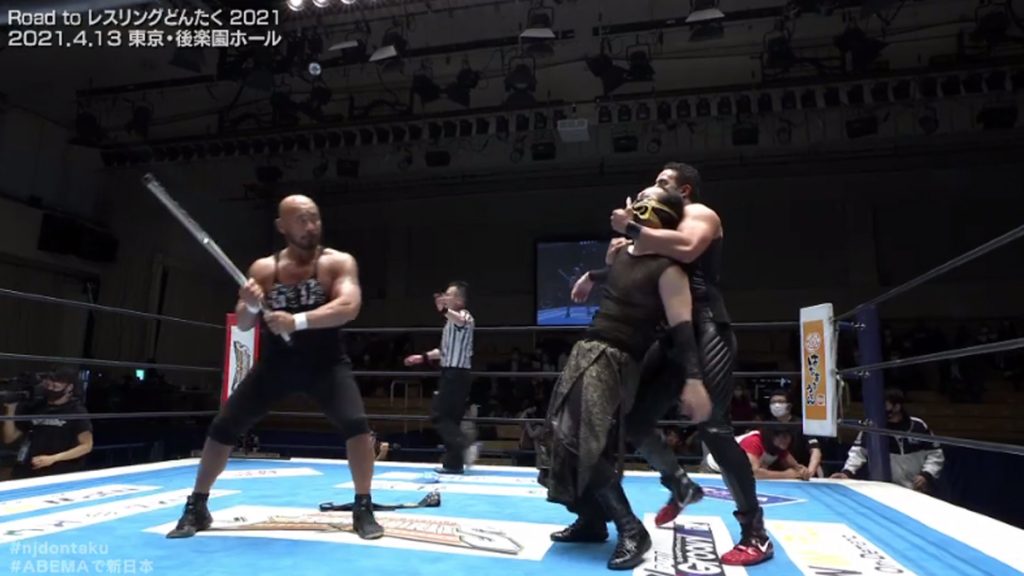 Jado takes a swipe at Douki with his own steel pipe. Courtesy: NJPW.

Loa pins Douki with Ape S—t. Taichi chokes Tonga against the ringside barrier. Tonga chokes him right back as Loa and Sabre Jr. trade submission moves in the ring. Tonga clobbers both Dangerous Tekkers with one of the tag team belts and a Young Lion who tries to hold him back. Jado whacks Douki with his own steel pipe.

Honma stuns Evil by kicking out of Darkness Falls. He submits to the Scorpion Deathlock though. Bullet Club and the faces fight over Yoshi-Hashi’s bo stick on the floor. Kenta eventually regains possession of it clocking Hashi in the head with it. He uses it to choke out Ishii too. 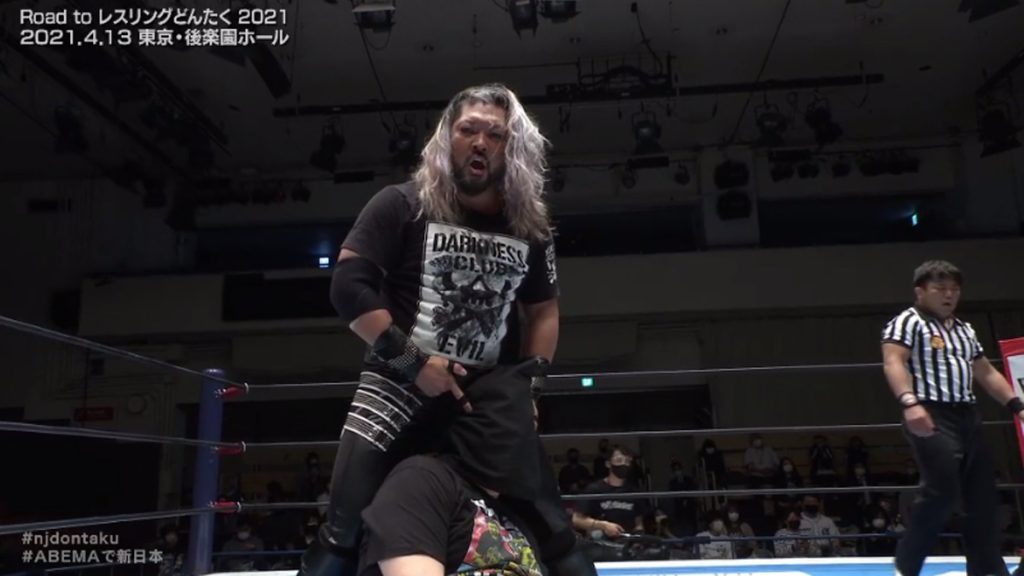 Yano prevents Togo from choking him out with his garotte by kicking him in the crotch. Yano pulls a hood out of his trunks, places it over Togo’s head and the lights in the arena mysteriously go out. When the lights turn back on Evil is standing outside the ring and Togo is covering Yano. The official makes the count. While Tanahashi is choked out on the floor Evil puts the hood on Yano and stomps him into the mat. He lifts up an unconscious Yano giving him the Bullet Club gun hand sign to his head.