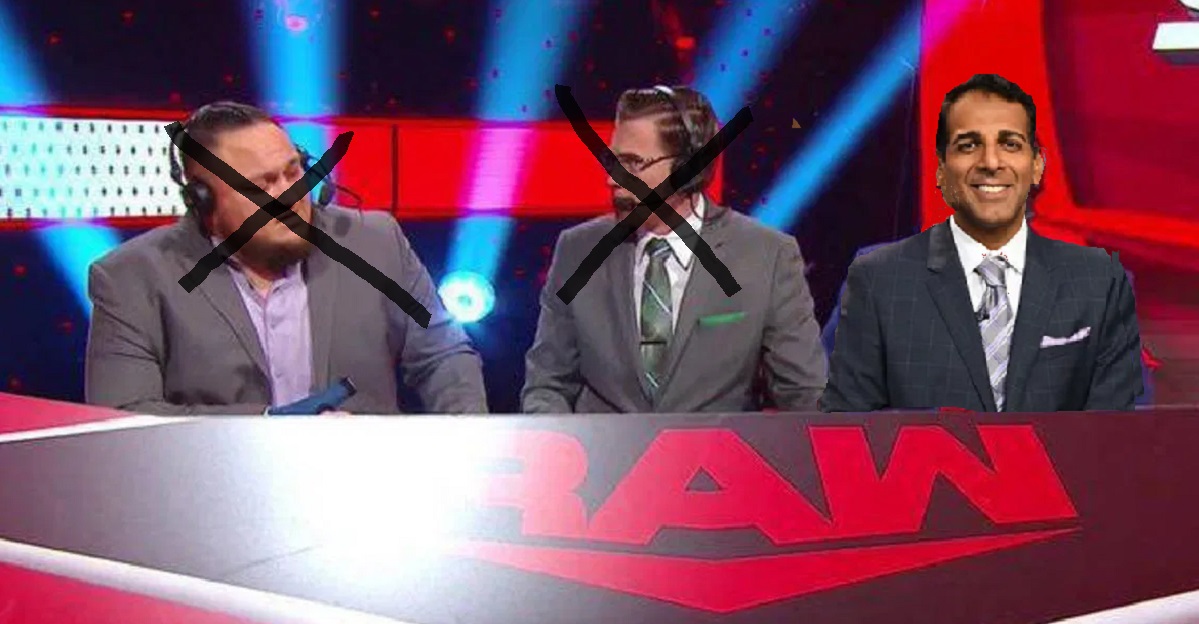 Starting tonight, there will be a new commentary team on Monday Night RAW. As announced in a press release earlier today, former ESPN announcer Adnan Virk will be making his debut as the lead play-by-play person, confirming previous rumours to that effect.  He will be joined behind the desk by analysts Corey Graves and Byron Saxton, who continue in those roles on a full-time basis.

In 2010, he joined ESPN, and became a main anchor for their baseball and college football flagship shows. In 2019, after allegedly leaking confidential information to the media, Virk was released from ESPN.

In addition to being the voice of RAW, Virk will continue his on-air host role across MLB Network’s programming this season, and will continue hosting his GM Shuffle podcast and his movie podcast “Cinephile.”

“I’m elated to be joining the premier sports entertainment company in my new role with WWE,” said Adnan Virk in the press release. “As a kid who grew up idolizing WWE Hall of Famers like Bret Hart and Ric Flair, the opportunity to call modern legends like Drew McIntyre, Bobby Lashley, Randy Orton, Charlotte Flair and so many others alongside Corey Graves and Byron Saxton is truly humbling.”

Tom Phillips, who previously held the lead announer spot, “will become the new host of 205 Live and oversee special projects for WWE’s programming on Peacock and at the WWE Performance Center in Orlando. Phillips also remains in his role of Senior Manager, On Air Talent.”

Along with Phillips, Samoa Joe has been removed from behind the desk, and according to the release, “remains part of the WWE talent roster.” Joe had been part of the commentary team since April of last year, after suffering a head injury that left him medically unfit for the ring. The press release did not indicate if he would be returning to the ring soon, although as the RAW after WrestleMania often brings surprise debuts and returns, it may be possible he returns tonight.