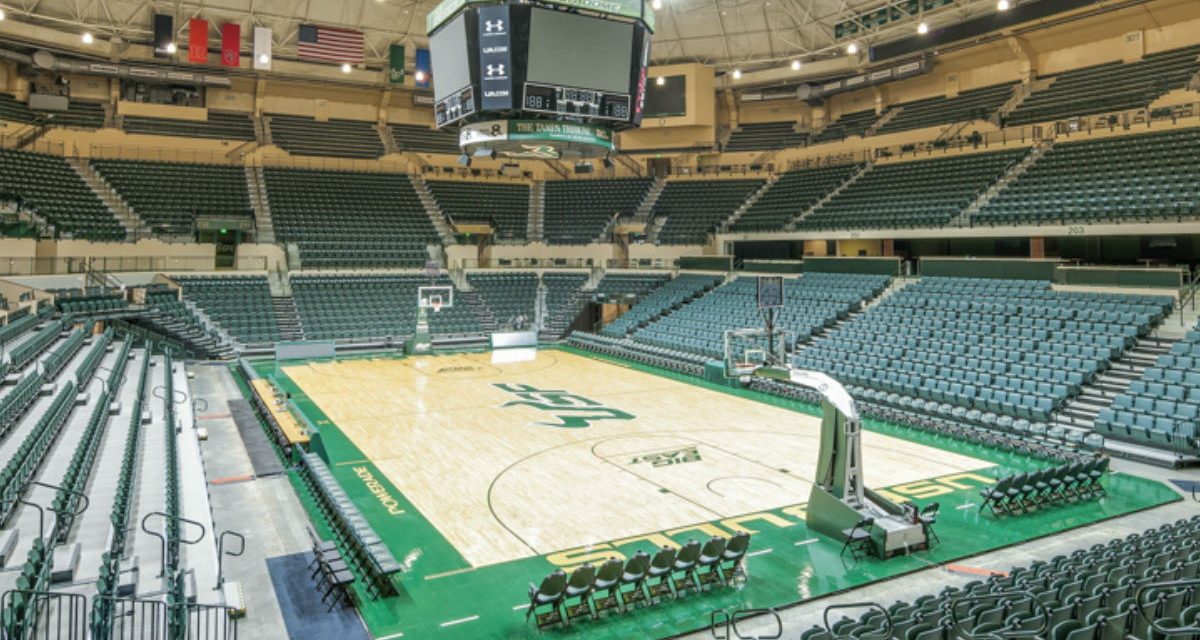 After WrestleMania, WWE is picking up its ThunderDome set-up from Tropicana Field and moving across the bay to the smaller Yuengling Center.

Prompting the change is the start of the Major League Baseball season and the Tampa Bay Rays coming home after spring training.

The Yuengling Center is on the southeastern side of campus of the University of South Florida. It’s an older facility, opened in 1980, and renovated in 2012. Under non-pandemic circumstances, the school’s men’s and women’s basketball and volleyball teams play there, and, according to its website, “Yuengling Center is a multi-purpose facility, hosting approximately 300 different events each year, including sporting events, concerts, home and garden shows, trade shows, religious services and conventions, ethnic festivals, rodeos, bull riding competitions, youth sports camps, wrestling, boxing, gymnastics and cheerleading competitions, commencement ceremonies, lectures and political rallies among other corporate, community and university events.”

The WWE’s ThunderDome  set-up has moved from the Amway Center in Orlando to Tropicana Field, in downtown St. Petersburg, and now the Yuengling Center.

The press release from WWE quoted Kevin Preast, Executive Vice President of Event Management at Vinik Sports Group, which owns the facility. “WWE has always been a highlight of our event mix and bringing this world-class residency to Yuengling Center only strengthens our relationship,” said Preast. “Hosting WWE ThunderDome is another step towards a full return of hosting more events in the area.”

Raw, SmackDown and pay-per-view programming will be produced at Yuengling Center.

“WWE takes great pride in providing our fans and network partners with cutting-edge production and one of the most interactive atmospheres in all of television every single week,” said Kevin Dunn, WWE Executive Producer & Chief, Global Television Production, in the release. “We look forward to the next iteration of the WWE ThunderDome at Yuengling Center as we continue to take the fan experience to a whole new level.”

Fans who want to be a part of WWE ThunderDome, appearing on the big screens at the shows without live fans, they can register at www.WWEThunderDome.com.

EDITOR’S NOTE: A clarification was made to state that Tropicana Field is in St. Petersburg, Florida.

The Thunderdome and back again – a reporter’s journey