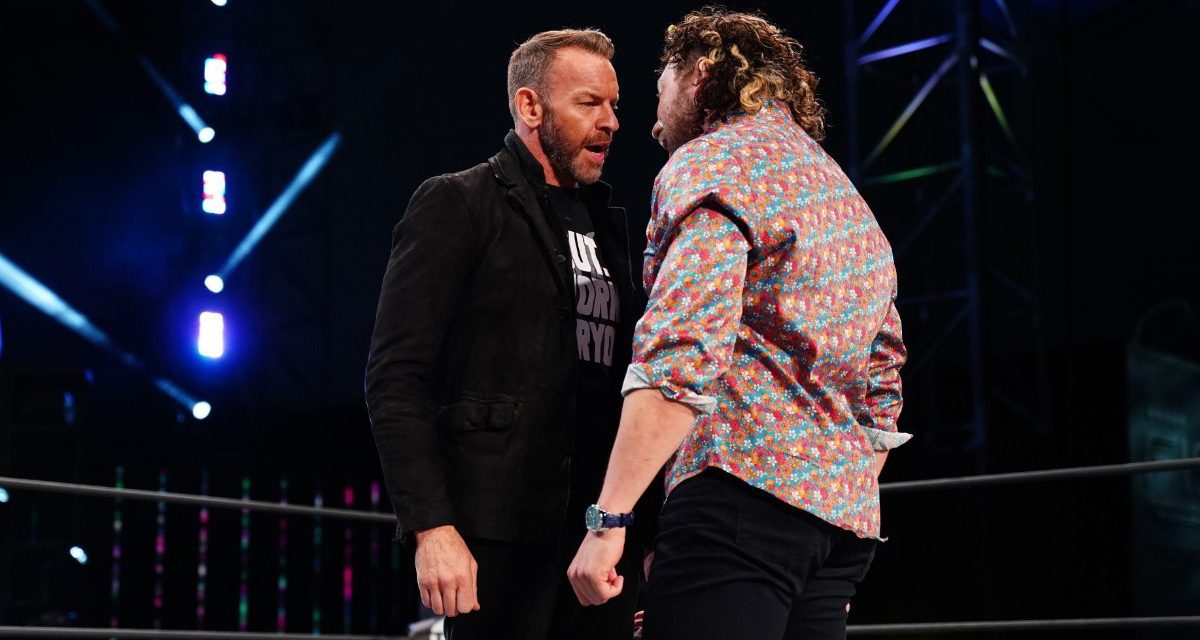 But SlamWrestling.net was allowed to listen in and there are plenty of gems for fans.

For one, he revealed that it was Jon Moxley who was the primary conduit to Cage arriving in AEW, and was the one pushing him to talk with AEW boss Tony Khan.

“I’m good friends with Jon Moxley. And we were talking and he just said, he was obviously talking about his experience at AEW. And he said, ‘You should at least have a conversation with Tony, at least have a talk.’ He was right. I would be doing myself a disservice if I didn’t weigh all my options and see everything that was out there. So I had a conversation with Tony and things escalated pretty quickly and we had a deal done,” said the 47-year-old Cage (Jay Reso).

It also turns out that Cage had met Khan about seven years ago, through a mutual friend. At that point, they just had a long dinner. “Even then it was apparent to me how much passion he had for wrestling and how much he loved it,” recalled Cage. “The guy’s an encyclopedia of wrestling, and he was telling me things about my career that I didn’t even remember. He was talking about wrestling, and I was trying to convince him to let me be the general manager of the Jacksonville Jaguars.”

Fast-forward to 2021, and Cage was given the green light by his own doctor to return to the ring after sitting on the sidelines since 2014 with concussion issues. He made a surprise appearance at the WWE Royal Rumble, and began thinking about doing more — much more.

Khan and Cage exchanged texts, and finally talked for a couple of hours on the phone. “He was telling me what he thought I could do, how I could contribute to AEW and the things that I could bring in. I was telling him, obviously, the things that I felt I could bring as well. And we just had good conversations and more than anything, Tony is a good person. And I appreciate that about him; he was just a genuinely nice guy. And I don’t know how else to put it. But I just liked his passion and the conversations that we had and about how he felt like I could contribute. And that was a big factor.”

After debuting at AEW Revolution in February — “when Tony made the announcement, I hadn’t even signed yet,” revealed Cage — this past Wednesday on AEW Dynamite, Cage finally got to talk, to tell the fans his plans.

He told Agnew he appreciated the backstage of AEW. “I don’t know exactly how to put it, but it’s a younger company, obviously, and I feel like the talent is able to be a little more creative, and be a little more open with their creativity. Because as an artist — and that’s what wrestlers are, they’re artists, that want to create — and it just feels like that was a little bit more prevalent than AEW to me.” 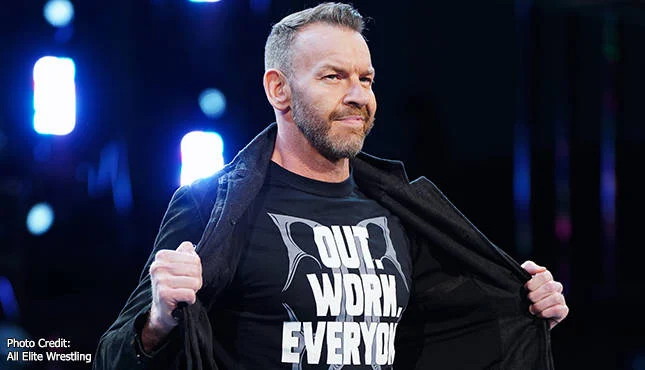 It looks like he’s on a collision course with Kenny Omega (top photo), he didn’t reveal all to SNME.

“I’m not expecting to come in and work for the world title off the bat. I know how AEW is, especially with the rankings and things like that. So I have to work my way up here a little bit, but it is a good opportunity to go out there and just kind of give the fans a taste, kind of like that moment where, ‘Wow, I never thought I would see these two standing in the ring face to face ever.’ Just give them a little taste and we’ll see what happens.”

The entire interview, including details on Cage’s return in the Royal Rumble, his thoughts on Edge’s own return, and more, is available here, or sign up as a Patreon for even more from SNME.