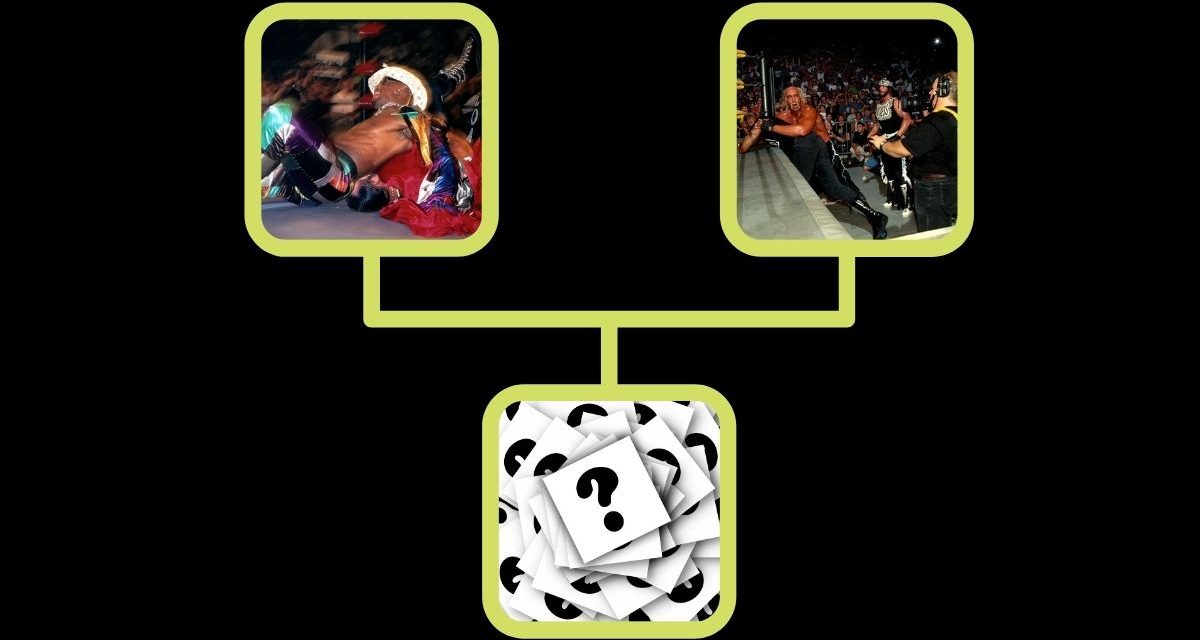 Dennis Rodman’s basketball career is the stuff of legend. He has won more awards than The New Day has pancakes including having the honour of being a five-time NBA champion and a two-time NBA all-star. When it comes to professional wrestling though The Worm’s career is nothing to cheer about. 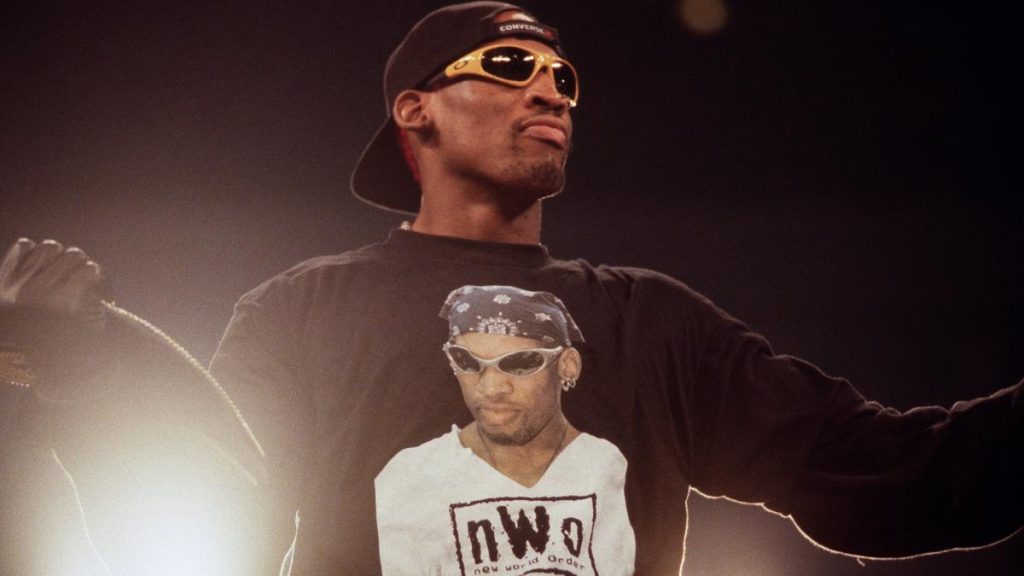 The Worm in the nWo. Courtesy: WWE.

Rodman’s biggest claim to fame in professional wrestling is being a celebrity member of the nWo in WCW. Hollywood Hogan brought the 6’8 basketball bad boy into the faction in 1997. Rodman first wrestled on a Monday Night Nitro episode alongside Hogan facing off against The Giant and Lex Luger. In fact, in 60% of his matches he would be in tag team action with Hogan. At WCW/nWo Bash At The Beach in 1998, WCW really pushed the NBA angle with Diamond Dallas Page partnering with Karl Malone against….you guessed it…Rodman and Hogan.

Unlike his NBA career, Rodman hasn’t held much gold at all. His only singles championship match was against Curt Hennig in i-Generation Wrestling located in Australia. Rodman didn’t even get dressed up for the occasion. He wore jeans and a t-shirt. The match was more of a street fight with Rodman being disqualified for heaving the official across the ring. Rodman defeated actor Todd Bridges to become the first and only champion of Hulk Hogan’s Celebrity Championship Wrestling which lasted for one season on CMT and had only eight episodes. We didn’t count any of those celebrity matches in our final round-up.

Rodman’s only win in five professional matches was when he and Hogan defeated Diamond Dallas Page and Karl Malone at WCW/nWo Bash At The Beach. No wonder he hung up his boots in 21 years ago. 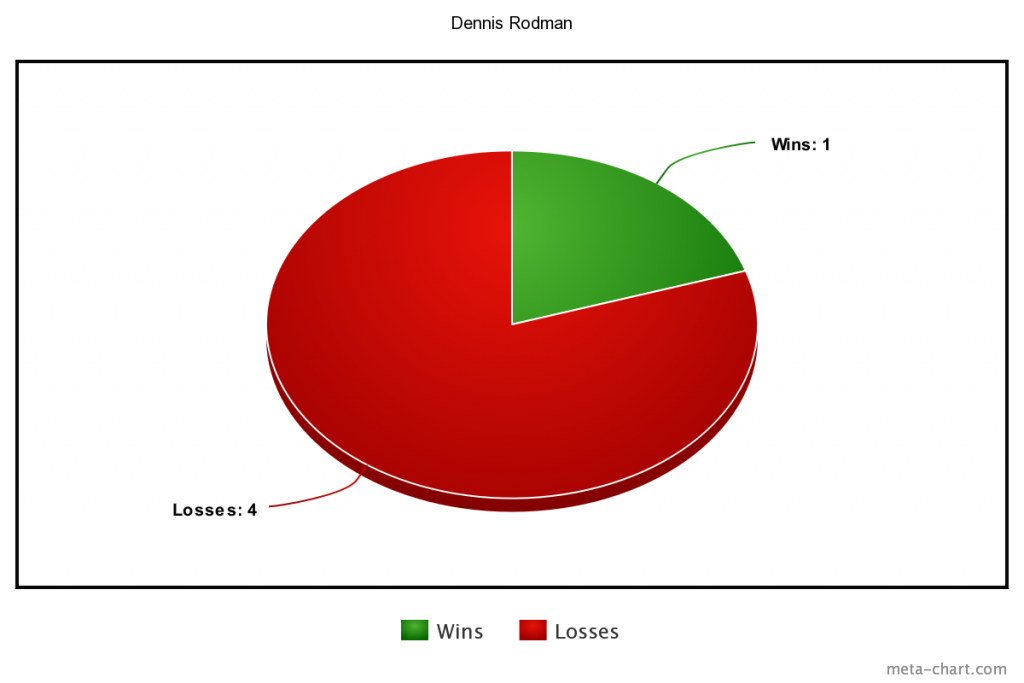