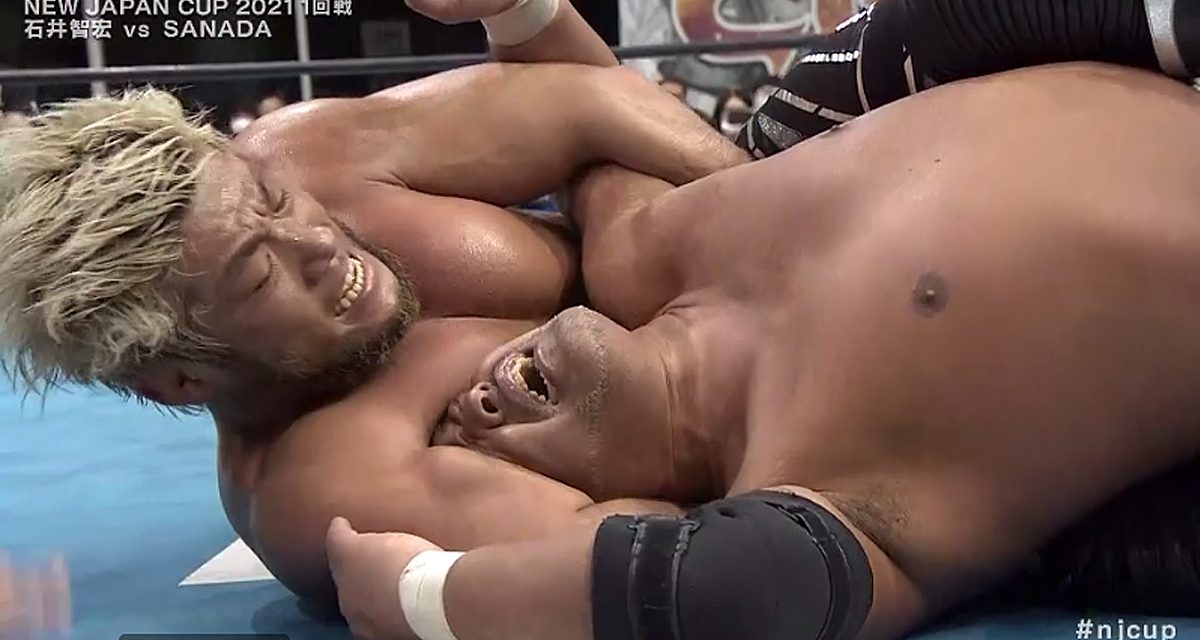 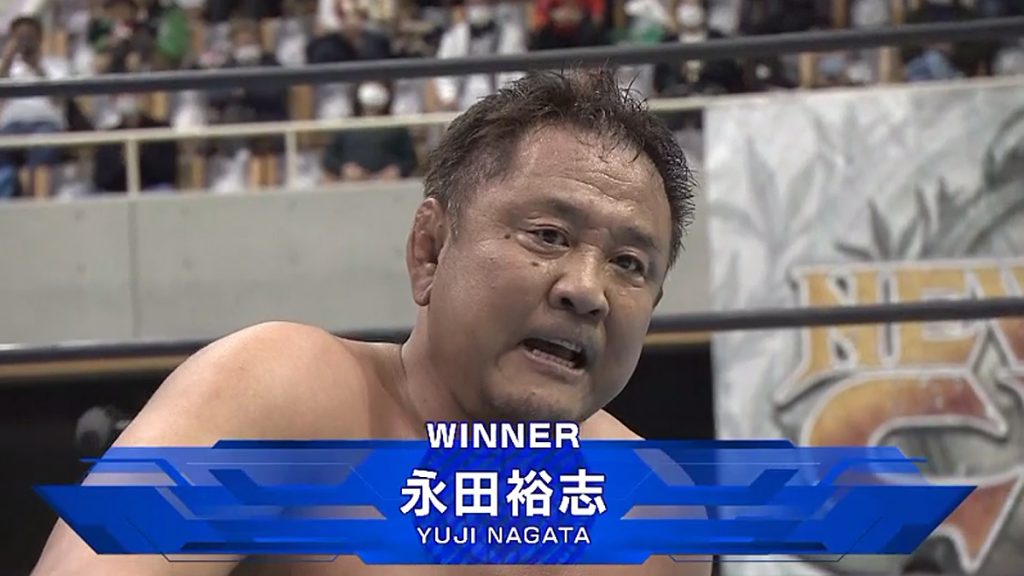 It is the experienced legend in Nagata against the Young Lion, Tsuji. Blue Justice teaches Tsuji a few tricks right out of the gate. Tsuji drives Nagata down to the mat with a barrage of forearms and stomps. Nagata flips things by just kicking the crap out of Tsuji. Nagata focuses on Tsuji’s left arm preparing it for a Nagata Lock. Following a slugfest, Nagata pins Tsuji though with his simple bridging belly-to-back suplex.

Although he doesn’t have Ishii’s strength, Sanada trades blows with him. Ishii has Sanada’s leaping drop kick and his Paradise Lock scouted and avoids them. Sanada is clearly thrown off his game. Sanada refuses to be pushed around or intimidated by The Stone Pit Bull. One forearm shot though knocks Sanada to the canvass forcing Red Shoes to check to see if he can continue. Sanada eventually does put Ishii in the Paradise Lock and poses over him. An angry Ishii batters Sanada in a corner. Red Shoes lays down the count. Ishii shoves him to the mat. He is not disqualified though. Red Shoes has to physically drag Ishii away to stop the assault. It is Sanada’s turn to no-sell shots and take it to Ishii with forearm smashes and punches. Ishii lifts Sanada up on his shoulders heaving him off face-first into a turnbuckle. When his Skull End submission doesn’t get the job done Sanada pins Ishii with his moonsault.

In Round Two we now have: