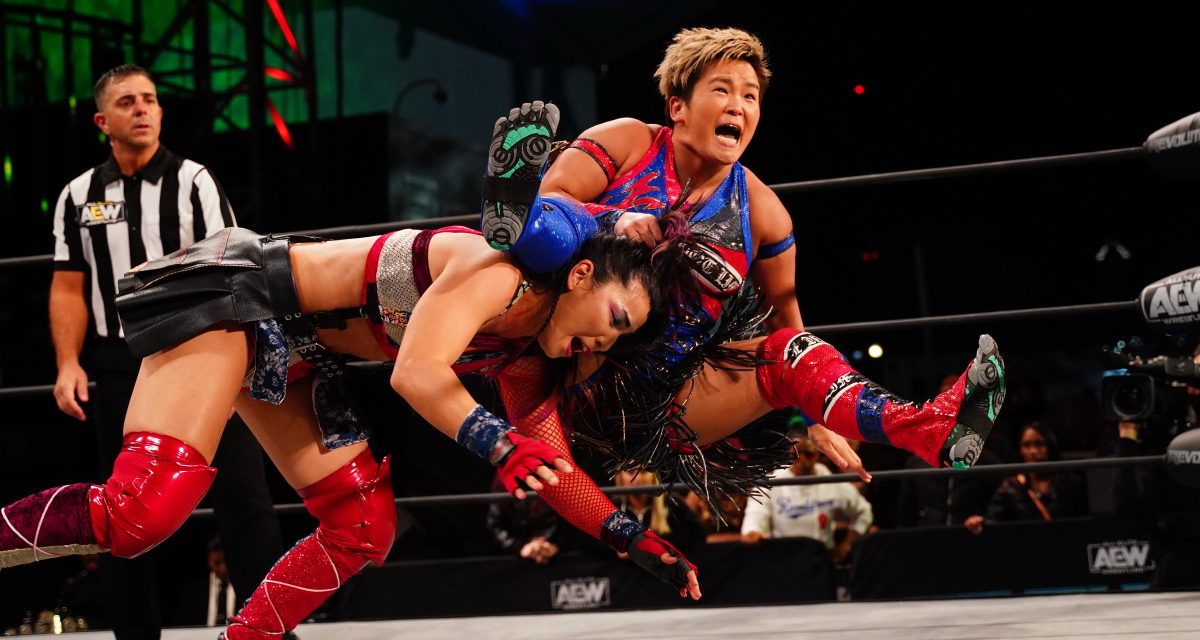 After its first attempt at creating a tournament specifically for the women, I was hoping that All Elite Wrestling was going to get it right this time. Although the promotion inched closer to the right direction, AEW still missed out on another opportunity to put the spotlight on its women’s division.

The AEW Women’s World’s Eliminator Tournament had the great idea to include female grapplers from Japan, but didn’t execute the planning of the tournament very well. This not only made it very difficult to follow, but it also didn’t make me really excited to watch it.

Here’s how the tournament worked: There were two brackets, and the American side consisted of the women we see most weeks on Dynamite and the Japanese bracket was loaded with tons of females who are at the top of their game. Eventually, we got down to a winner from each bracket facing off to determine the winner of the tournament. That wrestler would then go toe-to-toe with the AEW Women’s World Champion Hikaru Shida at the AEW Revolution pay-per-view on Sunday, March 7.

The company announced that it was going to have four must-see matches on its YouTube channel to start off the event. This was the only part of the plan that actually seemed to make sense. They had four unbelievable match ups on the Japanese side, and we really got to see what kind of competition that these women bring to the squared circle. The fact that AEW has this partnership is ground-breaking and I would really like to see them do more of it once the pandemic blows over.

The women from Japan are dynamic, high flying and have interesting characters that we don’t see too much of in North American promotions. This group was a mixture of legends like Emi Sakura, who has over 25 years of experience in the ring and girls like Mei Surga who has only been wrestling for two and a half years. No matter the experience level, they all seemed to elevate each other and put on a good show that never disappointed.

Then, it went downhill for me in many ways. One would think that the Japanese bracket would air exclusively on the AEW YouTube Channel and the American side would do their part on Dynamite. Not quite. Some of the U.S. matches were on YouTube, airing at the same time as the bouts from Japan and others were on Dynamite. Not a terrible idea, but this made the tournament completely out of sync. The Japanese bracket seemed to always be well ahead of the other side, and we had a winner for them before we could even find out who won the semifinals for the American women. It made it very confusing as a viewer to be able to follow the action.

The outcomes of the American side of the tournament were also quite puzzling. In the semifinals of their side, we saw Thunder Rosa go up against the Native Beast Nyla Rose. I thought this would be the push that Rosa wanted and the one we were all hoping for. I was disappointed to see Nyla Rosa win, and this is only because she’s had a title push before. Why not give it to a wrestler who’s a five-tool player and a leader in your women’s division? I also believe that she would have been a much better opponent for someone like Ryo Mizunami, who ended up beating Rose in the finals to win the tournament. 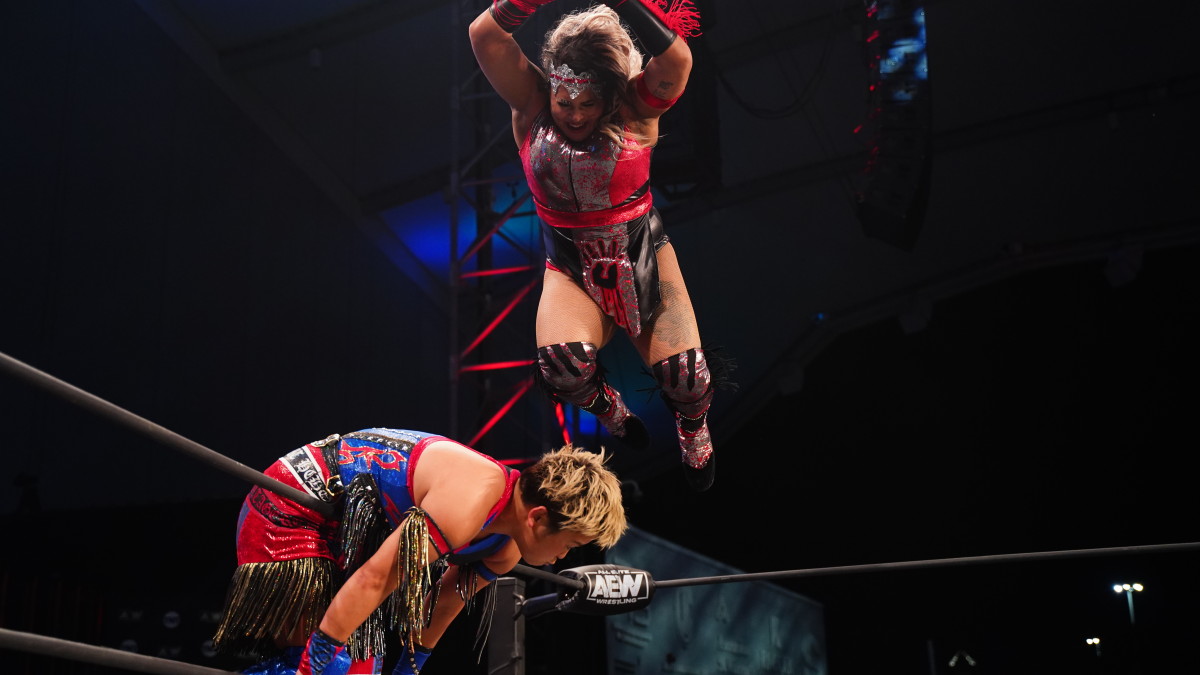 Nyla Rose drops onto Ryo Mizunami in the finals on AEW Dynamite on March 3, 2021.

Then it was game time at Revolution. Hikaru Shida and Mizunami faced off in a 60-minute time limit bout and it had all the makings of becoming a great match. Unfortunately, it did not live up to the hype. I found the action a little sloppy at times and I think they failed to showcase their different wrestling styles. About five minutes into the match I knew that there was no way that they would make it to an hour, or even close. The entire thing was about 15 minutes, and that was pushing it. I was disappointed to see that two women who are as talented as they are could not put on a show to remember.

The best part of the match was the commentary that carried the match through the low points. Excalibur managed to insert little nuggets of history of both competitors, which made it more interesting. The fact that this is not the first time these two have faced off and that they were trained by two legends with varying styles of grappling felt like important information that the viewer should know. But, if that’s what you have to rely on in a match, there’s a problem. 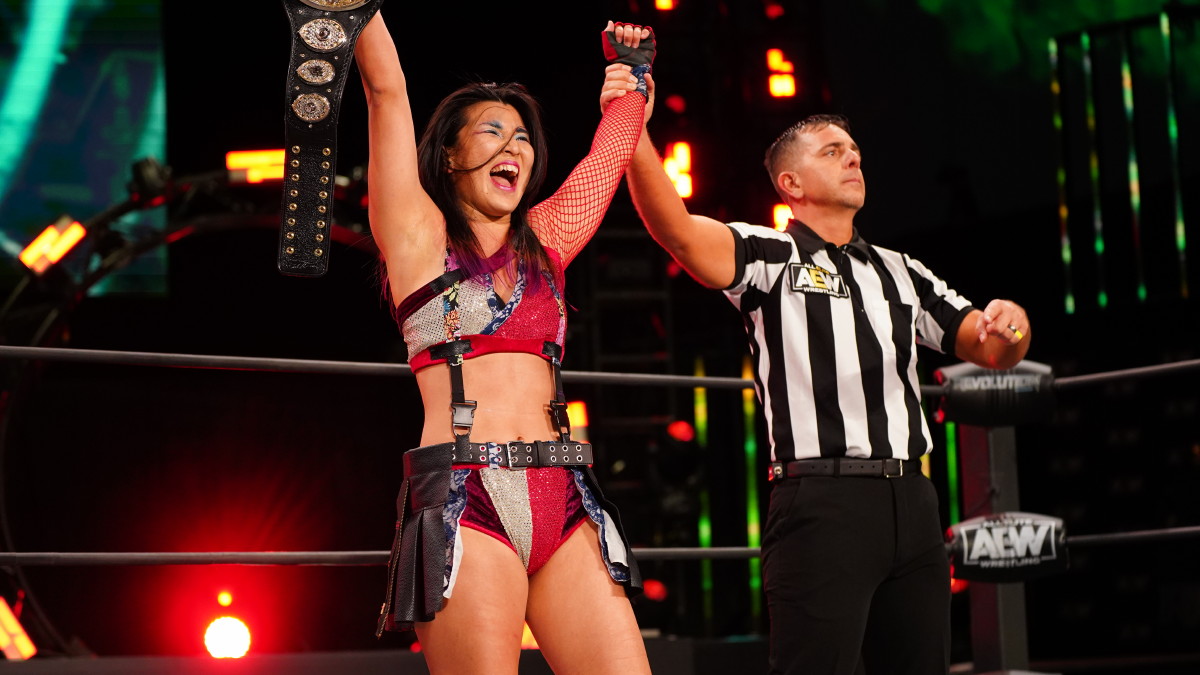 Ultimately, seeing Shida retain the title was not a surprise. A champion needs to be charismatic, a great athlete and a good leader for the division. Shida has proved that she has all of those qualities and it would be hard for anyone to replace that.

I think it’s time that AEW push its women’s division and turn up the heat. Stop giving the fans predictable match ups and give us a reason to believe that these women are some of the best in the world. I can only hope that we see more thought-out planning, creativity and a tournament that will give me a reason to believe that this division will one day top the world of women’s wrestling.