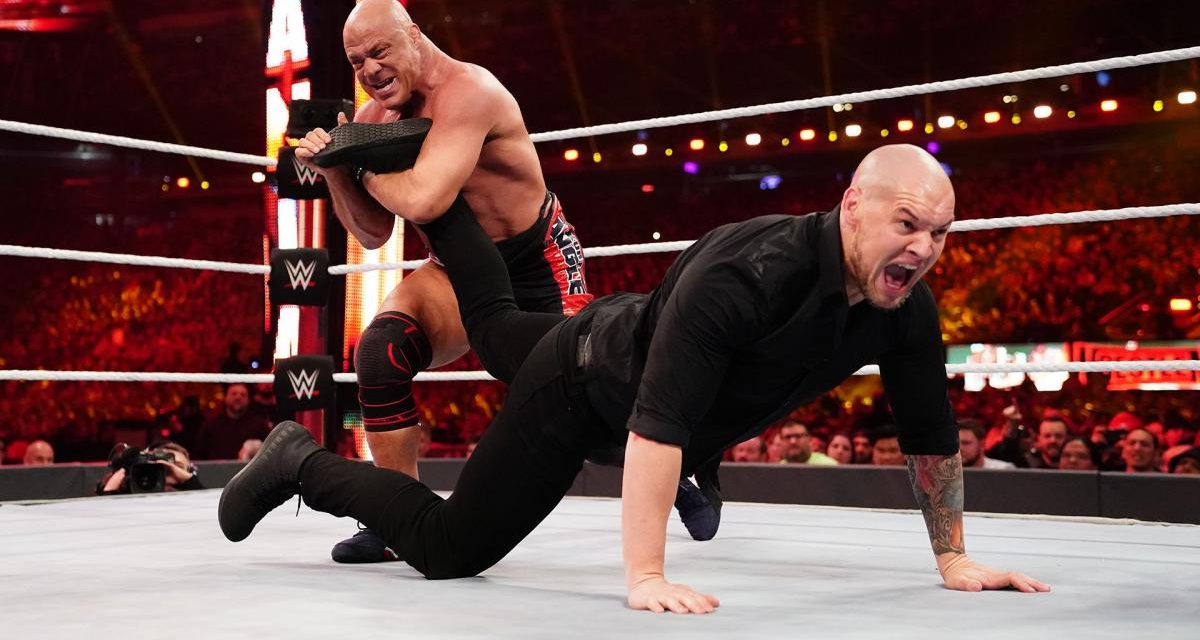 It was supposed to be Jason Jordan and then it was Baron Corbin but Kurt Angle wanted John Cena.

On his new podcast The Kurt Angle Show, Kurt Angle spoke to host Conrad Thompson about his WrestleMania 35 retirement match that didn’t play out exactly how he hoped it would.

Angle explained that the road to WrestleMania 35 for him began with his induction into the WWE Hall of Fame in 2017. As Angle tells it, just as he was going to go out and accept the award Vince McMahon met with him. He offered Angle a deal to become the new Raw general manager but he had to start on Raw the following night.

Angle was all for it as long as he was able to wrestle again in the WWE. McMahon told him that they would get to that place eventually so Angle agreed.

Angle would soon be embroiled in a half-baked storyline in which he fathered an illegitimate son who turned out to be Jason Jordan. Angle was surprised the WWE didn’t pick Chad Gable instead.

“It might have been a politically correct move. I was happy and excited about it because Jason is a great talent and he was improving every week,” he said of the choice.

The idea was that storyline would lead to a father versus son match at WrestleMania 35 between the two but fate had something to say about that. 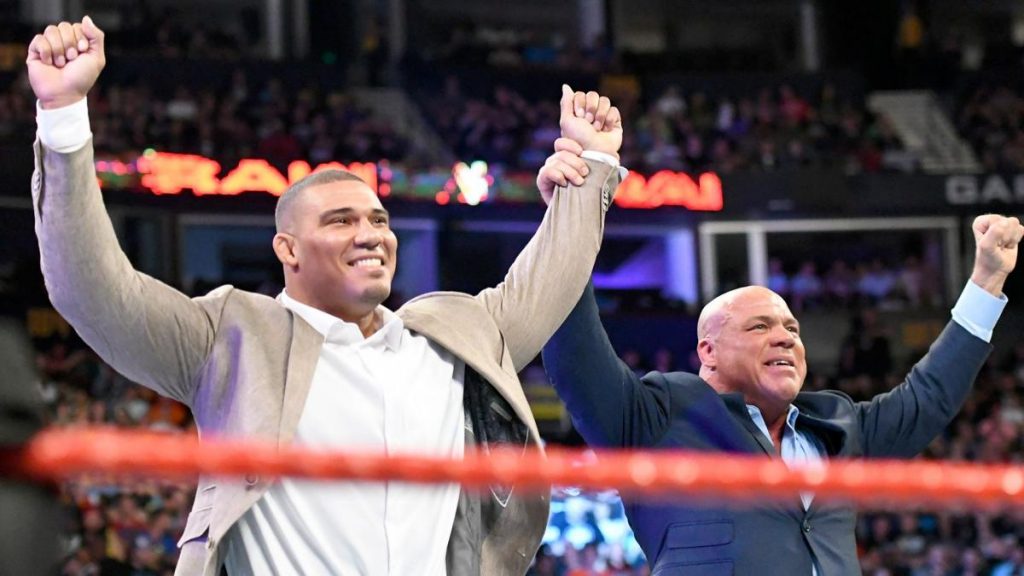 Jordan suffered a serious neck injury and the storyline had to be scrapped, which is where Baron Corbin came into the picture.

“Baron was more of a bully and I was a victim. I didn’t like that but that’s what they gave me. The program was fine. I was okay with it. It was lot of fun to do and Baron Corbin is a great talent. I just didn’t expect him to be my opponent at WrestleMania,” said Angle.

Angle met with McMahon before WrestleMania breaking the news to him that he wanted his match on the show to be his retirement match. He also wanted to wrestle John Cena.

“I wanted John Cena for my last match. I started his out career and I wanted him to end mine. I wanted him to put me in that match but it never happened,” recalled Angle.

Instead of wrestling Angle, Cena’s role at WrestleMania was reviving the Doctor of Thuganomics gimmick and having a dust-up with Elias.

Angle did run into Cena during the show. Cena told Angle that the match “just couldn’t happen” without going into great detail as to why. 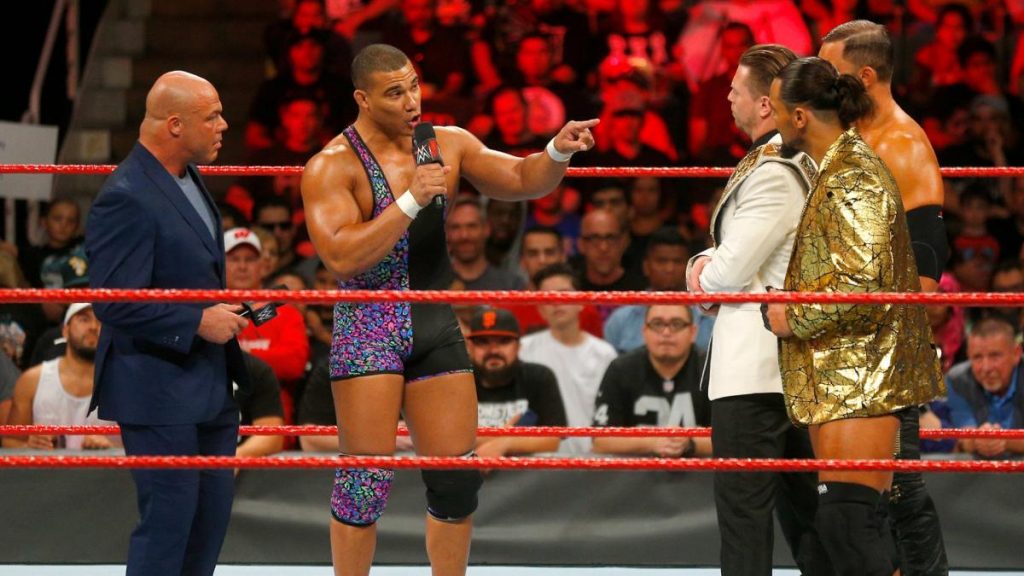 “Maybe Cena didn’t want to wrestle at WrestleMania. Maybe that’s why it didn’t happen. I don’t know,” said Angle of the situation.

Though Angle didn’t think Corbin was ready yet to be in a WrestleMania match against a WWE Hall of Famer he knew the plan was to get Corbin over and had no issue doing the job.

“I think they killed two birds with one stone. They got my retirement match on WrestleMania and they got a good filler match between two main event matches. I really believe my match was honestly a filler match. When you go under six minutes at WrestleMania, you are on the 14th position and you are on after Batista and HHH, you are on before the main event, it is a tough spot. Not having a lot of time, you know you are the filler match.” he explained.

“It was a filler match. It is what it is. I understand why they did it. My body was breaking down. I couldn’t go at the level I used to so Vince McMahon gave me the retirement match I needed, not exactly the one I wanted. I was just happy to have the match,” said Angle.

You can listen to the entire interview here.