Behind the Gimmick Table: Mikey McNeely striving for originality 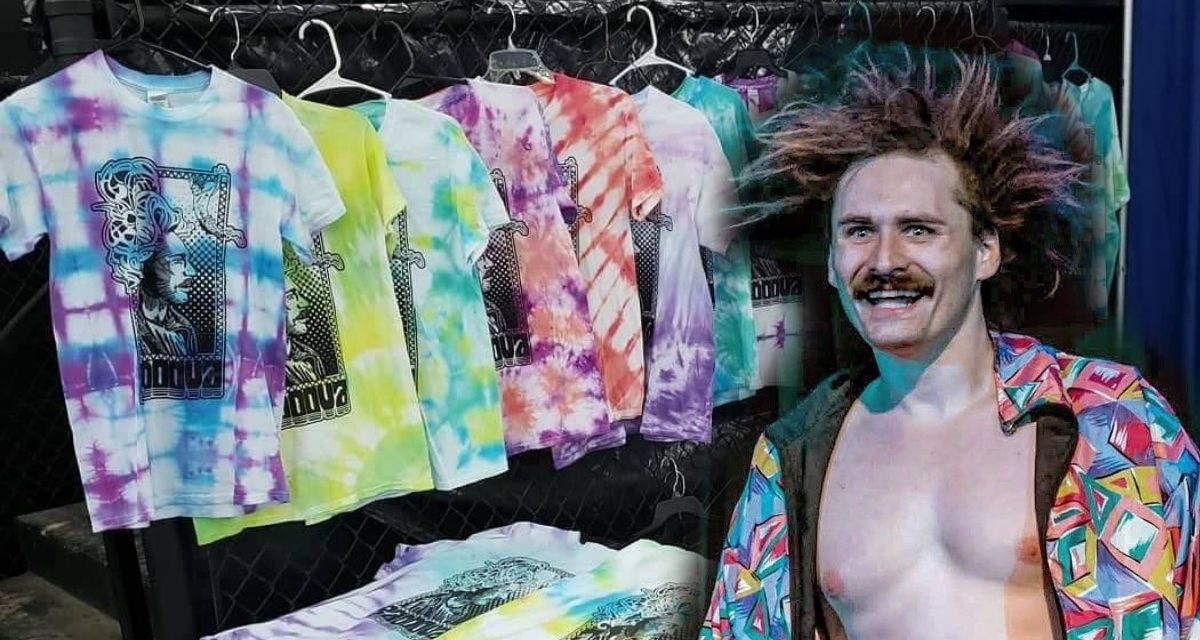 Mikey McNeely is a wrestler who is hard to classify as a fit into a typical box. The same goes for his DIY merchandise. Sometimes it fits best in a blister pack for example.

His first memory of pro wrestling goes back to his childhood in Marion, Kentucky, when he walked into the living room one Monday night to see his father watching WCW Monday Nitro in his recliner. He sat right down next to him and soon enough he was watching wrestling alongside Dad whenever he could in a mini-recliner of his own (courtesy of Mom).

Although never a “collector” that would seek out completion of things such as a series of action figures or trading card set, McNeely would buy wrestling collectibles and memorabilia whenever he saw it and had the cash. 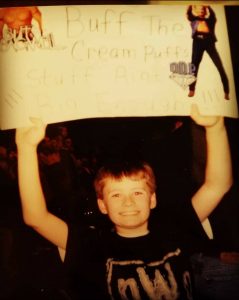 Mikey McNeely in attendance at a 1990s WCW house show.

Before getting trained, he had the chance to see two live wrestling WCW events at the SIU Arena. His third event would be an independent one when he was 16 after his mother happened to come upon a flyer. The Chaos Pro Wrestling event would usher him into the profession.

“[My father] had mentioned to some of the guys at the show that I wanted to be a wrestler so there was an understanding that I would come to the show early and help out and that they’d train me and it was all on from there,” McNeely said.

Chaos would become his home promotion. In 2003, within a year of training, he debuted there.

At that stage his only concerns were his next immediate steps in training and upcoming matches. The longer term mindset and gimmick table business mindedness would come later. 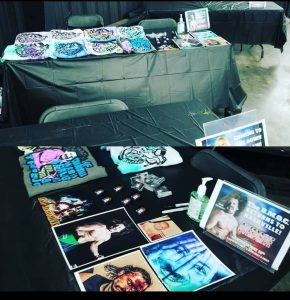 Today McNeely’s merch is the driving force behind his professional wrestling venture. His variety of stock is extensive for an independent talent doing it all himself.

Of course the staples are there: 8×10 photos and T-shirts. But the spin on these McNeely executes reflects his persona and connects with the fans expertly.

“I’ve done some out there 8x10s. I’ve sold baby pictures… just fun stuff. Especially in Tennessee and Kentucky. Some people will buy the same promo picture every show and every now and again you can throw somebody a promo pic for getting a shirt — that’s always fun.”

McNeely’s catchphrases and T-shirt slogans are definitely unique. “Bark! Bark! Gator Tits!” is the most popular among his “Margooliacs.” 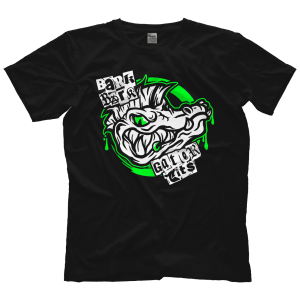 “My best shirt. I’ve revamped it a couple times. They always sell great. It was something I’d said on the way home [from a booking]. I said, ʻBark! Bark! Gator Tits’ and everyone popped. I said I’m gonna put that on a shirt… usually if something pops everybody and everybody thinks it funny I’ll slap it on a shirt.” The slogan would also end up on his gear in addition to his seasonal merch offerings such as beanies.

On the more experimental side of things McNeely’s merch delves into the third dimension.

You won’t need glasses for his 3D works but he makes them with a 3D resin printer. 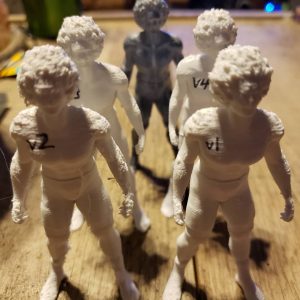 Action figures are one of the most popular wrestling collectibles but are mass-produced overseas for the biggest promotions. With a 3D printer, McNeely has begun to create figures and other items featuring his likeness. Initially, he had five prototypes made of his scanned image. He met a contact through his wrestling school who could scan him. “The guy came over to my house with a rig and pretty much did it with his phone… I did sell four of the original ones but I kept the original for myself. I’m moving on to making molds and molding them. You can get a lot more done that way.” McNeely also has a 3D printed prototype ready for a mug.

Now based out of Metropolis, Illinois, McNeely is working regularly for Southern Wrestling Federation, Anna Fight Underground, and Flop House Wrestling, and as things begin to open up post-pandemic McNeely is excited to get back in the ring and behind the gimmick table along with his peers. 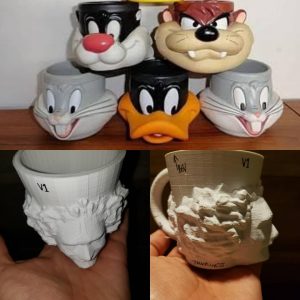 “You see so much cool stuff from wrestlers [these days],” McNeely said. “Effy has a fragrance. You can do anything you want it’s just how much time you’re going to spend sending out emails and banging on people’s doors to make it work.”