Mat Matters: Send in the Clowns 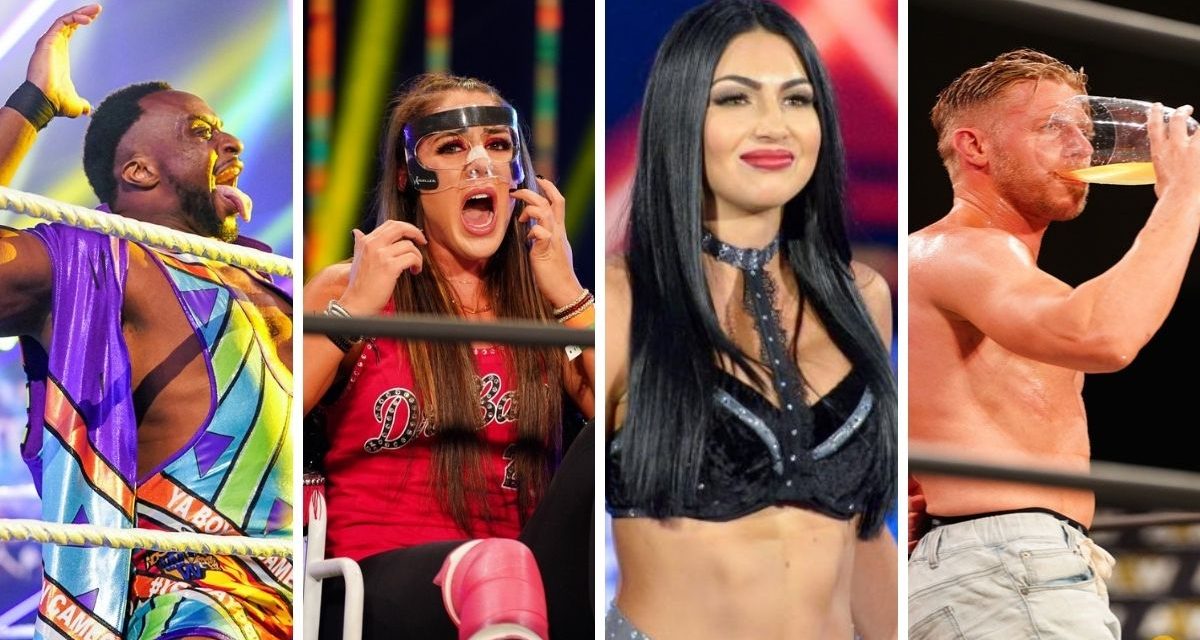 In pro wrestling, the persona or character of the clown has been a staple of the industry, the most infamous of which is Doink the Clown, his many incarnations and minions in WWE. The bitter, cruel clown was so popular Chris Jericho dressed up like him to get the drop on William Regal a few years back. We had the Insane Clown Posse make appearances and Sting went through his dark Joker phase. 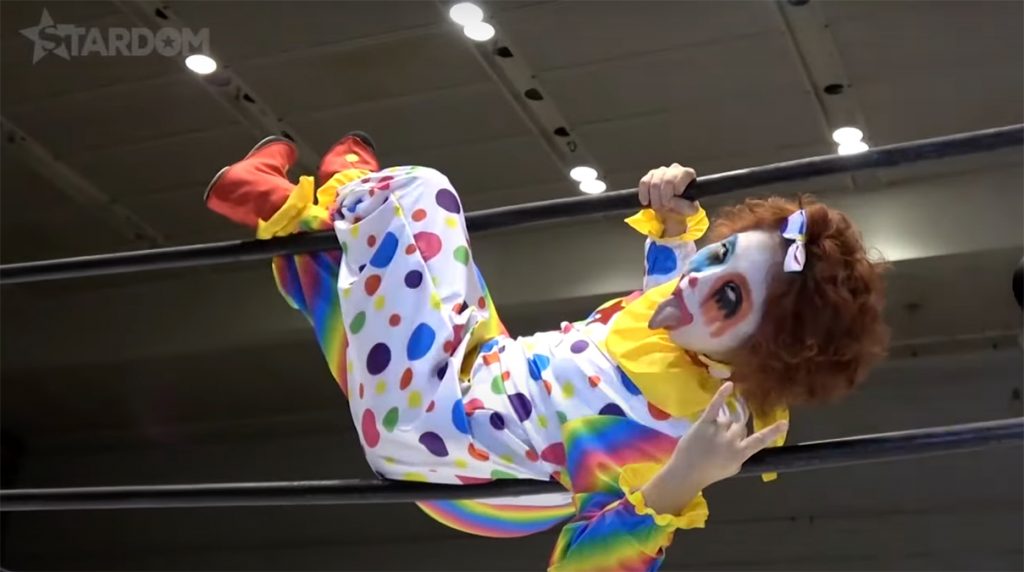 Fast-forward to today where we have The Los Psycho Circus causing chaos and mayhem in AAA south of the border and the hilarious Gokigen Death clown (Kaori Yoneyama) in Japan’s Stardom.

All of these examples are intentional clowns though. Characters who were purposely created to either make people laugh, make them cringe or perhaps both. The other kind of clown doesn’t wear make-up or floppy shoes but they can make us laugh or cringe all the same. Here’s looking at the good and bad of today’s “clowns”. 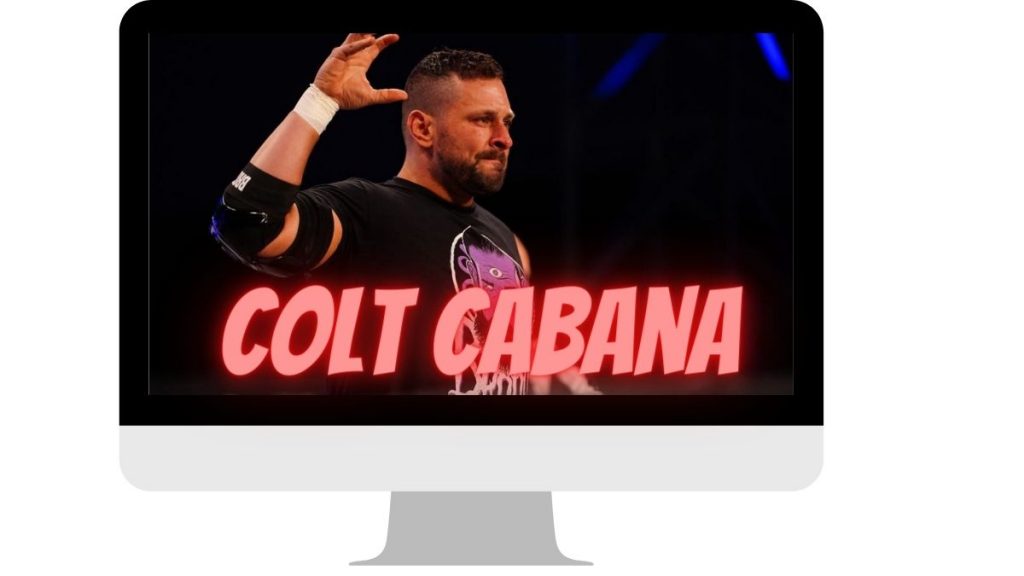 He is a little goofy and kooky. He has wrestled everywhere and anywhere, although I have personally really enjoyed his time in New Japan and his interactions with Yano (more on him later). Cabana’s antics are just a smoke screen. He is actually a very accomplished and skilled wrestler. It is why he has been in such demand over the years. 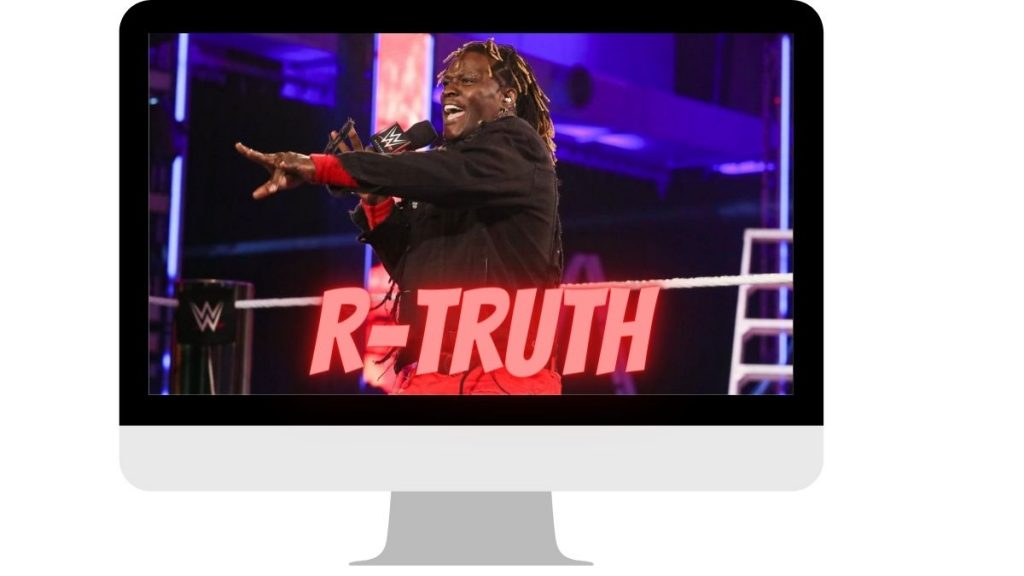 Since re-signing with the company Truth has been with the WWE for 13 years. In that time, he has expanded his clueless character, has become a main comedy attraction but at the cost of his actual in-ring career. I cannot think of a single memorable R-Truth match over the last 13 years. Can you? His run with the moronic 24-7 title has done nothing to improve his in-ring credibility in the WWE which is why he will probably never and shouldn’t rise to main event status there even though some fans are enamoured with his juvenile antics. 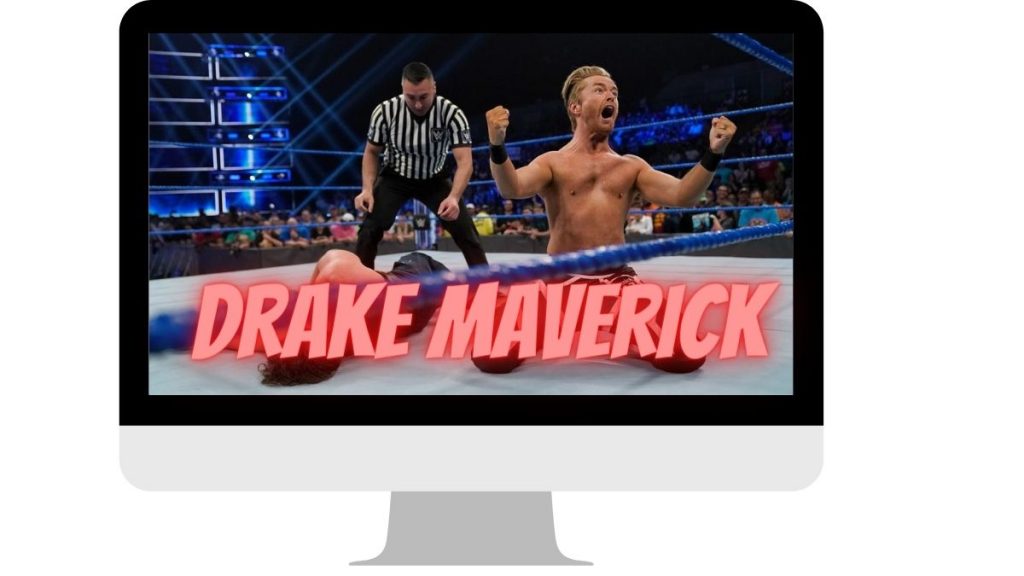 He has been all over the map in the WWE. He was 205 Live’s general manager when the show still had an audience. Then, he was a singles competitor in NXT and now he has been teamed up with the equally drifting Killian Dain. The running joke is that he is 5-foot-4 and Dain is 6-foot-4. The sad fact is that Maverick is a great wrestler. It is just the WWE has always viewed men who are closer to the ground than others as comedy acts who cannot be taken seriously for some reason. 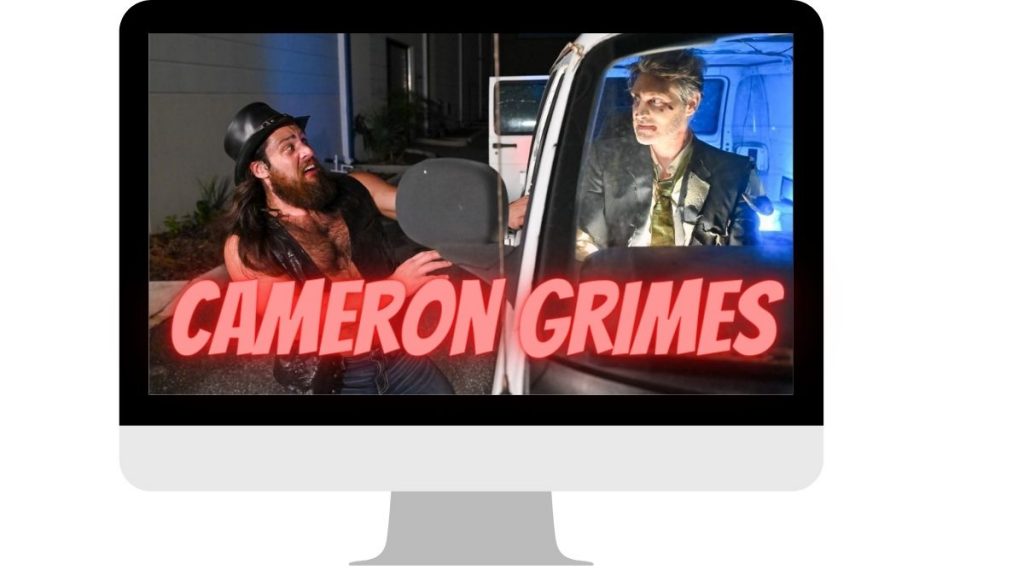 This oddball has improved and excelled in NXT because his schtick has caught on with fans. Grimes is genuinely amusing but overall, his matches have not been of the comedy variety until recently. He exemplifies the balance any “clown” looks for in their career. 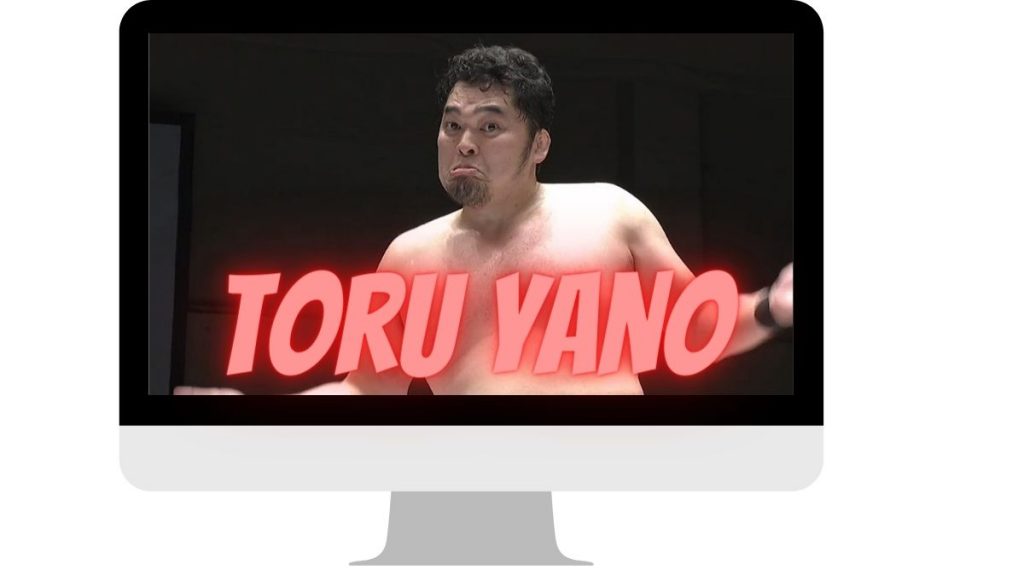 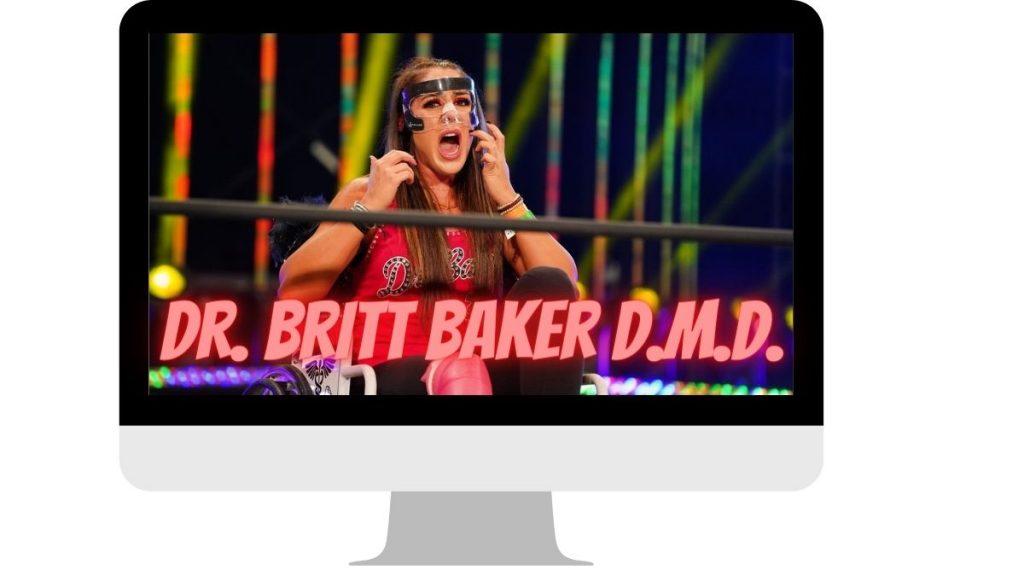 The best thing that ever happened to Baker is the she turned heel in AEW becoming everyone’s role model. Since that time, she has truly shined and is one of the standout talents in the entire promotion. She is the total package. She has her entertaining skits and segments; however, she is a force to be reckoned with in the ring too. 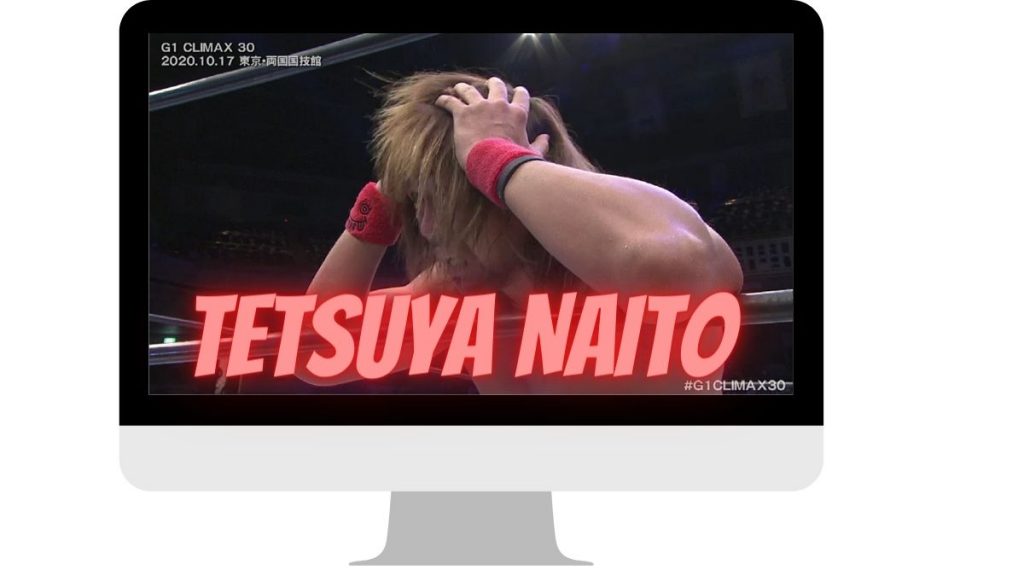 He is NJPW’s resident Joker to Okada’s Batman even though his character is the guy who just doesn’t give a crap. Naito can be funny as hell like when he dragged the highly prestigious IWGP Intercontinental Championship on the ground, smashing it against ring posts and ringside barriers, throwing it around the ring and arenas damaging it so badly it had to be replaced, which NJPW planned on doing any ways. Although his gags and his sense of humour are priceless, in the ring he is one of the best in the world, one of my all-time favourites. 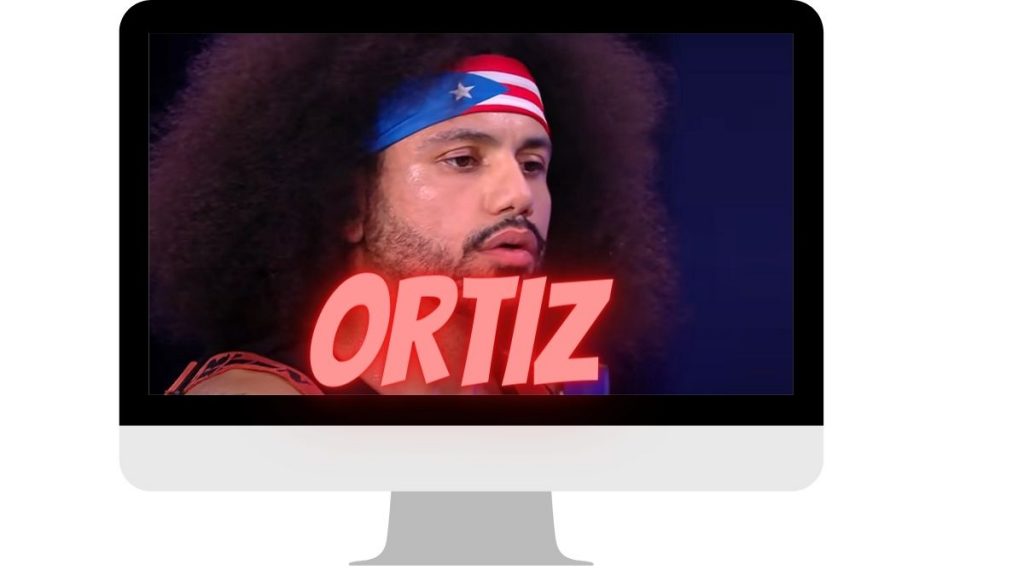 I don’t get this guy. I really don’t. He is a member of a kick-ass tag team with Santana yet he routinely acts like a dumb-ass court jester and that does nothing for the team’s reputation. It certainly doesn’t bolster their “street cred” which the team is persistently yacking on about. If you are portraying yourself as a hood from the streets, stop acting like a buffoon…and get rid of those “bare foot” or “five toe” shoes. You aren’t kayaking. 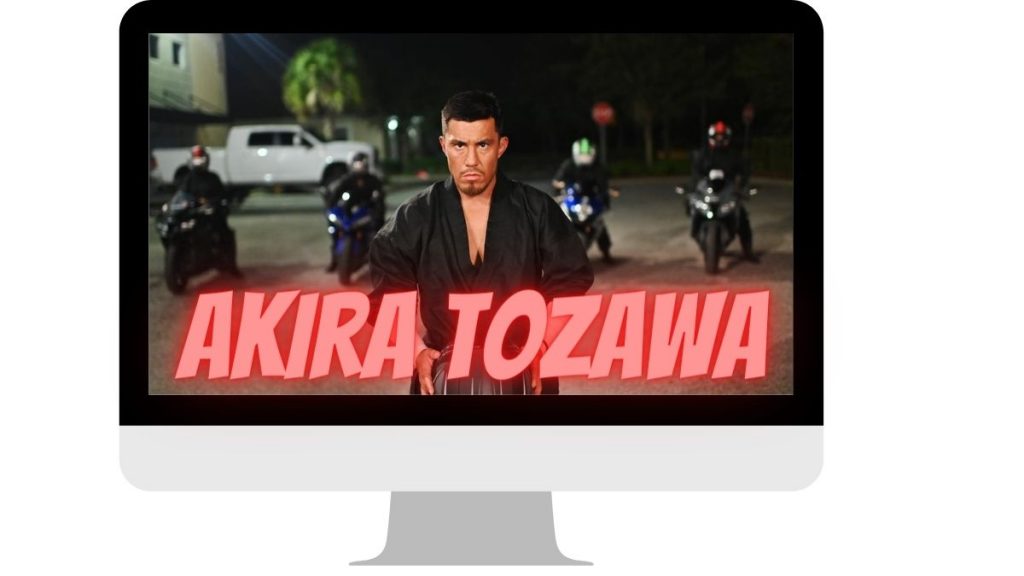 There is a reason why Akira has been a mainstay in Dragon Gate. He is a hard-hitting, savage performer. Then he arrives in WWE and after turning heads in 205 Live he is reduced to being the leader of a zany ninja clan. What a waste. 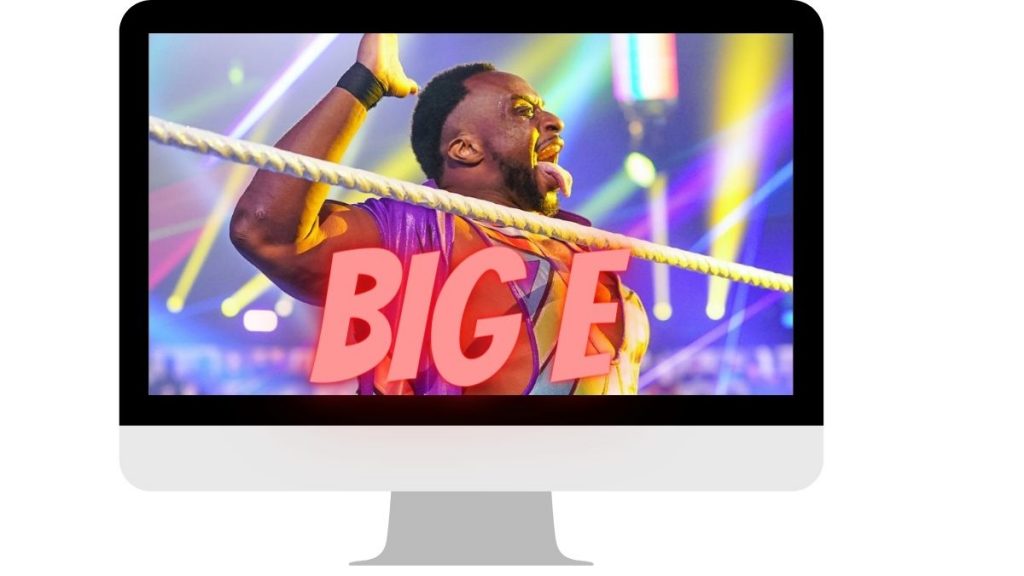 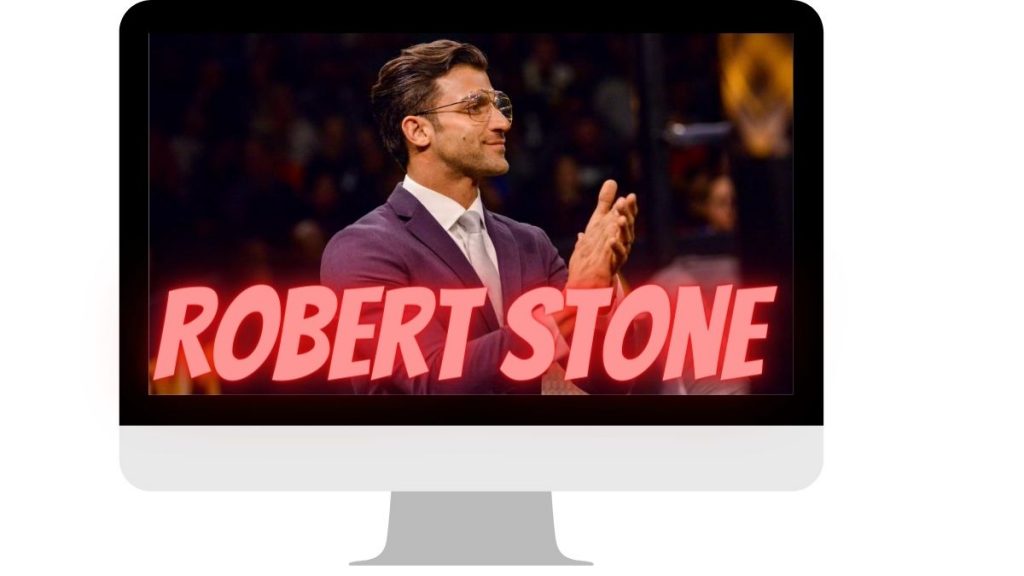 He has never been funny. Never. Ever. Not once. The running tank joke with Shotzi Blackheart — where he is constantly run over by a toy vehicle which has the top speed of three MPH — was stupid crap. If you are going to play the crackpot manager, study the masters like Bobby Heenan, Jimmy Hart and Jim Cornette. 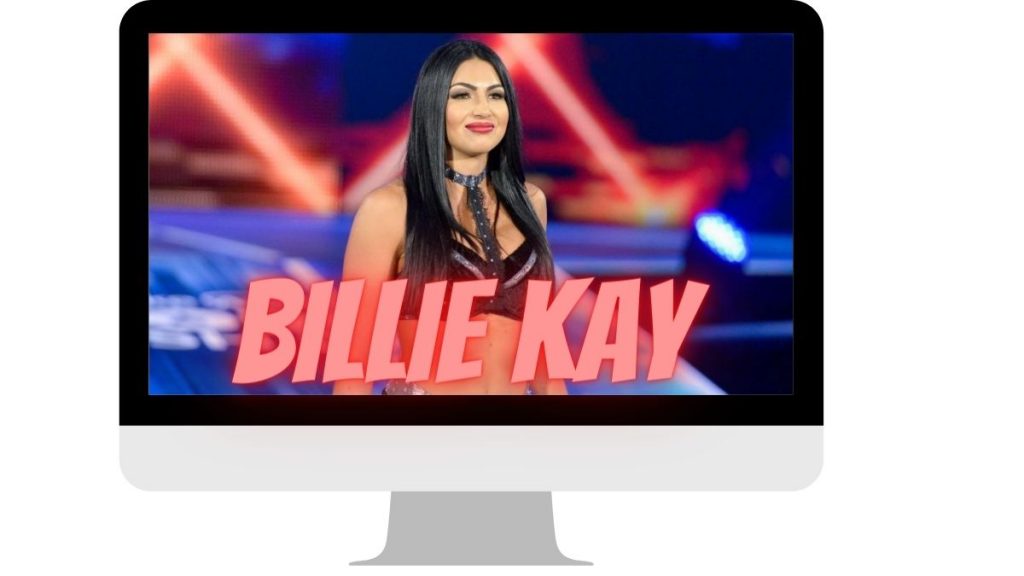 Now we know why Billie Kay and Peyton Royce were presented as a tag team on the main roster. Royce was decent in NXT but she is bland on Raw. Since the IIconics were disbanded Kay’s shortcomings as an in-ring performer, at least in WWE, have been highlighted. Perhaps she just needs a bigger stage to show what she can truly do? No matter what, Kay does have a future in some capacity as she has a vibrant personality and a quick wit. The age of the manager needs to be resurrected and Kay certainly could fill that one really well with her over-the-top personality and ring knowledge. Make her one, now. 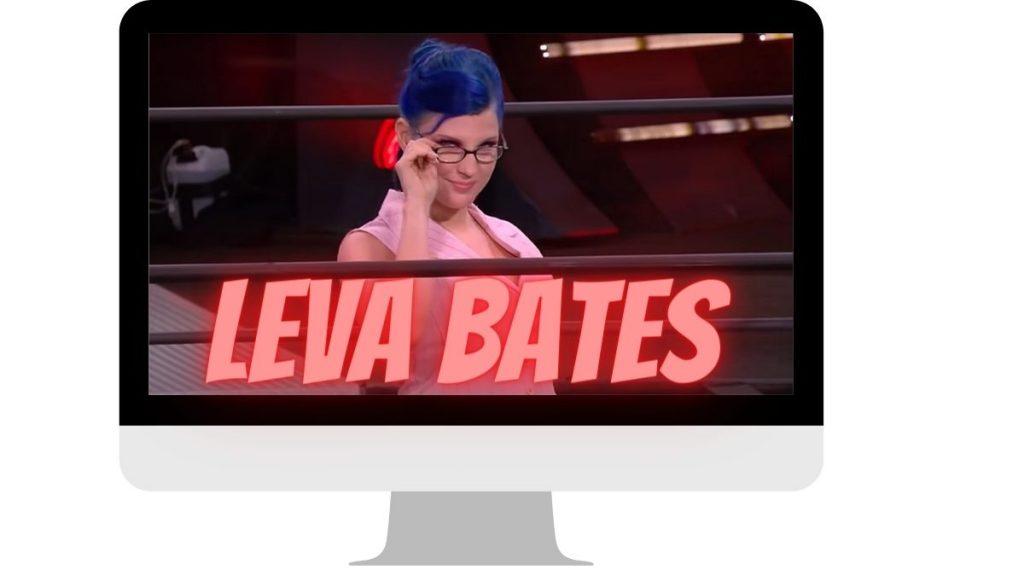 How far Blue Pants has fallen. Leva Bates is another decent wrestler stuck with the clown gimmick and with Peter Avalon doing whatever he is doing now, she has become a supporting star when she could be so much more. It is time for Bates to get serious, ditch the librarian gimmick and really show AEW’s faithful what a talent she is. Watch her matches in NXT to see what I mean. 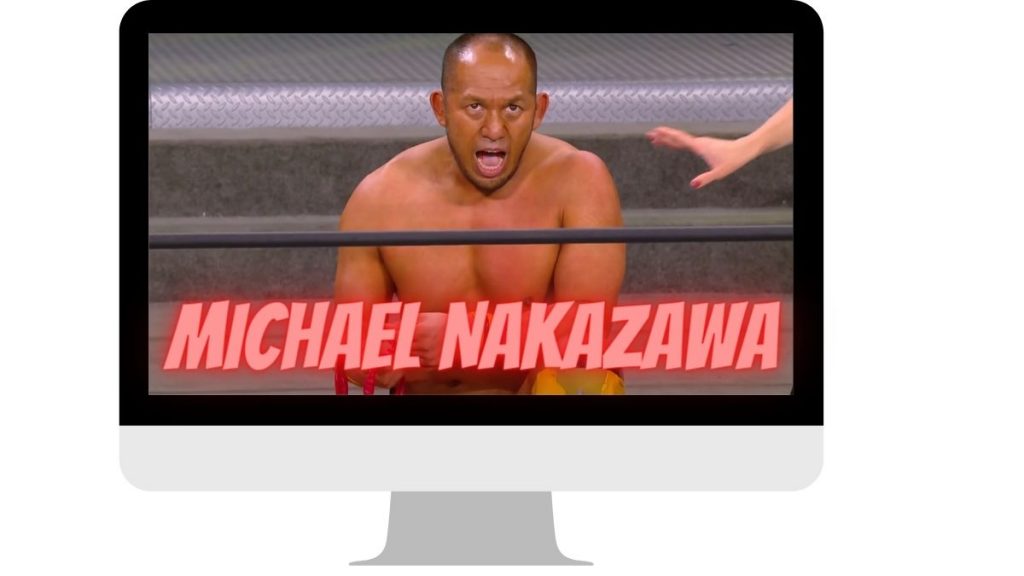 When your only angle is basting yourself like a Thanksgiving turkey and nothing else, you know you are a certified “clown.” Maybe I need to dig into his past more as I have not been impressed by anything he has done in AEW, nothing at all. 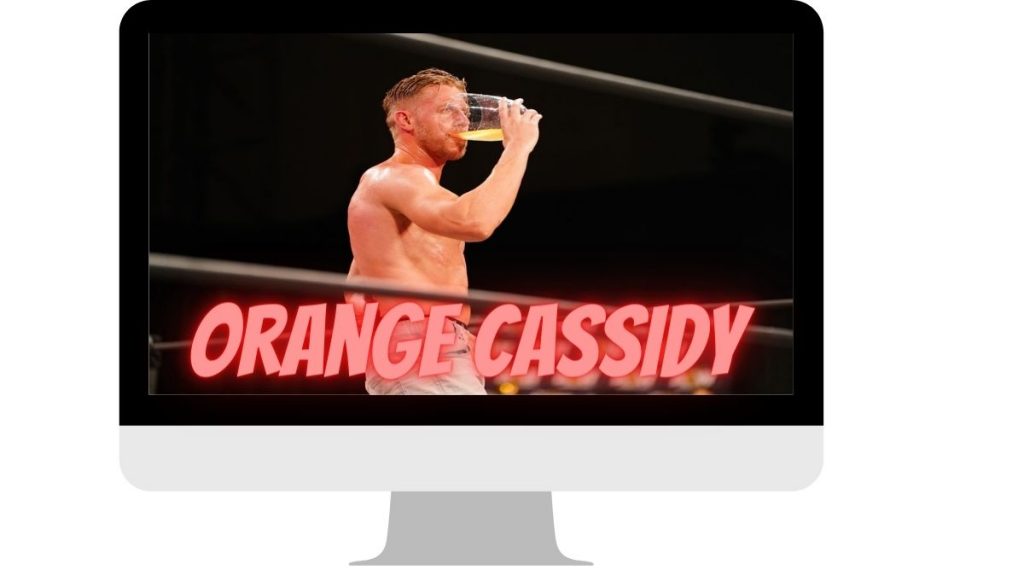 Lots of experience and he is agile as anything in the ring. He could rise to be so much more. He is hugely popular… and I just don’t get why. His entire gimmick is mocking the wrestling industry and insulting fans, the business. In an interview with ESPN Cassidy himself said: “The Young Bucks were the people that were like, ‘We need to get Orange here because my character is a giant middle finger to professional wrestling,’ so they were like, ‘Of course, let’s get him in.’” That says it all about what Orange Cassidy stands for and represents and that’s nothing I want to be a part of. 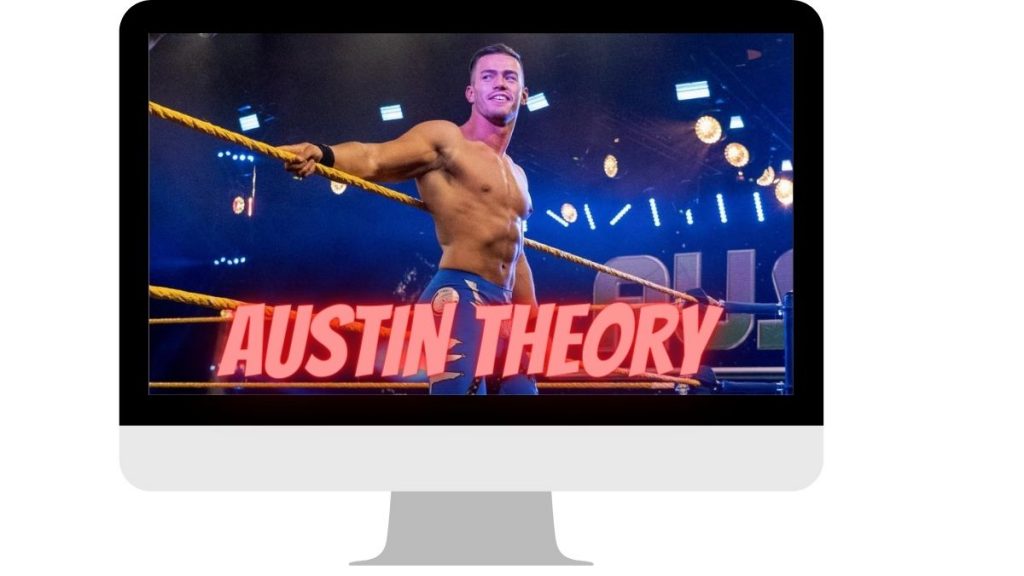 I was really excited by Austin when he debuted in NXT. I really hadn’t followed his career but he seemed to be another shot in the arm that the brand so desperately needed. Then, they teamed him up with Johnny ‘Mr. Personality’ Gargano, Candice ‘Overrated’ LeRae and Indi Hartwell in The Way transforming Theory into another thick-headed goof. He really could have been the next A.J. Styles.