Behind the Gimmick Table: After a short career Ron Davies, boots it to success 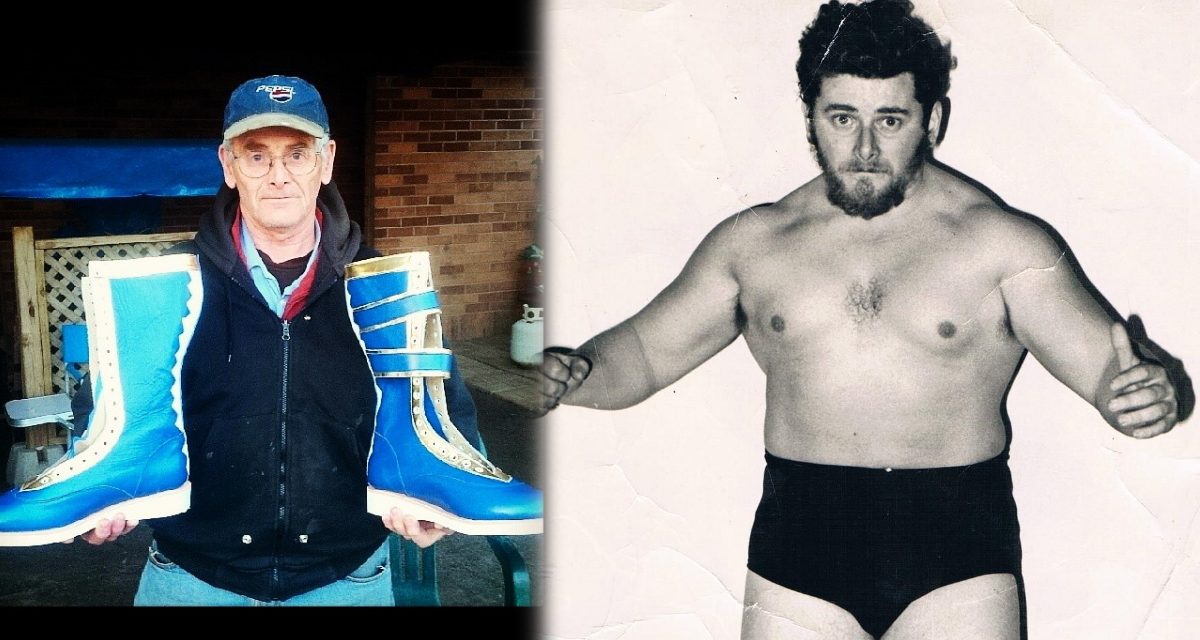 It is an all too familiar mantra to wrestlers in Ontario and the world over as they wait for in ring footwear on order.

Steadfast, precise and methodical are apt descriptions of Ron Davies for anyone who has placed an order with him through his company RD Wrestling Boots.

After SlamWrestling.net recently spoke with him from his home in Cambridge, Ontario, it is clear that these adjectives are accurate in describing all aspects of his life. 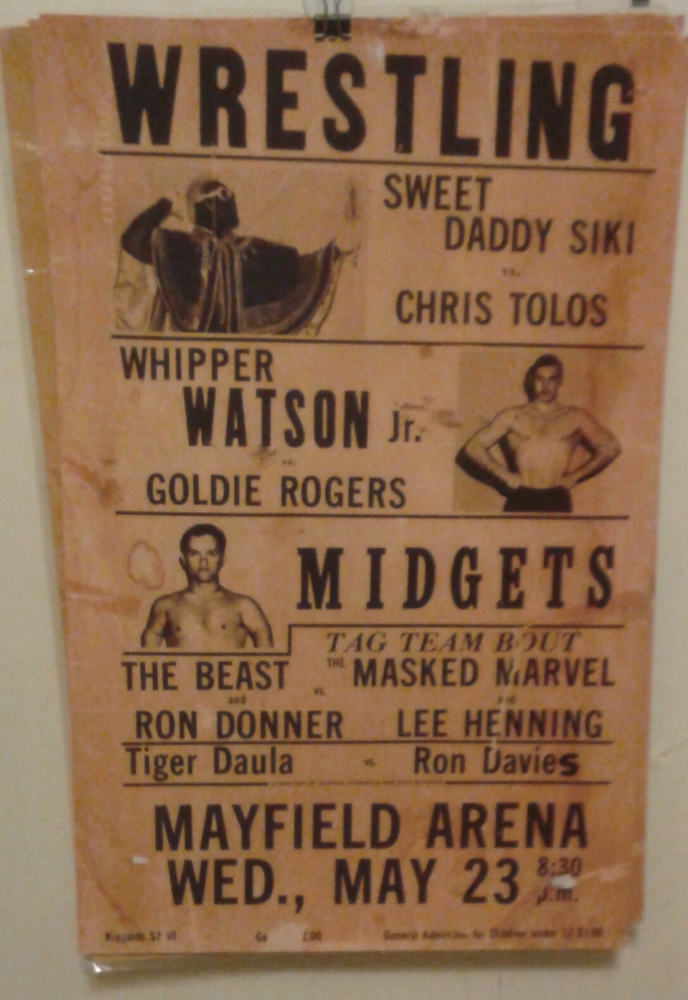 RD has been a wrestling fan as long as he can remember and used to catch the action live at events in his hometown at the Galt Arena as well as venturing out to Hamilton on occasion. “Back then ringside was $2.50, a buck for up in the bleachers… no merchandise no nothing,” Davies recalled.

In the 1960s era of strict kayfabe, tickets and concessions were the priority as opposed to the merchandise, souvenirs and collectibles that inundated arenas of the modern era. But that didn’t stop RD from securing a very rare collectible for himself on one occasion. “The original Sheik, he would always go there… Sheik had the pencil. He used it behind the ref’s back. I picked it up and kept it. Everyone was yelling ʻGive it to the referee! Give it to the referee!’”

The big wrestling business milestone came for RD however in the pages of the Hamilton Spectator newspaper. The ad read “LEARN TO WRESTLE!”

RD wasted no time. “I phoned the guy, told him who I was, told him I was about 170 pounds and I worked out. He said come on in.” It was Jack Wentworth’s school, though it was not a school in the sense that people think today. Sailor Jim Clark did much of the work with Davies, who recalled that it was a small class, and not cheap. “[It was] $350 for the summer. That was a lot of money back then. Most people didn’t have it laying around. Only two [other guys] showed up.”

RD elaborated on his training. Clark set up a ring out in Grimsby, on a hobby farm. “A ring, one rope, no spring and carpets for the mat, no ring aprons and that’s how we learned. Everything was basic, stepover toehold headlock, top wrist lock, go behind. It was all basic. We didn’t know how to work the ropes because the ropes were all Mickey Mouse.” The highly-respected Wentworth, who trained many names out of Hamilton after his own career where he was a name especially in his native England, only ever showed up a few times. 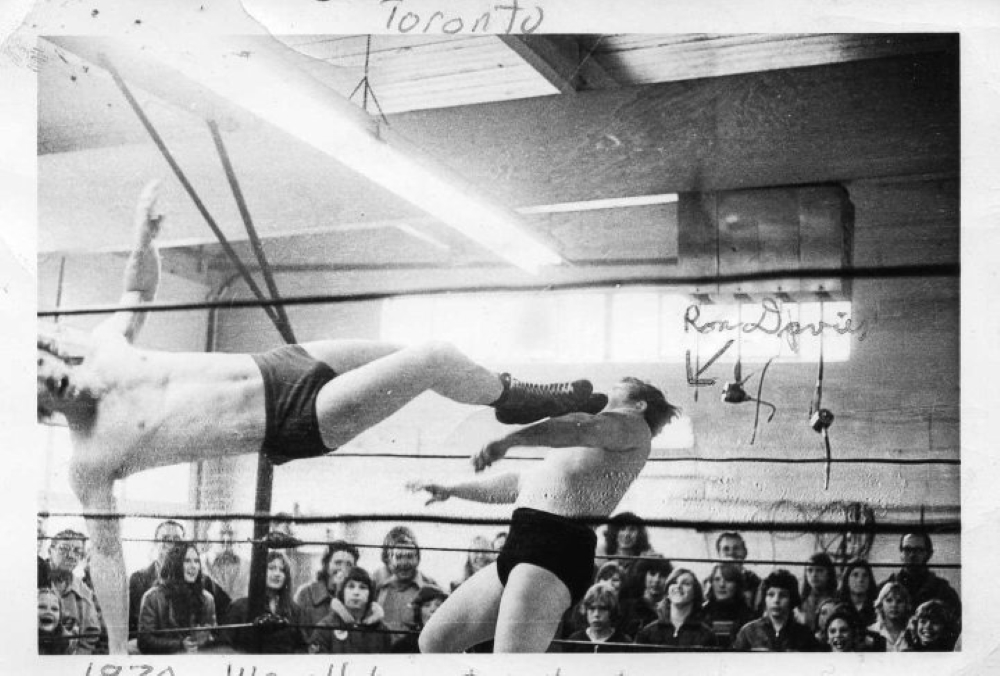 Whipper Watson Jr. with a dropkick on Ron Davies.

RD also had additional training at with the Love Brothers (Hartford and Reginald), Eric the Red, and at Mack’s Gym, but his wrestling career was a very  modest one. With only 30 matches under his belt he preferred to concentrate on his “shoot job” in the snowplow factory. “We manufactured the big plows, I was a jobber, same as what you do in the wrestling.”

He shared that during his time in wrestling he was exposed to much of the darker side of it and exploited by con men in the industry.

Although he never truly retired, RD says that the “bookings dried up.” It would not be until his son Jason ventured into the business that RD would find his true pro wrestling calling. 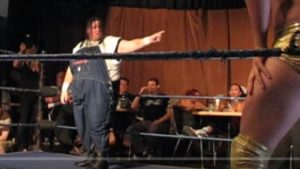 During his time in the ring, RD’s son Jason was known as The Kentucky Butcher.

“My son Jason needed boots, so I went to Cambridge Mall… there was a guy there that did shoe repair… he recommended the guy who does Civil War boots. So I phoned him up, took Jason out there and measured him up… in an old barn [that] had all the old machines and equipment. [It was] $350 to make a pair of boots back then. And they were worth it.”

The old boot maker specialized in Civil War boots for reenactments, and would travel down to Civil War sites like Gettysburg, where he would take orders, and stock up on old muskets and rifles. Naturally, that meant Hollywood would call too.

The boot maker needed help around the shop, and RD filled the role and eventually co-opted the skills to provide for his fellow pro wrestlers directly. 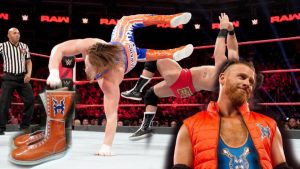 Brian Myers (pictured here during his WWE run as Curt Hawkins) sports a pair RD’s boots in the ring.

It is the same methods and equipment to make wrestling boots as the Civil War boots.

In recent years his business has slowed down. But he remains steadfast in his desire to continue with his boot making passion.

A 2018 open heart surgery led to complications in his ankle, double kidney failure and other issues that he has yet to fully overcome. But RD remains optimistic. He still works out as much as he can in the present shut down scenario and looks forward to producing more boots for wrestlers all over the world. But he is in no rush.