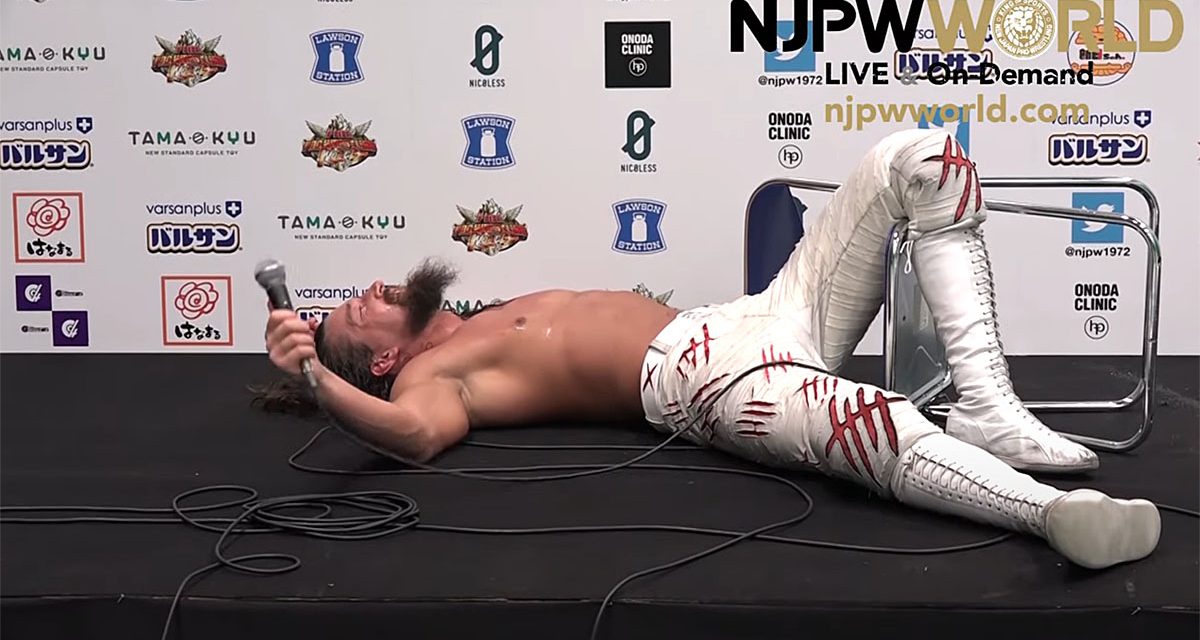 ‘Switchblade’ Jay White is not taking his loss to Kota Ibushi at Wrestle Kingdom very well.

At a press conference following the main event match, White appeared to have a breakdown expressing his frustration with the fans, NJPW and the wrestling business in general.

“I can barely walk and all you can do is stare at me? Did you enjoy watching me walk up here by myself? You don’t even have the tiniest bit of respect or empathy to help someone,” said White to the press as he laughed to himself.

White continued to rant on and on saying he wasn’t speaking as his NJPW persona but just Jamie White from New Zealand.

“You want to talk to Switchblade Jay White but you are getting Jamie,” he said explaining how he didn’t see his family and friends for three years when he left to dedicate himself to the sport of pro wrestling. 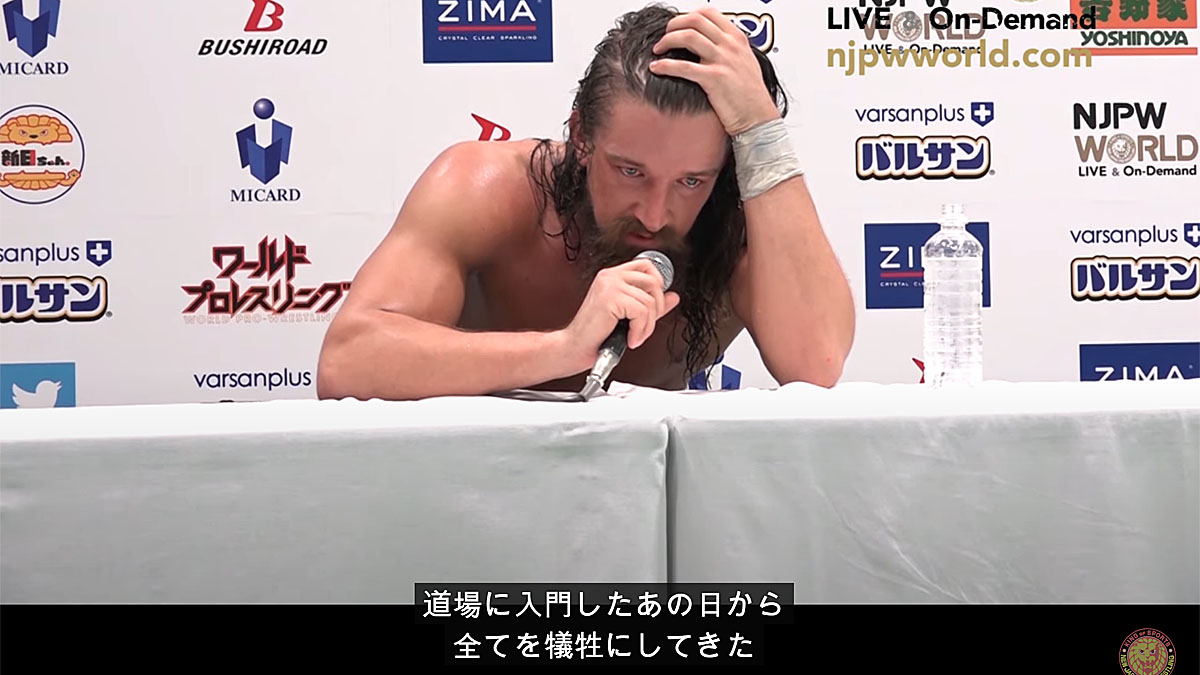 White didn’t even bother getting up. He just shoved the table out of the way and sat there on the floor.

As for the New Year Dash show tomorrow, White only had this to say.

“I will show up tomorrow if you (NJPW) want me to but after that, that’s it,” he said apparently vowing to quit the company.