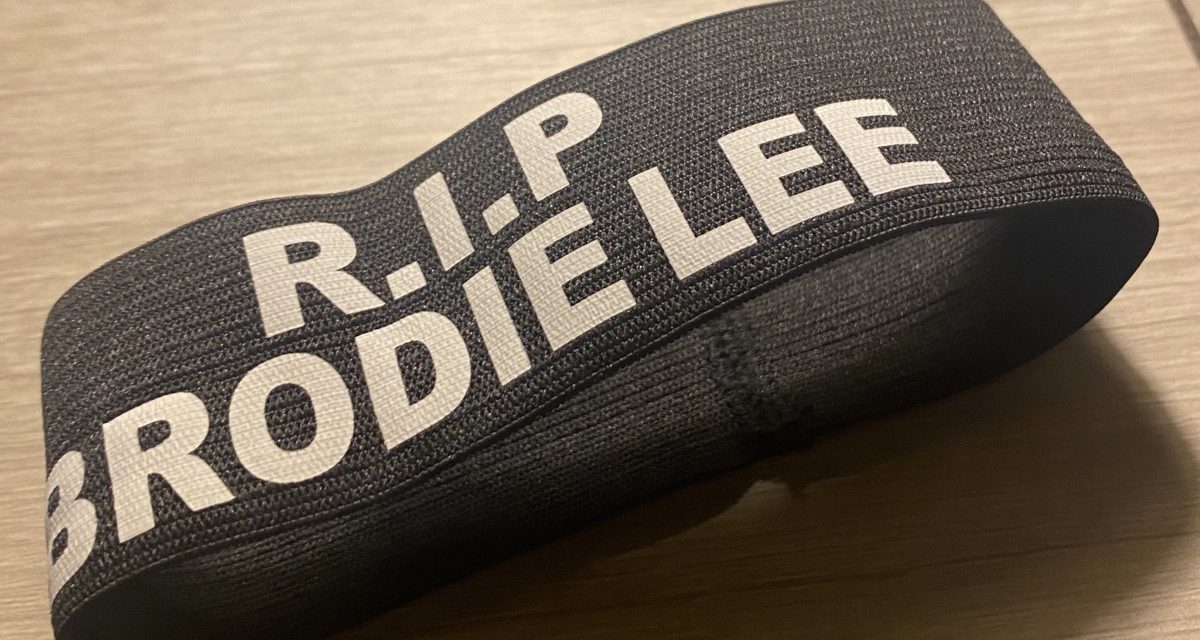 The professional wrestling business gets a bad rap at times. In some cases, deservedly so.

Wednesday was not one of those days. It showcased the family that is the pro wrestling community. AEW Dynamite’s tribute to Jon Huber (Brodie Lee) was one of the finest, most respectful and healing pro wrestling shows in the history of our great sport.

It’s been nearly a week since Huber’s passing. In that time, the outpouring of emotions from professional wrestlers from all over has been nothing short of extraordinary. It seems as if Huber touched everyone he came in contact with. That was extremely apparent Wednesday night.

Dynamite was nothing short of perfect. Yes, it hurt. I cried through most of the show. But it healed. The way Huber’s wife Amanda and sons Brodie Jr. and Nolan were treated and cared for made the show. Even in a time of raw emotion for many, you could see the love there. It was just from the wrestlers and those in attendance, either. Pro Wrestling Tees reported its Brodie Lee memorial shirt became the largest single day selling item in one day – and that was in less than two hours. The proceeds will go directly to Huber’s family.

As I was texting with one of my best friends during the show, he poignantly told me, “It’s nice to have actual faith that the company will really take care of the guy’s family and they’re not going to carny them out of merch money.”

You could see the emotion from those in Dark Order, who had worked with Huber so closely during his run with AEW. Overwhelming. The booking was so simple. Dark Order clean sweep. Duh. But it was perfect in its simplicity. Unlike most wrestling tribute shows though where everybody is a babyface there were still strong heels on this show. That just made it all the more sweeter when they were vanquished.

There were so many great moments from this show. Lance Archer wearing the Luke Harper gear. The entire match with Hangman Page, John Silver and Alex Reynolds versus the Inner Circle. MJF getting his from Brodie Jr. The return of Erick Rowan and the overwhelming outpouring of emotions from those in the ring throughout the night — it all showed you exactly how much this night meant to everyone involved.

Much credit has to go to AEW president Tony Khan. I felt pretty comfortable going in that this was going to be done the right way. It exceeded my expectations. It was true to what AEW is. It treated the situation with the gravitas and respect it deserved. And you could tell it was a home run from the reactions of those who aren’t paid by the home team, so to speak. The positive acknowledgement of the show from those inside WWE tells you all you need to know. It was a celebration of a man whose life deserved it.

The final segment of the show with Khan naming Brodie Jr as the lifetime TNT Champion was wonderful. Seeing the emotions on the face of Amanda Huber as Brodie Jr placed his dad’s boots in the center of the ring was a perfect ending. 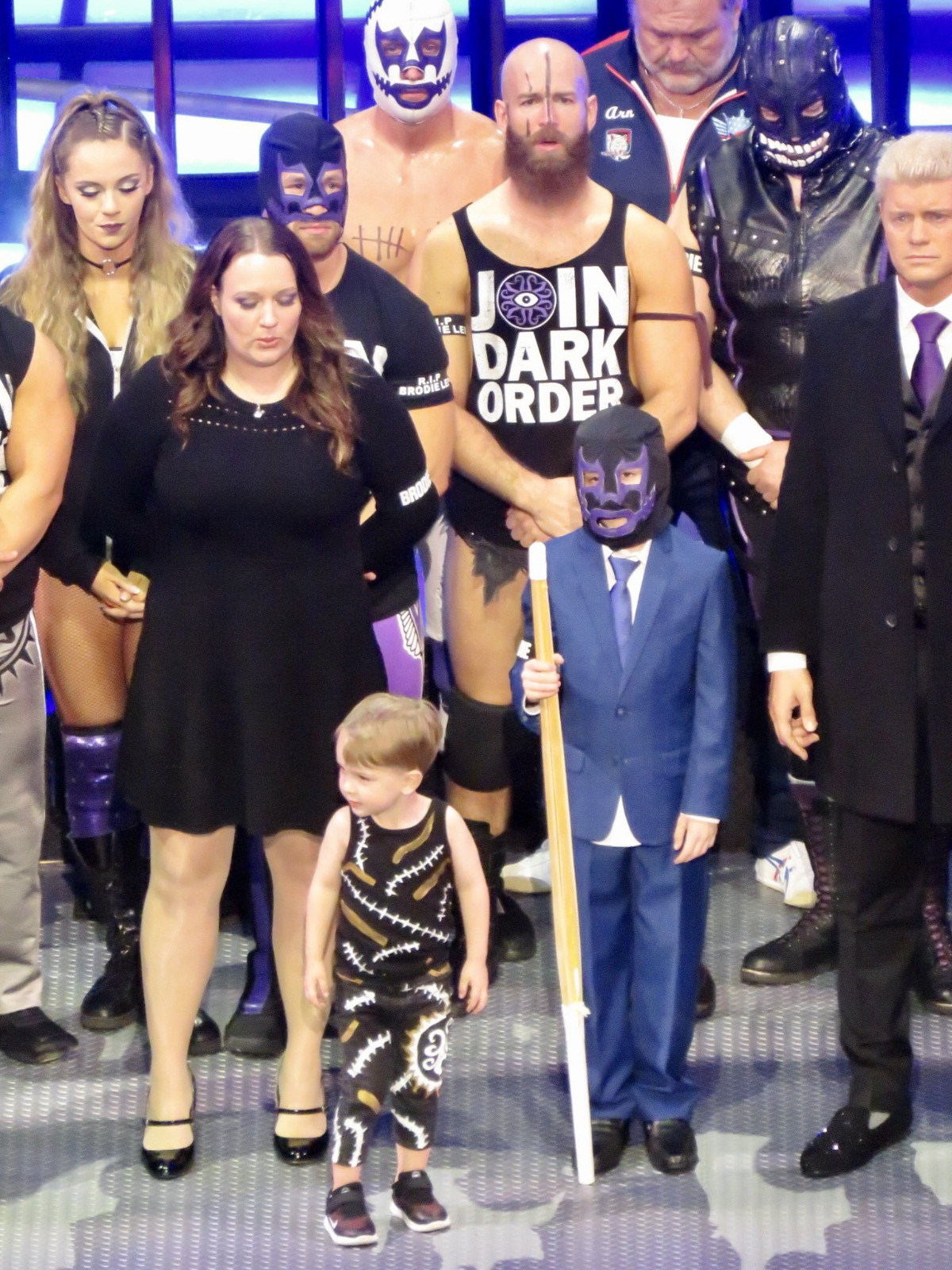 The family of Brodie Lee at the conclusion of AEW Dynamite.

This would be remiss without acknowledging Brodie Jr. The poise this young man showed at just eight years of age considering what has happened, to me, shows exactly how much love he is feeling and experiencing from those around him, not only now, but through the last two months. The kid is a superstar in the making and I hope he and his brother Nolan always have their wrestling family to turn to.

My final question: Where do we go from here? First and foremost, any notion of Dark Order being a heel group is out the window completely if it wasn’t already on its way there. While know a lot in AEW appears to be planned well in advance, this is the time to call an audible. Hangman Page as the new leader of the group, the ragtag, loveable babyfaces, is the only way to go from this point forward.

Regardless of what the future holds, thank you Brodie Lee, thank you to the Huber family and thank you to AEW for one of the most real and perfect nights in the history of professional wrestling.