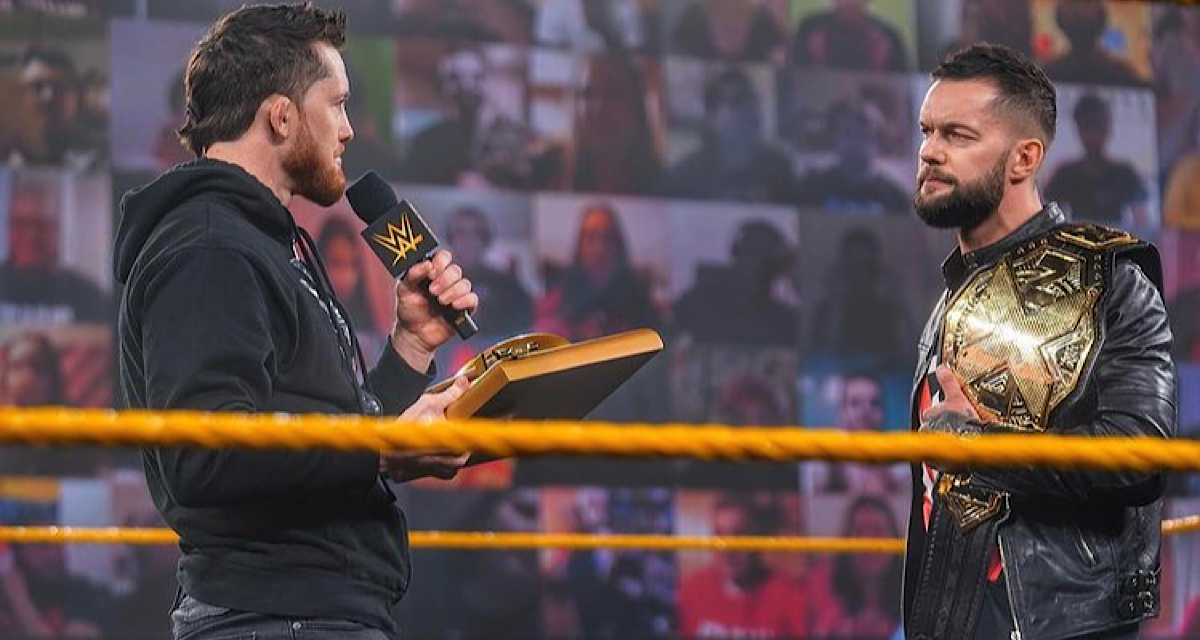 Concluding an eventful year for WWE’s yellow brand, the annual NXT Year-End Awards were distributed to the fan-voted winners. The majority of 2020 lacked the rowdy and packed audiences of both Full Sail and TakeOver arenas around the continent, but the NXT talent stuck around! Now residing in the Capitol Wrestling Center, the final 2020 episode of NXT delivered a strong precursor to next week’s big New Years Evil event, a TakeOver-worthy card kicking off the new year!

330-pound Reed rightfully takes control in the opening minutes until newly-turned heel Scott targets the knees. “The Colossal” makes his comeback after squashing his opponent and deflecting the attempted Sunset Flip. Reed shakes off a headbutt, scales the ropes and delivers the Tsunami splash for the pinfall victory. Despite the questionable amount of offense delivered by Scott, the “Thicc Boi” looked very dominant.

Breezango gets the opening advantage while commentary announces the returning Dusty Rhodes Classic tag-team tournament early next year. Before commercial, Fandango jumps off the lighting rig and onto the opposing team, clearly hurting his knee. Commentator Vic Joseph brightly asks, “Wait a minute, what’s wrong with Fandango?” GYV attacks the knee until Tyler Breeze receives the hot tag, but he eventually succumbs to the former’s Ticket To Mayhem finisher. Afterwards, Ever-Rise comes out heated, but confusingly they change their minds. Ever-Rise didn’t want the smoke apparently.

Undisputed ERA — the faces of the yellow brand — win the Tag Team Year-End Award. Well, this one was undisputable. Adam Cole declares his and Roderick Strong’s entry into the Dusty Rhodes Classic.

Xia Li and Boa’s strange storyline continues; the mysterious higher power literally shows them the light as commentary announces their return next week.

Back from the wrath of dreadful Retribution, Martinez looks to reclaim her position in NXT. She throws around her helpless victim before hitting the Air Raid Crash for three. Martinez retracted her position from one laughable faction, but the question arises; does Martinez still represent the legendary Robert Stone Brand?

Continuity and commentary reminds viewers that Strong and Dunne once teamed at NXT TakeOver — the former betraying his partner and thereafter joining the Undisputed ERA. The present matchup features some fast-paced and calculated action from two great grapplers as Dunne takes control during picture-in-picture. Strong delivers an awesome dropkick — it was legitimately beautiful — before delivering a forearm flurry for two. Multiple Backbreakers and Triangle attempts later, Dunne hits the Bitter End finisher for three.

Defeating a handful of very-deserving options, Finn Balor vs Kyle O’Reilly from NXT TakeOver: 31 is revealed as 2020 Match of the Year. Balor doesn’t want his trophy and insists on personally delivering O’Reilly’s to him.

Balor and O’Reilly meet inside the ring as the former once again rejects the trophy. He explains that his remembrance of the matchup lies within the NXT Championship, and also the screws inside his jaw. O’Reilly rebuttals with a fired-up promo before Scarlett and Karrion Kross interrupt: “Doomsday is here,” says Kross as Damian Priest appears behind him. The two giants brawl around the building, crashing through two tables.

NXT’s production crew once again proves untouchable with this video package highlighting the friendship and feud between Rhea Ripley and Raquel Gonzalez. Chills! They battle on New Years Evil in a Last Woman Standing match.

NXT’s Future Star of the Year Award is given to The Way’s Austin Theory. Anybody else winning this would’ve been a fluke. Theory accidentally mentions Johnny Gargano’s championship curse which flusters the latter; he throws Theory’s Way Protein into a mirror and breaks the glass.

Vic Joseph quickly announces the winners for Event of the Year and Rivalry of the Year: TakeOver WarGames and Adam Cole vs Pat McAfee. Io Shirai is the recipient of NXT’s Overall Competitor of the Year Award.

The challenger out-wrestles the champion who hasn’t regrouped from the previous signs of bad luck. Gargano pushes his opponent off the turnbuckle, but Ruff parkours his way around ringside. The former dives onto the distracted challenger before commercial and throws him into the steps. Ruff makes a comeback with a cool Corkscrew Cannonball, but succumbs to Gargano’s Superkick, Lawndart — and honoring the late Brodie Lee, a Spinning Lariat. The champion kicks out of Ruff’s Frog Splash and then delivers the One Final Beat to retain the title and break the championship curse.

Host Dexter Lumis presents his artwork of next week’s card on the LED walls of the Capitol Wrestling Center. See you next year, starting with NXT New Years Evil!

Very strong ending to 2020! Of course with New Years Evil to promote towards, this episode had some good, intriguing structure. Couple things worth checking out this week with Dunne-Strong and the Ripley-Gonzalez package. But all eyes should rightfully be on TNT tonight.