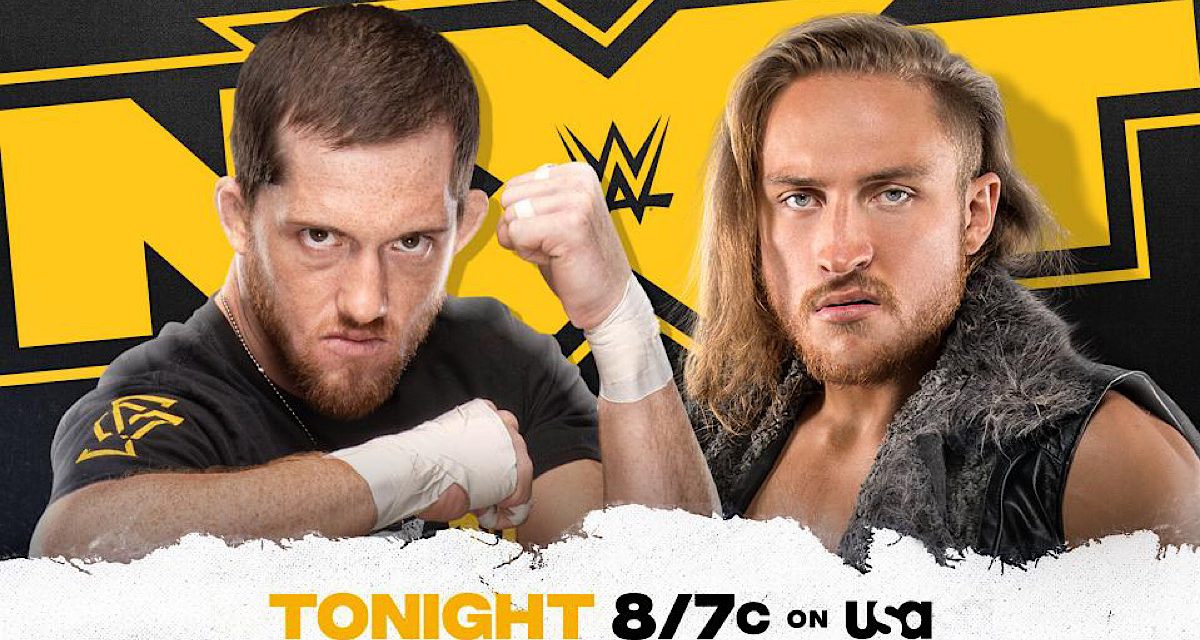 Preceding NXT TakeOver weeks ago, Kyle O’Reilly and Pete Dunne competed and brawled in a ladder-match classic with WarGames advantage at stake. Tonight they fought in another banger, this time with the solo opportunity of facing NXT Champion Finn Balor at New Years Evil for the gold. Also headlining tonight’s show was the in-ring return of former NXT Champion Karrion Kross. He, along with the members of the NXT roster, looked to make a statement heading into NXT’s upcoming special event on January 6. Some definitively made their mark, and others missed it, but the beat goes on!

The opening minutes are surprisingly even, as Ruff gets some decent offense in. Unfortunately his luck runs out; Ruff attempts an outside dive but slips atop the turnbuckle, crashing to the floor. Before commercial, Theory hits the always-impressive Rolling Dropkick keeping the advantage in The Way’s corner — awful faction name by the way. After Kushida’s eventual comeback and multiple Superkicks later, it’s Theory’s amazing finisher on Ruff that earns the three-count. Theory by far outshined the bunch with his superstar look and natural abilities inside the ring.

Dexter Lumis is sitting atop a podium, staring into the distance as he always does. He places a tablet onto an easel preparing to create his next masterpiece.

A video package hypes tonight’s main event, Toni Storm vs Rhea Ripley, which stems from the previous women’s WarGames match. Shotzi Blackheart is interviewed backstage and gloats about her team’s battle and subsequent loss — whatever floats her boat. She claims her beef with Candice LeRae is far from over.

Timothy Thatcher’s student, Rust, makes his official NXT debut against Thatcher’s rival, Ciampa. The latter prepares a chair ringside in anticipation of Thatcher’s involvement to which commentary calls “an invitation”. Just moments later, speaking of the devil, Thatcher makes his way ringside and inadvertently gets booted by Rust which somehow results in Thatcher’s ejection from the match. This feud’s been uninspiring from the beginning, but thankfully this match doesn’t follow suit. Ciampa gives his best, ejecting some fire, and Rust one-ups him with a beautiful Axe Kick and an unnamed flipping maneuver. But Ciampa gains the upper hand with the Willow’s Bell finisher.

Grizzled Young Veterans finally get a vignette to showcase their personalities and motives, a much better reintroduction than the unclear return weeks prior.

Flashing back to commercial, Malcolm Bivens greets Tyler Rust in-ring after his loss and offers his praises. Rust definitely impressed out there.

The winner of this inevitable barnburner will face NXT Champion Finn Balor at New Years Evil on January 6. The goons Oney Lorcan and Danny Burch are ringside but are attacked by Killian Dain and Drake Maverick; the Undisputed ERA and Breezango join the fray and battle towards the back leaving O’Reilly and Dunne to themselves — good. The competitors show off their jiu-jitsu chops before initiating an unending back-and-forth of strikes before commercial. Dunne takes control until his opponent makes the kicking comeback, literally and figuratively, but the Brit turns the tides once again. They trade submissions and continue the chess game, the sequence ending with O’Reilly’s Brainbuster and Fisherman. After knocking Dunne’s mouthguard out and suplexinging him onto the floor, O’Reilly hits the top-rope kneedrop for the pinfall victory. Commentary aptly says, “That was an example of in-ring brilliance.”

Rhea Ripley is interviewed backstage regarding her main-event matchup later tonight. How could it possibly level the previous matchup between Dunne and O’Reilly?

The surreal vignettes of Xia Li and Boa continue as the former is forced to pummel her partner for Master. Shoutout to them for their commitment, and also the production team for making these angles look great.

Unlike Austin Theory from earlier tonight, The Way’s Indi Hartwell fails to impress. She plays the role of Blackheart’s punching bag during the opening minutes before delivering a weak sequence of offense, then succumbing to her opponent once again. Candice LeRae provides the distraction allowing Theory to hand their self-appointed trophy in-ring for the illegal shot. However, the referee spots the blow and calls the match. Tonight’s welcome has been overstayed — go away, The Way.

A vignette for Bronson Reed signals his return to action next week.

Wrestling’s coolest entrance today has returned, looking even cooler inside the Capitol Wrestling Center’s wall of LEDs and strobe-lighting. Commentary says, “Desmond Troy has drawn the short stick.” Kross makes short work of the hapless victim with the Doomsday Saito and Kross Jacket submission. Major props to Kross for recovering from his injury at this time frame. He calls out Damian Priest and issues the challenge at New Years Evil on January 6.

Into the frame jumps Ever-Rise, Matt Martel and Chase Parker. The coked-up Canucks are becoming real players in the tag team division with character and excitement like this.

Finn Balor’s special vignette calls out Kyle O’Reilly, his opponent for New Years Evil. It’s a much anticipated rematch from their NXT TakeOver: 31 match-of-the-year bout that sidelined them both.

The competitors trade strikes and reversals with Ripley gaining the advantage until Storm rams her into the post. After commercial, Ripley gets headbutted laying both women out. Man, this bout is slow! Storm escapes the Cloverleaf and Riptide as Raquel Gonzalez makes her presence known, the latter ridiculously getting bumped over the barricade by rival Ripley. While the referee is distracted, Gonzalez attacks Ripley allowing Storm to capitalize with the Storm Zero finisher. Ripley’s aura continues to fade away, and this mundane main event didn’t help. Flat closing to NXT tonight.

While improving from the episode last week, NXT tonight had great highs flanked with too many lows. Dunne-O’Reilly was of course fantastic but couldn’t carry the show. Why wasn’t this the main event? The show’s opening half was fair, climaxing at the aforementioned match, but the rest was downhill.