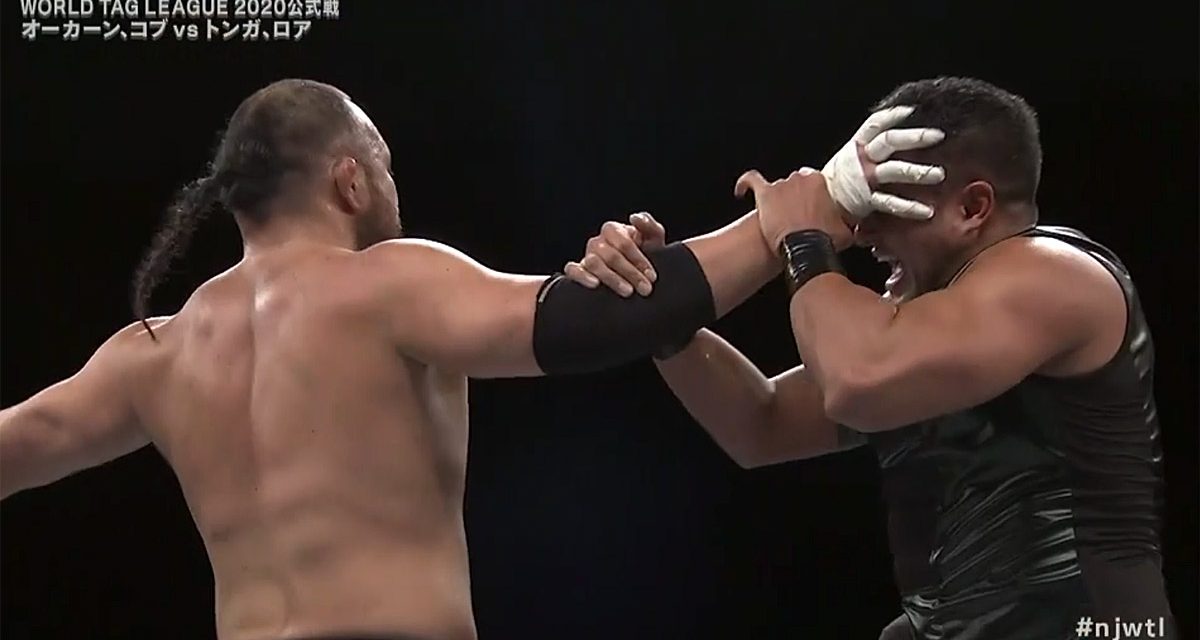 The returning Guerrillas of Destiny continued their march to the front of the pack by taking on the Empire’s Great-O-Khan and Jeff Cobb in the best bout of the evening in Beppu B-Con Plaza. Tanga Loa squared off with Jeff Cobb in a battle of the powerhouses. Loa’s drop kick gave him time to tag in Tonga. One shoulder block from Cobb had Tonga on the mat as soon as he entered the ring. Cobb and Khan worked over Tonga in their corner mauling him.

Empire kept working over Tonga with Cobb giving him one backbreaker after another then just tossing him across the ring like a small child. Loa took offense to Khan stacking up Tonga in the corner and sitting on him. He charged over forearming Khan off the top turnbuckle and onto the floor.

The fight continued on the floor where a head butt from Loa toppled Khan to the arena floor. Tonga whipped Khan into Loa who clotheslined him hard. Tonga pummeled Cobb up the entranceway. All four men continued to just thrash each other on the floor as Red Shoes laid down a count. 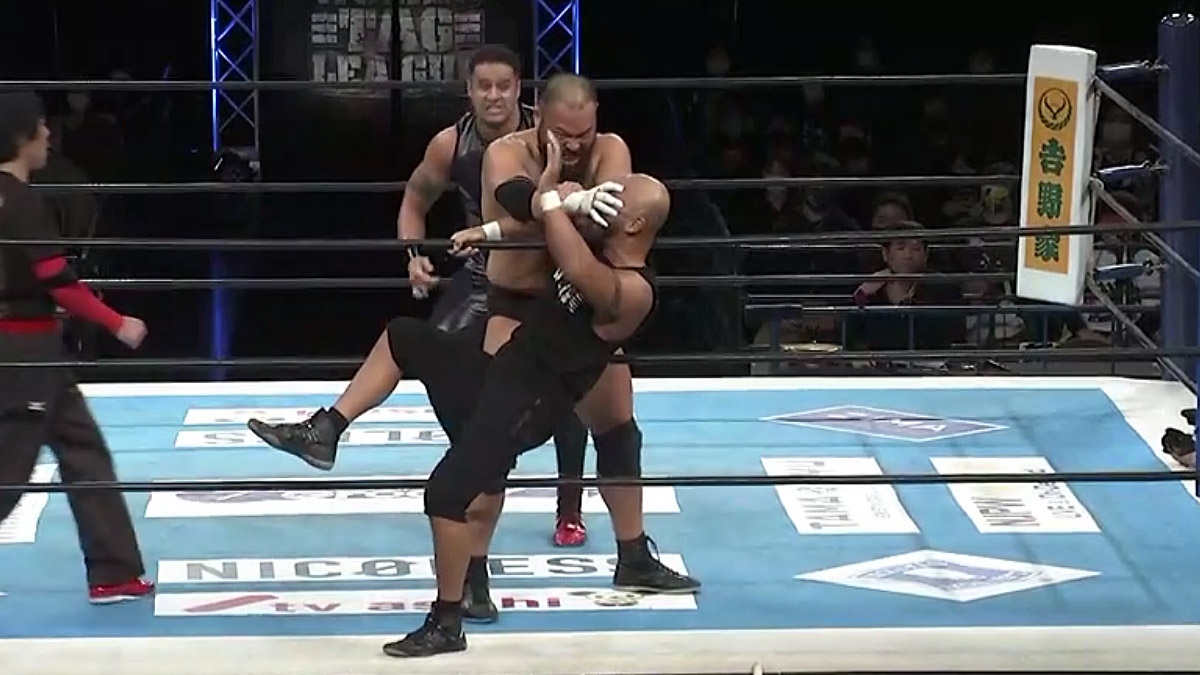 Jado leapt onto the apron as Khan had Tonga in a claw hold. Khan gave Jado the same treatment until Tonga made the save. The Guerrillas gave Khan the Tongan Twist but it wasn’t enough to keep him down for a three count.

Tonga and Khan clamped claws on each other while Red Shoes tried to keep track of the action. Jado snuck into the ring hitting Khan with his kendo stick. Tonga gave Khan a Gun Stun pinning him.

Kojima hogs all the glory with yet another Lariat win pinning Yota Tsuji. Poor Honma.

Bullet Club beats Suzuki-gun to the punch by attacking them before the bell. Owens falls victim to the Dangerous Tekkers double-team finisher.

Yujiro Takahashi is pinned by the Chaos team.

Shingo pins Henare with Made in Japan.