Los Ingobernables at the top of World Tag League 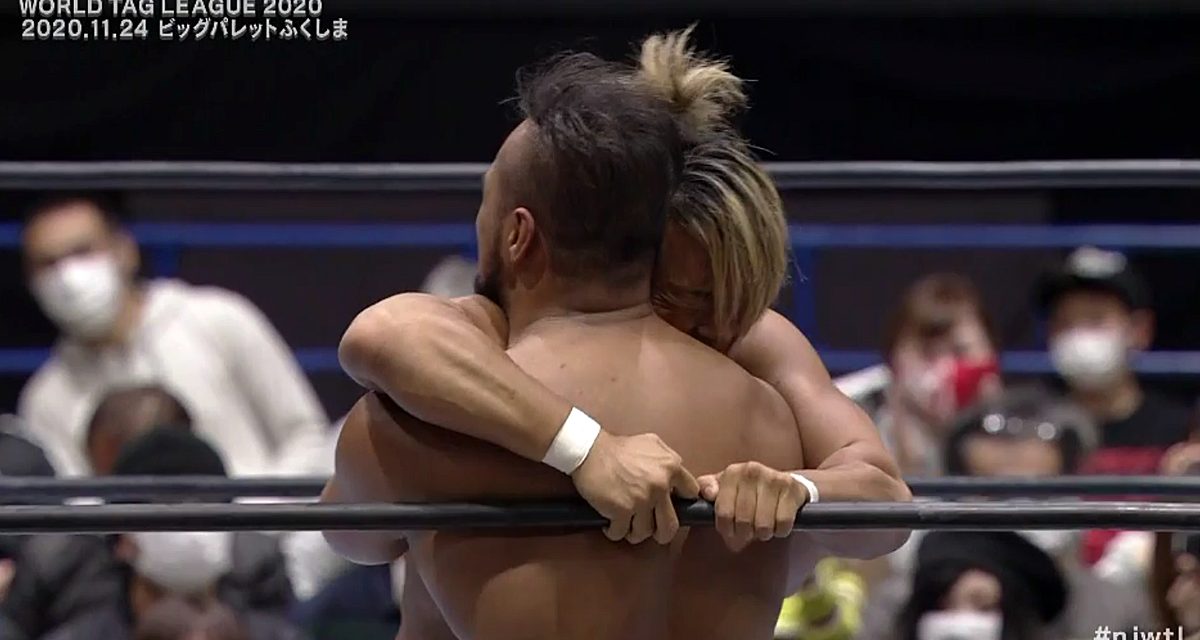 Los Ingobernables de Japon have taken command of the World Tag League tournament even if it is only by two points. The team of Shingo Takagi and Sanada defeated the Chaos team of Hirooki Goto and Yoshi-Hashi to take the lead.

While Takagi cut off Goto on the floor Sanada made Yoshi-Hashi submit to Skull End.

On Night Four, the teams of Hiroshi Tanahashi and Toa Henare and Bad Luck Fale and Chase Owens broke their losing streaks by winning their first matches of the tournament.

Another Kojima Lariat, another win.

Owens drop kicks Robinson into the barricade. If that wasn’t bad enough Fale give him the Grenade. Owens holds Finlay up so that Fale can deliver another Grenade for the win.

Henare scores a massive NJPW win and victory for his team pinning Yujiro with the Rock Bottom.

Jado distracts the official. He throws his kendo stick to Tama Tonga. Yano ducks so Tonga belts Loa with the stick instead. Yano punches Loa in the “lower abdomen” and rolls him up for the pin.