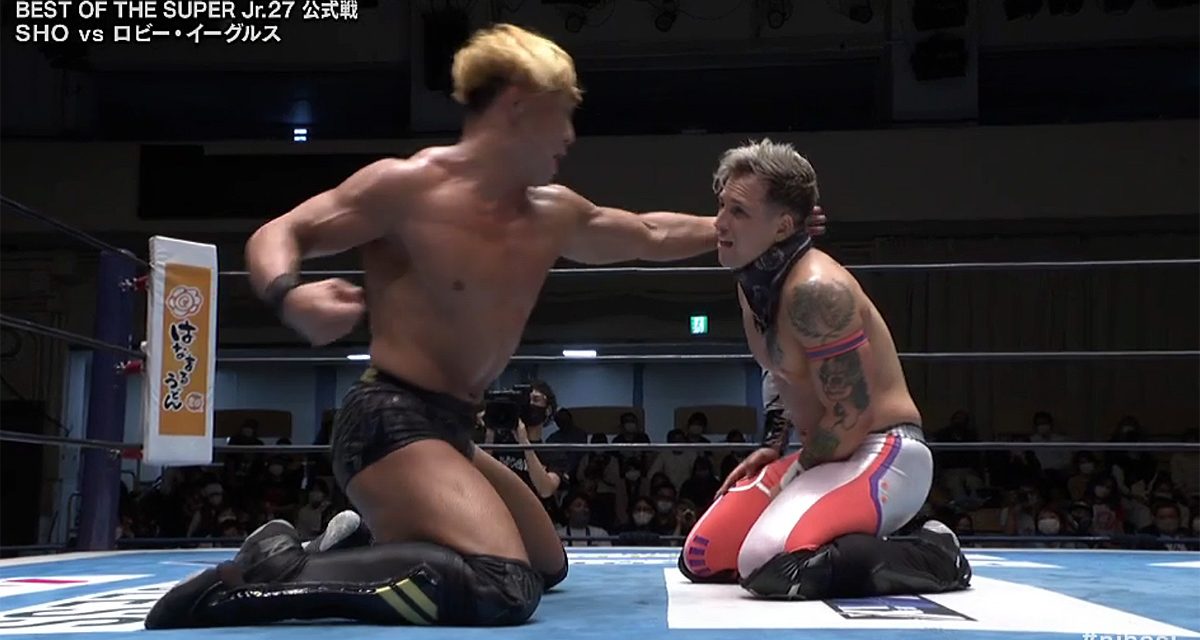 This year’s Best of the Super Juniors tournament is too close to call with seven wrestlers tied for first place with four points each. Following the action of night three, Bushi remains at just two points, Young Lion Yuya Uemura and Suzuki-gun’s Douki still haven’t scored a single point. Everyone else is in good standing with four points each.

The match of the night and one of the best of the tournament featured Sho versus Robbie Eagles who were almost both counted out at one point. Even though they started the match with a mutual fist bump both men fell to their knees trading blow after blow in the middle of the ring as the crowd clapped along with each strike. Even a running clothesline from Eagles couldn’t knock the powerhouse Sho down. A barrage of kicks to the mid-section, head and neck finally toppled Sho to his knees.

In the closing moments, Eagles set his sights on Sho’s knee hitting it with a splash from the top rope. Unable to reach the ropes Sho had no choice but to submit.

As a show of mutual respect, Sho and Eagles bowed to each other. Eagles helped Sho up to his feet. Sho raised Eagles hand in victory and Eagles did the same for Sho.

Kidd has a good showing. He even double drop kicks both legends out of their boots. The match ends as the last few have with Kojima. The Lariat secures the victory as Kojima pins Kidd.

Like Kidd in the previous match, Uemura takes it to El Desperado. Desperado wins with a really sloppy roll-up, pin. 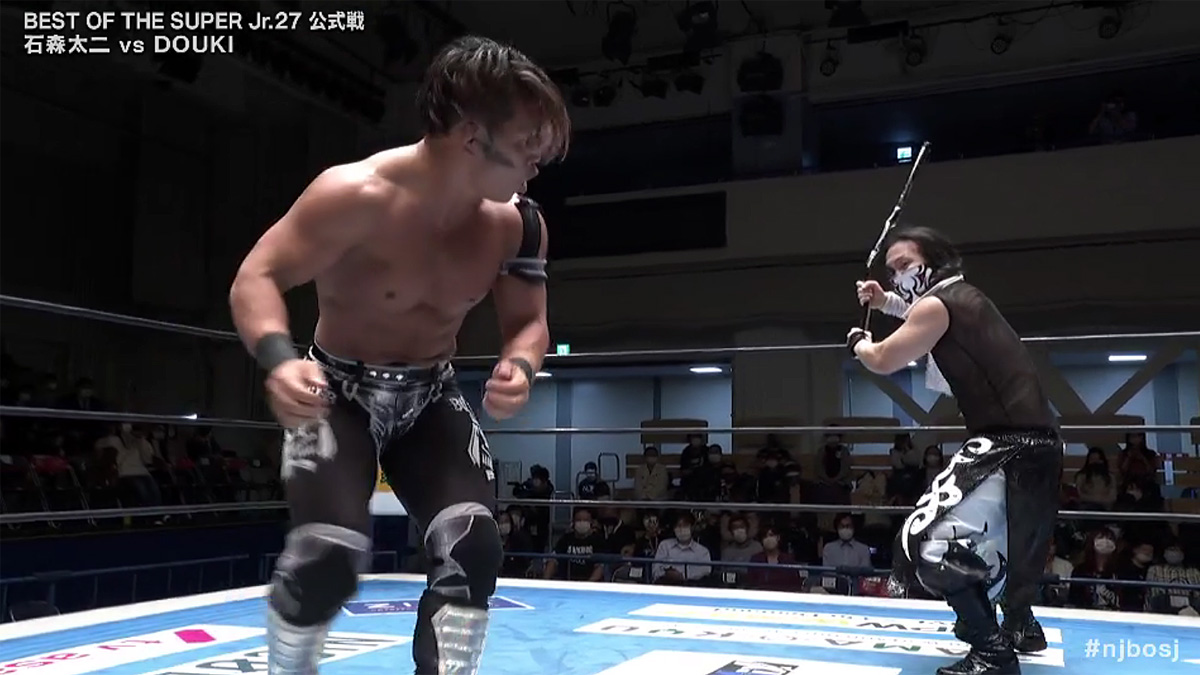 Douki prepares to bend the rules and his stick. Courtesy: NJPW.

Douki slings the Ishimori into the official. Douki hits Ishimori in the stomach with his stick. Ishimori picks up the IWGP Junior Heavyweight Championship belt. The pair swing for the fences. Douki’s stick is knocked out of his hands. Ishimori smashes Douki in the head with the belt and pins him with a Bloody Cross. Ishimori is so pissed at Douki he chokes him out with his own stick.

For the second night in a row, Taguchi ends up in a roll-up exposing his Funky Weapon. This time, he is able to reverse the pin. Once again, the official has to remind Taguchi to adjust his trunks.