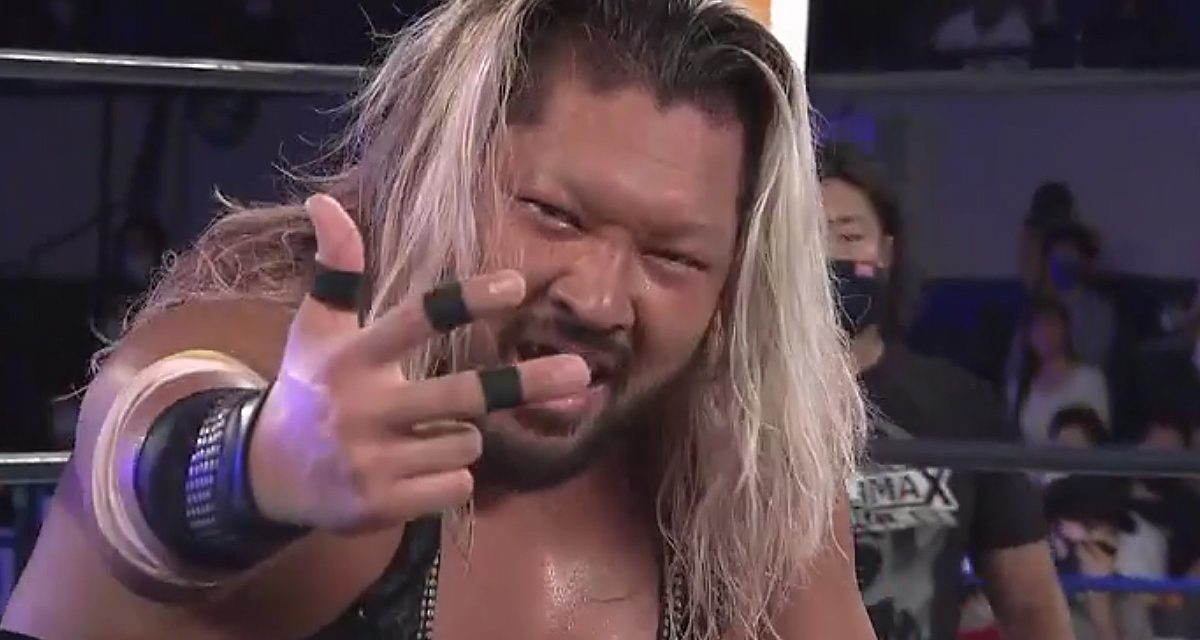 Bullet Club’s Evil has not only taken the B Block lead from but he has pinned the current IWGP Heavyweight and IWGP Intercontinental Champion, Tetsuya Naito.

Naito won both of the titles from Evil back in July at Dominion in Osaka-jo Hall.

Dick “The Spoiler” Togo played a huge part in the win as he has done throughout the G1 Climax tournament for Evil. Standing on the apron he choked Naito with his garotte from behind. Natio broke loose and knocked Togo off the apron. Evil kicked out of Destino and then reversed another into Everything Is Evil for the pin.

Toru Yano also felt the sting of defeat at the hands of Kenta who gave the sneaky style master a taste of his own medicine.

In their match, Kenta held the IWGP United States title match contract inside. Yano complained to the official. As he does, Yano grabbed a steel chair. Kent argued with the official about the chair. Yano threw the chair out of the ring. He untied a turnbuckle instead. Since neither will put down their weapon the official begins a count on them both. They eventually disarm. Kenta began rolling in and out of the ring. Yano started doing the same. They rolled in together at nineteen.

Yano goes for a roll of tape. Kenta kicks him in the gut and takes it. Yano beats Kenta to the punch spraying him in the face with his bottle of sanitizer. Kenta falls to his knees rubbing his eyes in pain as the official counts on. Just as Kenta is about to beat the count Yano throws a turnbuckle at him. Kenta barely makes it back into the ring in time.

Kenta picks up the sanitizer but the official calls him out right away. Yano rolls up Kenta for a two count. Kenta tries to spray the sanitizer into Yano’s eyes. Yano ducks only to get whipped into the corner without a buckle. Kenta empties the bottle all over Yano’s head, face. Yano kicks out of a roll-up. 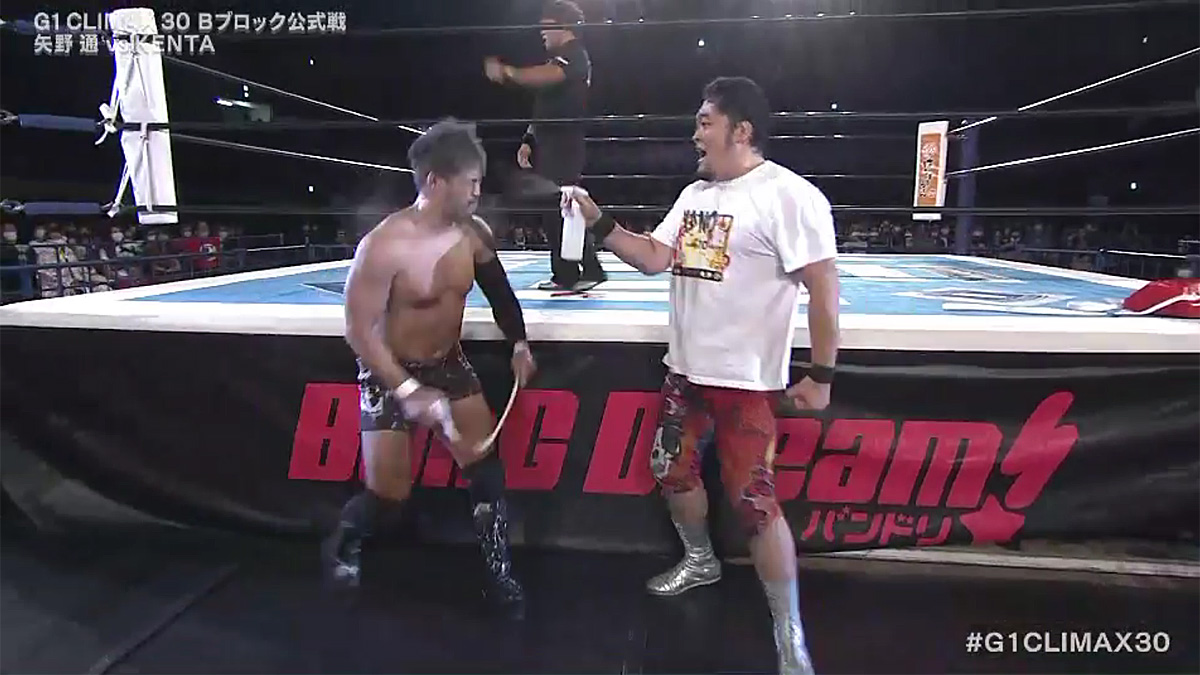 Yano makes sure that Kenta is as clean as can be. Courtesy: NJPW.

On the floor, Kenta and Yano fight over what’s left of the sanitizer. It ends up being dumped on the official. Kenta drags Yano all the way up the entranceway. Kenta takes a swing at Yano with his briefcase. Yano ducks. A tug of war begins over the briefcase. Kenta hits Yano with the case and when he does the briefcase opens and rolls of tape fall out. Kenta wallops Yano in the head with the briefcase then tapes him to the entrance way. Kenta beats the count. Yano doesn’t. As Kenta heads to the back laughing Yano is still tied up and kicks at him.

Kidd gets another impressive win. Graduate this Kidd already.

They should have billed this as the Clash of No Personalities. Zack Sabre Jr. gets another submission win with such electrifying style and excitement.

This is a hard loss for Robinson to take. Sanada puts him out with Skull End and pins him with his Moonsault press.

Goto is really making a comeback in the tournament. He beats The Ace with two GTRs.