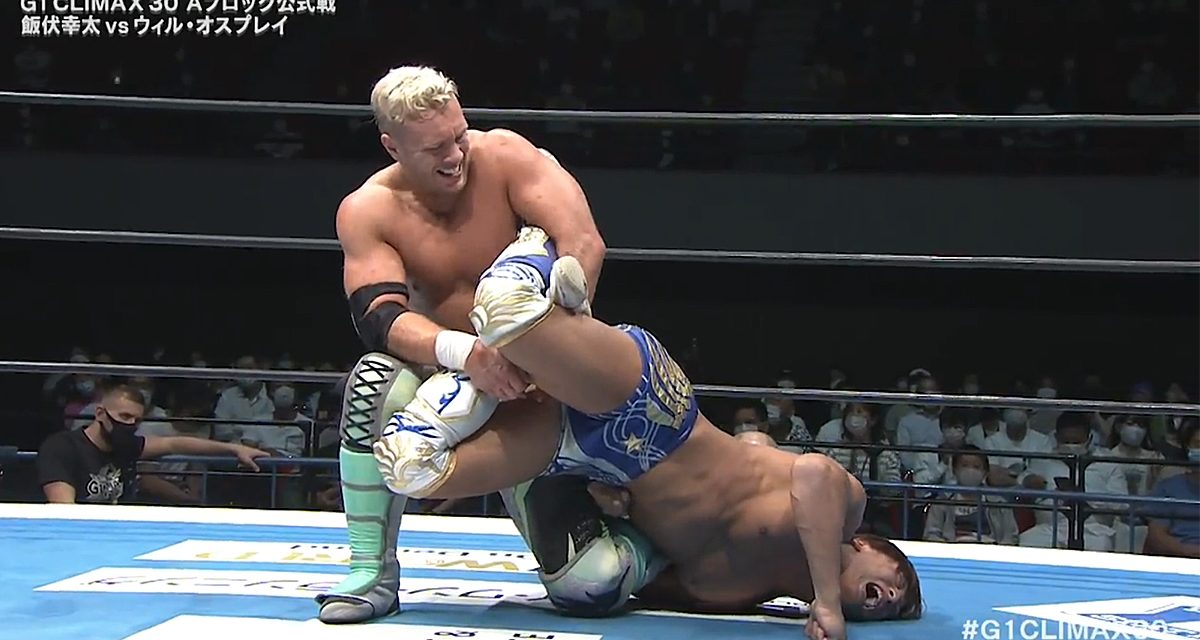 Kota Ibushi and IWGP Heavyweight and IWGP Intercontinental Champion, Tetsuya Naito are now at the top of their respective NJPW G1 Climax blocks with eight points each.

Ibushi is followed close behind by Jay White, Will Ospreay, Kazuchika Okada, Minoru Suzuki and Taichi who all have six points.

Naito has Toru Yano, Juice Robinson, Evil and Hiroshi Tanahashi who has six points as well.

In the G1, Ibushi’s only loss so far is to Jay White. Naito’s was to his stablemate Sanada.

Yujiro Takahashi of Bullet Club is the only G1 entrant without a single win.

Time runs out for these two.

The two members of Chaos face off against one another. This one is over in a flash. Yano throws Goto one of his t-shirts. Goto throws it back, clotheslines Yano in the back of the head and rolls him up for a pin. Yano is furious but none of his arguing will change the official’s decision.

Sanada nails The Most Electrifying Wrestler in the World Today with a cutter off the ropes and a moonsault for the win.

Robinson whips Evil into Dick Togo knocking him off the apron. A Juice Box only gets Robinson a two count. Togo has the official’s attention. Evil punches Robinson in the “lower abdomen” and smiles. Everything Is Evil pins Robinson. 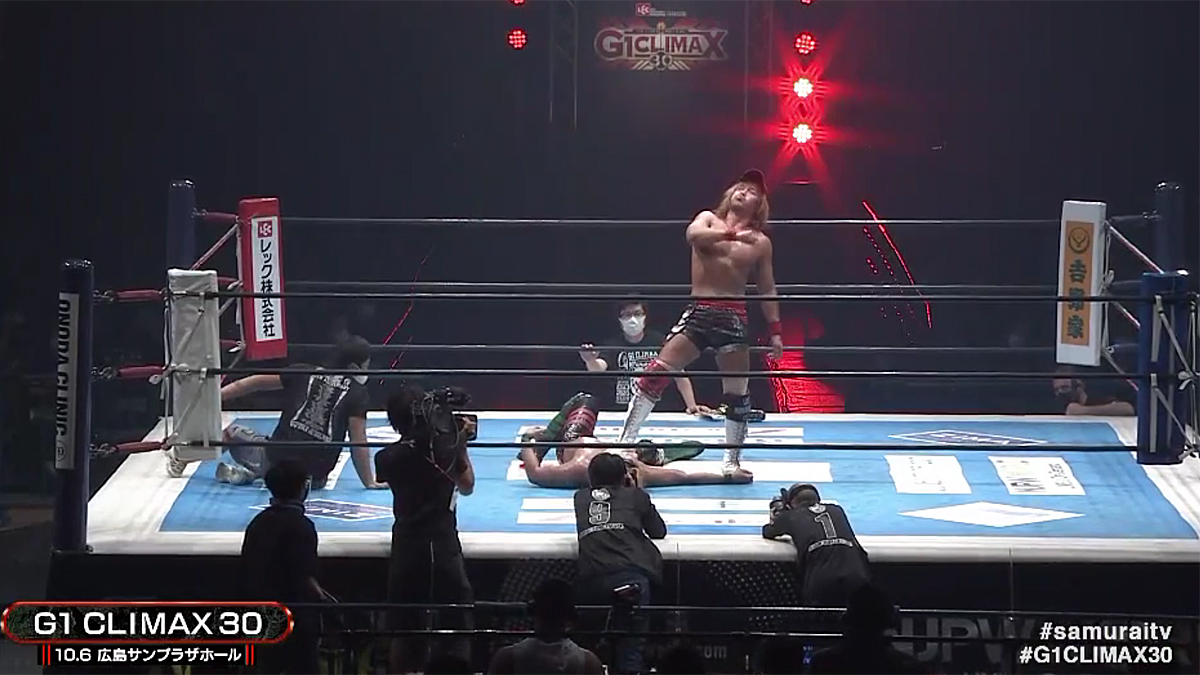 Yoshi-Hashi fights the good fight as he has been throughout the tournament. Naito is just too darn good though. Yoshi falls to Destino.

Tanahashi gets the better of Kenta with a Sling Blade, a High Fly Flow and a cloverleaf submission.

This match proves why Uemura and Kidd are truly the future of NJPW. Uemura makes Kidd tap out.

Yujiro is in an uphill battle against Shingo’s strength. He turns things around when he reverse DDTs Shingo on the ring apron. Yujiro shoves the official so he can retrieve his cane. Shingo blocks the cane breaking it in half. Shingo pins Yujiro with Last of the Dragon.

Cobb shows off his strength by dragging both Gedo and White around the ring. Gedo grabs Cobb’s leg tripping him up. White smashes Cobb’s back into the ringside barrier again and again. Gedo sneaks into the ring. White strikes from behind with a suplex. Cobb reverses a Blade Runner into Tour of the Islands. Cobb heaves Gedo onto White. A second Tour of the Islands pins White.

Okada barely survives this encounter. Worn out and beaten, he catches a quick pin to end it.

Taichi uses the bell hammer to attack Ishii until Red Shoes takes the weapon away. Ishii hands Taichi his second defeat of the tournament with a Brain Buster.

A phenomenal match by two of the greatest talents in the world. Ibushi drops down and Ospreay steps on him, rubbing his face into the mat. Ibushi doesn’t take too kindly to that. A kick sends Ospreay down to the canvass. Ospreay gets to his feet choking and coughing. A running forearm off the apron sends Ibushi into next week. Ibushi gets the win with a Kamigoye.