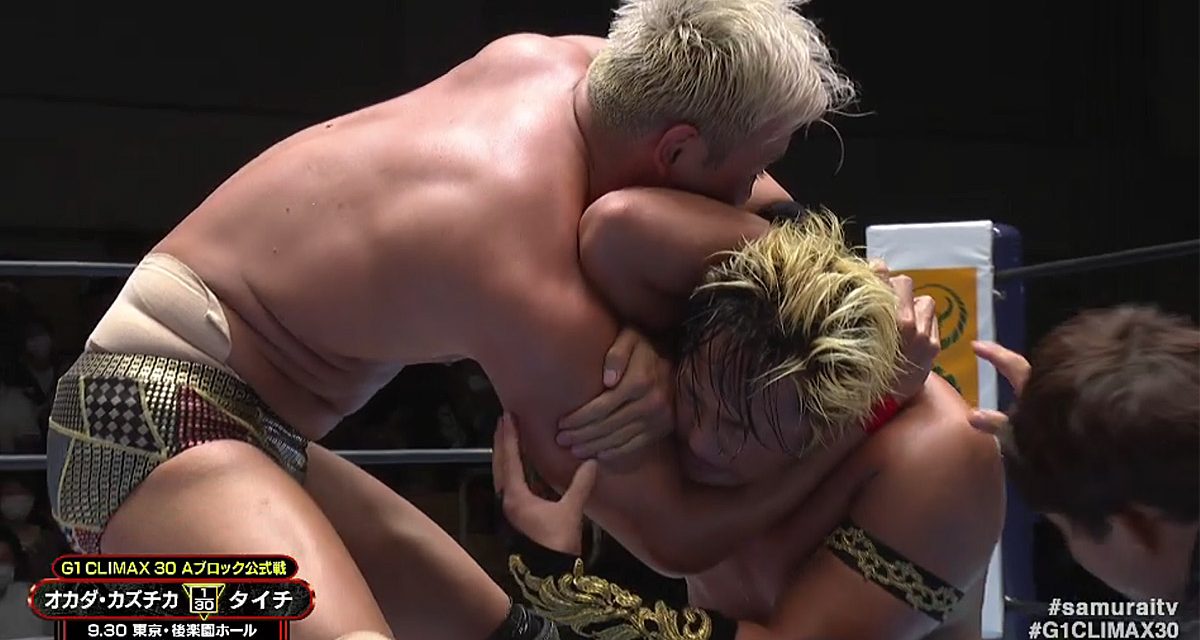 With a five-way tie for first place G1 Climax’s A Block is still very much undecided.

In the match of the night, even though it wasn’t the official main event, Will Ospreay defeated a troublesome Jay White. Gedo jumped into the ring with a pair of brass knuckles. Ospreay gave him a spinning fist in the face knocking him out. Ospreay blocked White’s attempted punch to the “lower abdomen” and finished things up with a Hidden Blade and a Stormbreaker on White. Ospreay has a few choice words for White as he laid flat on his back staring up at the arena lights. Could these two be meeting in the final of the block? There is a good chance they might. 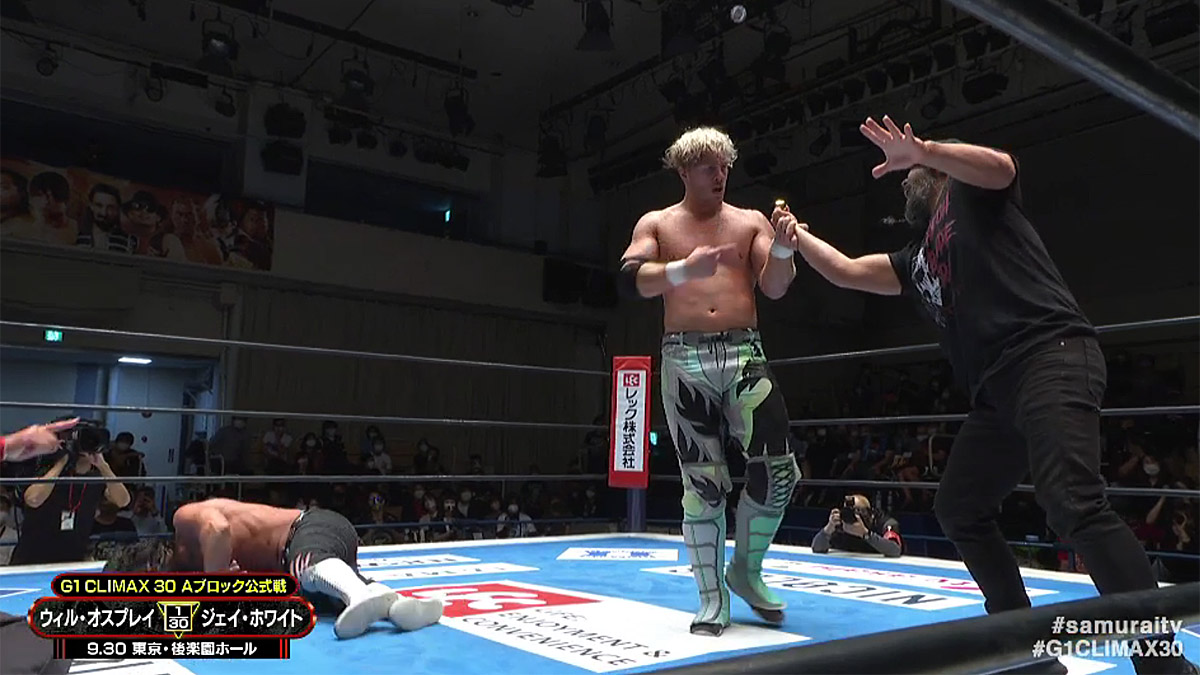 Ospreay catches Gedo up to no good. Courtesy: NJPW.

Try as he might Yujiro cannot beat Suzuki at his own game. Yujiro is pinned with the Gotch Style Piledriver.

Cobb pulls off some incredible feats of strength but Ibushi just outlasts him. He ends the contest with a Kamigoye. As Cobb lays stunned Ibushi reaches for him and shakes his hand.

Taichi immediately takes the match to the floor. On commentary, El Desperado moves to hand Taichi his chair to use on Okada. The official steps between the two men putting an end to that. Taichi just grabs another chair to beat on Okada with. Okada puts Taichi out with the Cobra Clutch.

Will Ospreay versus Jay White – A BLOCK TOURNAMENT MATCH

The most punishing match of the G1 thus far. In this war of attrition Ishii finally squeaks out a win with a clothesline that sends Takagi head over heels and his Brainbuster finisher.

A big change from the last couple of night which were decent but nothing special. Fantastic wrestling and bouts from top to bottom.