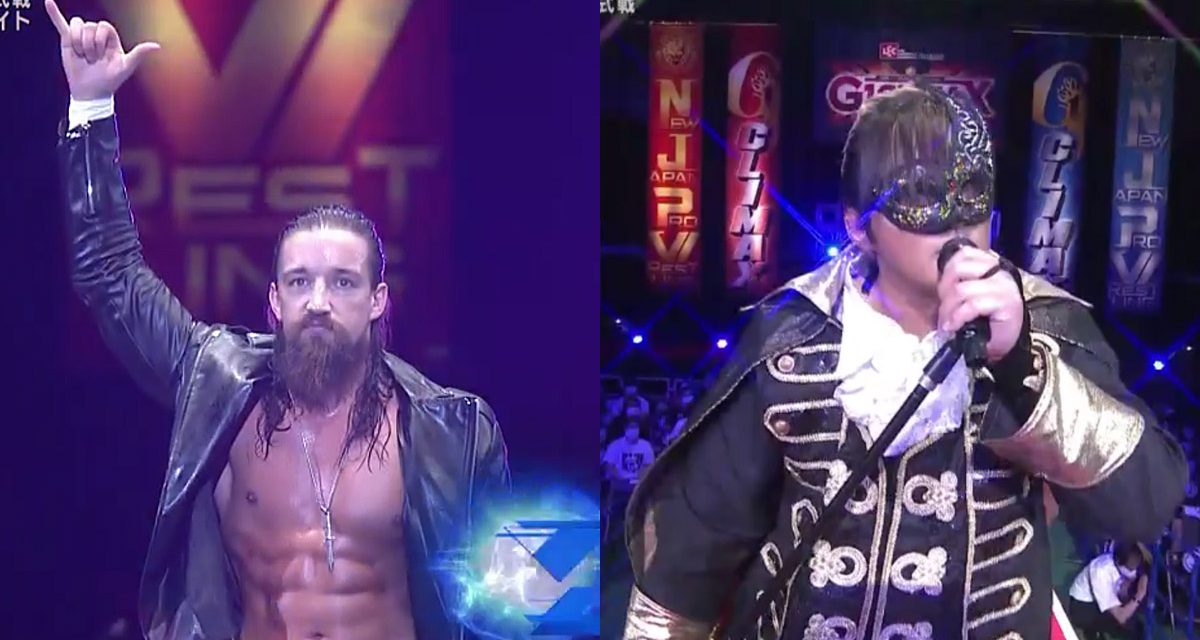 Suzuki-gun’s Taichi and Bullet Club’s Jay White have taken over A Block at NJPW’s G1 Climax 30. Both have three wins a piece and are currently undefeated. Tomohiro Ishii and Yujiro Takahashi remain at the bottom of the block with no wins at all.

Yujiro Takahashi jump started his match against Taichi by clocking him with his pimp stick. Taichi snuck out a win though by rolling up Yujiro with a Superman Pin.

Kazuchika Okada continues to have issues in handling White. His record against him is not spectacular to say the least. White seems to have his number overall and did again tonight.

White resorts to the strategy that has served him well: frustrating foes, taking advantage of openings and letting Gedo do his thing. 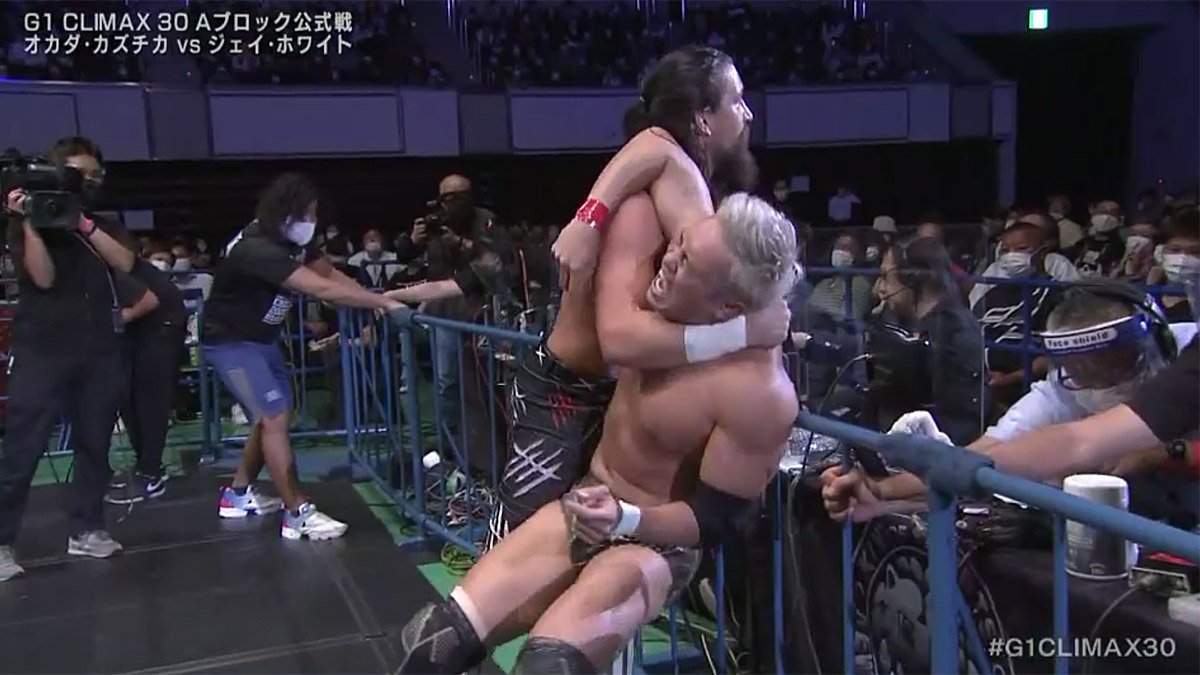 “He pulled my hair!” White declared as Gedo attacked Okada from behind. Okada fall for the bait chasing Gedo around the ring. It is White’s turn to blindside Okada.

White escapes the Cobra Clutch when Gedo distracts referee Red Shoes. White punches Okada in the “lower abdomen”. The crowd is shocked as White gets a three count with Blade Runner.

“Okada, before you go, I have to tell you something. I just want to say thank you for coming here tonight and celebrating this night with myself and Gedo. It is the two-year anniversary since we created the single most important moment in all of pro wrestling,” said White referring to the night he joined forces with Gedo amd Gedo betrayed Okada.

I could watch these two battle forever but this match mirrored their recent encounters too closely. Kidd pins Tsuji with his double underhook suplex slam. 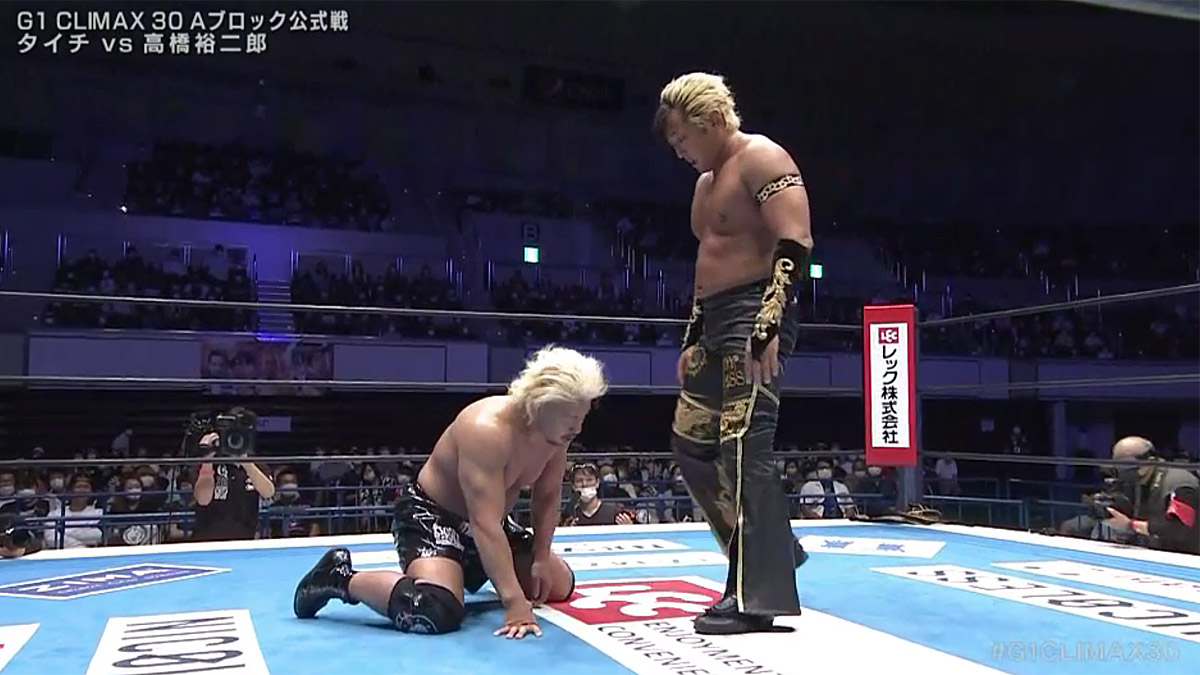 Taichi ponders how to put away The Pimp. Courtesy: NJPW.

Suzuki toughs it out pinning Cobb with a Gotch Style Piledriver. Suzuki chases some announcers away and has some fun with the crowd before he exits.

It takes a lot of punishment to put down Ishii but Ibushi does. A running knee strike and a Kamigoye does the job.

This match is the reason why Takagi and Ospreay are two of the best in-ring performers in the world today. Takagi floors Ospreay with a nasty Last of the Dragon from the second rope. Another inside the ring moments later pins him. One of the best matches of the year’s G1.

A notch  above night four despite not having a lot of standout moments.