The Thunderdome and back again – a reporter’s journey 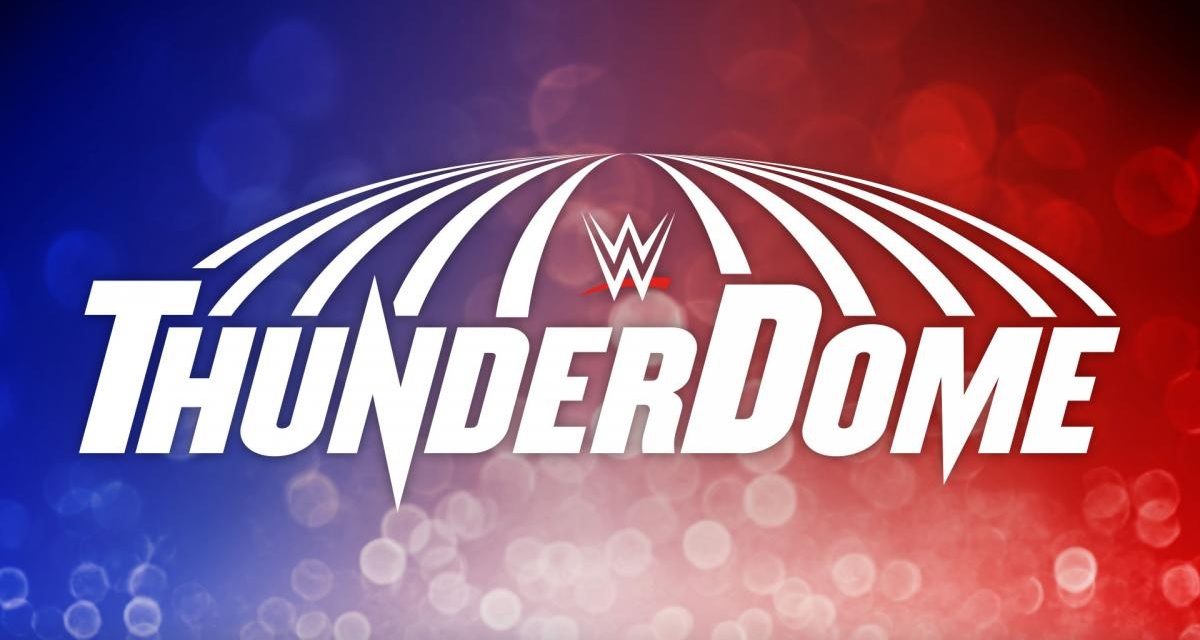 Although I’m referred to as “Bloodthirsty” Bob Kapur on this site, from now on you can call me “Mad Max.” Because, my friends, I have survived… THE THUNDERDOME!!!

Yes, on Friday night I was one of approximately 900 members of the WWE Universe that got to fill a virtual seat – and potentially see my face on a giant video screen – for the live broadcast of WWE’s Smackdown Live.

For those of you who don’t know, since WWE isn’t able to have a live audience at their shows due to the COVID-19 pandemic, they have been trying to replicate the atmosphere of a crowded arena show for its weekly RAW and Smackdown Live TV shows and its Pay-Per-View events by holding them in the Thunderdome (really, the Amway Center in Orlando). To recreate the spectacle of big shows, the building has been equipped with a giant entrance stage, and the shows are amped up with pyrotechnics and lasers. To complete the effect, facing the ring are hundreds of video screens displaying fans who are watching a live stream of the show at home on their computers and personal devices.

Unlike in the Mad Max movie you don’t have to “pick a fight” in order to get into WWE’s Thunderdome – actually, that would be easy.

For WWE’s Thunderdome, it’s a much lengthier – and more stressful process.

First, you have to register for entry. Registration opens a couple of days before each event and spots are snatched up pretty quickly. In order to maximize my chances I was on WWEThunderdome.com on Wednesday morning at 9 a.m., and for the next two hours kept hitting the refresh button every minute like I was Homer Simpson’s dipping bird.

Shortly after 11, registration was open and I submitted my information. Unlike my earlier attempts where I got the disheartening message that registration had already closed this time I was delightfully surprised to see the following:

But Vince McMahon is no Willie Wonka and simply getting the golden ticket doesn’t guarantee entry into his chocolate factory. Rather, all that did is get me on the list of possible attendees. As was noted in the confirmation e-mail I received later that morning I would only find out on Friday if I was offered a seat. And even if I was I still would have to reply to that e-mail quickly and confirm my spot since there are only a limited number of seats and they are filled up on a first-come, first-served basis.

And then, like Prometheus’ fire, on Friday at 2 p.m., the e-mail gods dropped this gift in my lap: 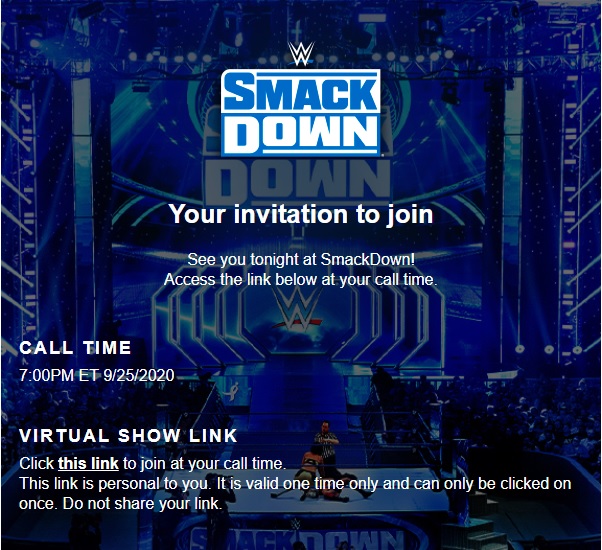 In your face, Sadie Hawkins!

After dutifully reading the Thunderdome FAQ, testing my system and ensuring my lighting and background met their parameters (fairly routine) and picking out an official WWE t-shirt (I forsook my customary tie-dye on this night, figuring I may have a better shot at being put front and centre on TV if I whored myself and wore some official merch) made sure my face was properly-centred in the on-screen box, clicked the link at 6:59 p.m. to start the night.

At about 7:15 p.m., WWE announcer Greg Hamilton appeared on-screen. He welcomed us to the show and read us the rules for participating in the Thunderdome – no nudity (sorry, ladies, I complied with that one), no obscene gestures, no smoking/vaping, and no moving your camera or walking around with the camera on.

He also asked us to enthusiastically use our hands and arms as much as possible to demonstrate our support – or dislike – of the superstars and that to keep our energy levels up. He noted that there were a number of people on stand-by, so if you broke a rule or presumably were not enthusiastic enough – we could be removed from the Thunderdome at any time. 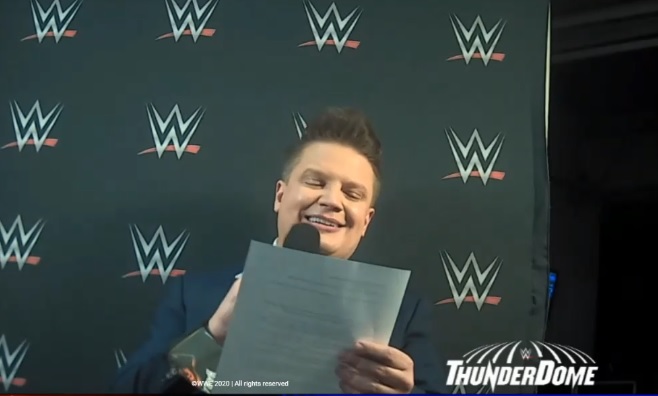 That’s right… “Removed from the Thunderdome at any time.”

And I vowed right then and there that there was no way that was going to happen to me. I’ve felt the bitter sting of rejection, of being uninvited to the cool kids’ parties. Of being the outsider (and not the cool Outsiders, Scott Hall and Kevin Nash). No, I was going to do whatever was necessary to make sure I remained in the Thunderdome until the very end. Until they had to call security to kick me out. I was going the distance, come hell or high water.

To add to the pressure, there was a director who throughout the night prompted everyone in the Thunderdome to react big. His disembodied voice would pop in every couple of minutes to encourage us to keep up the energy levels, to cheer and boo loudly, to give giant movements, whether applauding, giving someone the thumbs up or thumbs down or even to dance (“Give us some Nakamura dance moves!” during his entrance). He’d tell us when the Thunderdome was going to be prominently displayed – the feed we saw was on a slight delay, so we had to take his cues to know when we would be on-screen for at-home viewers. “Keep it up, guys! You’re doing great. Ten more seconds… show us how you feel about Alexa Bliss!”

And because I wanted to be on TV, I did it. I was his trained seal. I cheered, I booed, I flailed my arms around like one of the inflatable Bayley Buddies. Basically, I was so over the top, I was like a five-year old on stage at a kindergarten Christmas pageant trying to wave to my parents who were sitting in the back row of the audience. But it was my first time in the Thunderdome, and I was going to make the most of it and get myself on TV. 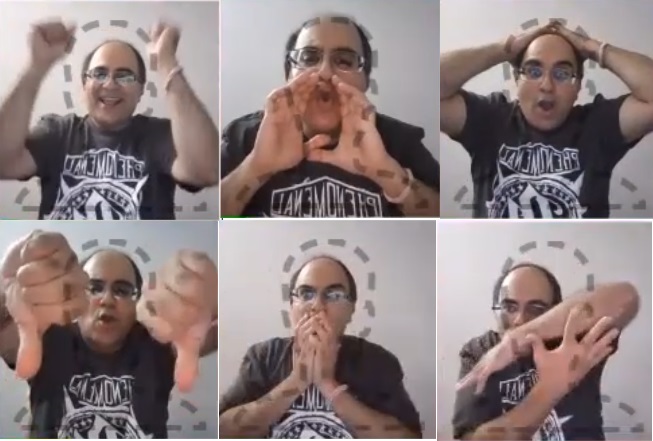 After the show was over and the Thunderdome feed came to an end I watched the episode on my PVR. I scrutinized that footage like it was the Zapruder film but I was nowhere to be seen. As the seats are filled randomly, I assume mine was way in the back or right at the top and never got shown other than in the wide shots of the full arena.

Basically, my attempts to get on TV failed harder than the whole Invasion storyline.

So… will I try it again?

Honestly, I don’t think so.

Don’t get me wrong, it was neat to be a part of the Thunderdome for one night. I appreciate the concept and give kudos to WWE for what its done with it. In these strange times, people want an escape from real life, even if only for a couple of hours, and the presence of fans “in the building” helps bring some semblance of normalcy to that.

But part of my own normalcy when I’m watching wrestling is to just sit back, turn my brain off and simply relax. In the Thunderdome, I felt too much pressure to be “on” – to be part of the show. And as much as I appreciate the people who want to be in the audience and be demonstrative with their reactions, that’s just not my thing.

So, like Mad Max, I entered the Thunderdome and I left it. And, for me, I think I’ve left it for good.