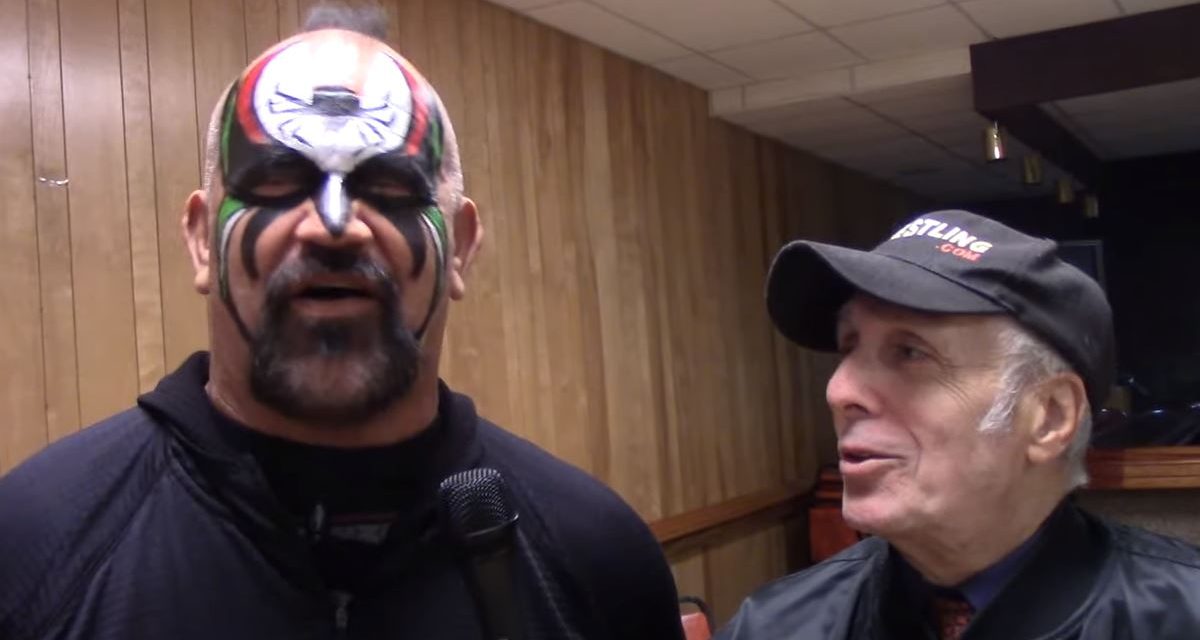 Bill Apter has a story about everyone in the business, so it’s no surprise that he is able to bring up some tales of Road Warrior Animal — Joe Laurinaitas — who died late on September 22, 2020.

The Road Warriors, Animal and Hawk (Mike Hegstrand), were regulars in the family of wrestling magazines that Apter worked for in the 1970s and into the 1990s.

Apter said that they all first met around 1983, just as the Road Warriors were starting out, as an idea from Ole Anderson and Bill Watts, based upon The Road Warrior movie from 1981, the second movie with Mel Gibson in a post-apocalyptic world as Mad Max.

“I knew Joe and Mike when they first appeared with biker gimmicks at Georgia Championship Wrestling,” recalled Apter.

From there, the relationship grew.

“They did many TV interviews on GCW and World Championship Wrestling on behalf of the magazines I worked for, and they always cooperated with any requests for photo sessions or interviews,” he said.

In the book, The Pro Wrestling Hall of Fame: The Tag Teams (by this author and Steve Johnson), the Road Warriors were ranked #2 all-time, behind the Fabulous Kangaroos. The Roadies manager, Paul Ellering shared his thoughts on the importance of the newsstand magazines, and Apter chipped in too:

The Road Warriors were superstars in the wrestling magazines too, battling Hulk Hogan and the Von Erichs for covers. “The guys liked that too. That was in their blood. They would feed off that. And that’s good, you have to do that to get your name out there, get your picture out there,” said Ellering. “We’d go to the studio setups, and take pictures, do whatever it took. That was never a problem.” Bill Apter was with the Pro Wrestling Illustrated family of magazines during the Roadies’ heyday. “Our editorial department would usually come up with an idea, pitch it to them, and then get the input of all three of them,” Apter said. “They were all totally into the promotion of their team unit. Not one of them were ever looking to publicize themselves as individuals. Their bond was incredible.”

But it was personal too, said Apter, as they all got to know each other through the years.

Later in the day, Apter posted this photo from his personal collection: 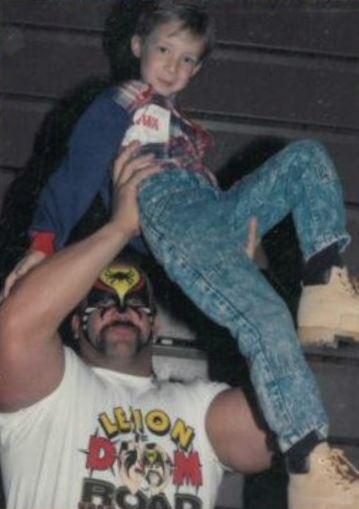 “My son Brandon Apter gets a lift from Road Warrior Animal when Brandon was growing up around the wrestling biz. Great memories!”

Looks can be deceiving, Apter said.

“Joe was an Animal in the ring but a pussycat in ‘real’ life. He had a good heart and I saw him as a wonderful family man.”

The plethora of fan fests over the last decade often brought Laurinaitas to the northeast, where Apter is based. “I will miss seeing him at all the conventions when that genre returns,” said Apter. “I knew him so well — a good friend. Ooh, what a rush!”

Apter shared the final interview he did with Road Warrior Animal online: