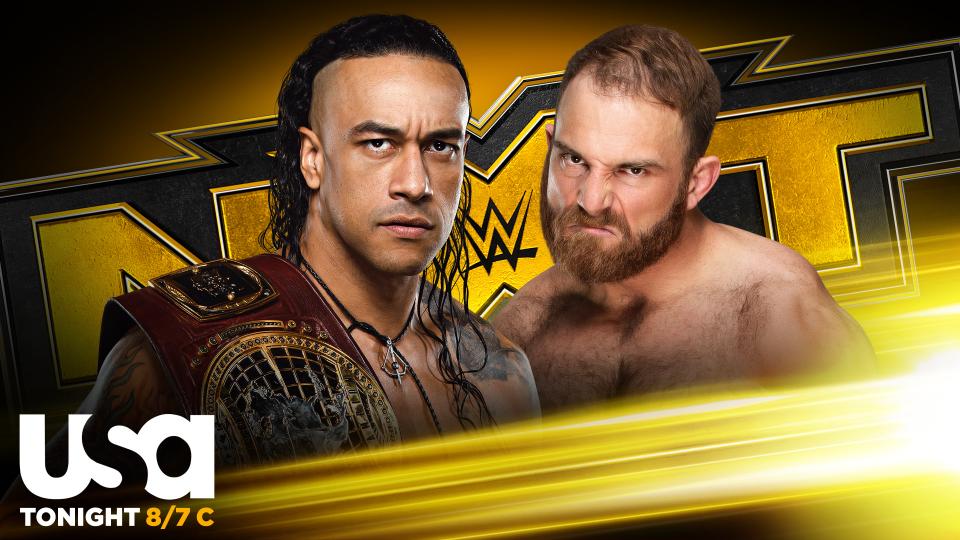 Following multiple weeks of showtime shuffling, the Wednesday Night Wars are back in action — for now, at least. NXT is entering another new era, as “The Prince” Finn Balor won the NXT Championship last week joining Damian Priest and Breezango as the yellow brand’s newest title holders. The promotion has the tools and groundwork to create amazing weekly television, but overall it isn’t exhilarating. This edition of NXT was only the precursor to an important show next week. However, through the inevitable low points of each show, a couple great matches serve as redeeming highlights. The two championship matches on this card mark the checkbox. The North American Championship match pitted two future superstars against each other in a dark-horse, solid main event.

The champion Shirai refuses a handshake, and the competitors commence in quick back-and-forth action. Shirai lands an outside moonsault before commercial, but her opponent gains control when the broadcast returns. After trading some strikes, Shirai applies the Crossface; Blackheart escapes. The latter delivers a German and follows with another submission. Shirai then makes a comeback — Tiger Feint Kick, Missile Dropkick — but Blackheart halts her with an Avalanche Hurricanrana. On the apron, Shirai hits a beautiful German before landing, but sorta missing the top-rope Moonsault for the victory. Good opener, albeit not everyone’s cup of tea.

The former Denzel Dejournette makes his re-debut as Desmond Troy, a recently trademarked and speculated name by WWE. Troy’s collegiate background is suppressed by Ciampa’s tactics, although the former gets a nice dropkick in. Ciampa rams his opponent’s face into the turnbuckle and delivers the WIllow’s Bell for the quick three-count.

As Ciampa attempts a chair attack, Jake Atlas comes out speaking. Atlas wants revenge for getting injured at the hands of Ciampa weeks ago. They’ll have their one-on-one next week.

Entering Full Sail, an optimistic Drake Maverick is interviewed about his tag-team match, teaming with Killian Dain against the Undisputed ERA.

The new NXT Champion Finn Balor conducts his own sit-down interview-vignette. He reiterates his importance to the growth of NXT and tells the roster to form a queue. Who will step up to The Prince?

Austin Theory enters the ring, saying that last week’s loss to Bronson Reed was a fluke. But out comes an aggressive Kushida without even making an entrance, taking out Theory. The young upstart takes control but misses a Moonsault letting Kushida make a comeback. Theory misses an outside forearm and inadvertently rams himself into the post. Kushida targets the arms and stomps away at Theory before applying the Hoverboard armlock for the submission victory. Theory loses his second match back; can’t imagine what this is punishment for.

Candice LeRae takes a selfie-promo inside The Gargano House. Johnny Gargano is still upset about his broken TV that Tegan Nox broke. That’s about it… Gargano wants a new TV.

The brand-new tag champs make their first-ever entrance with WWE gold around their waists. They’ve completely engulfed themselves into their Fashion Police schtick with new entrance music that begins with blaring sirens. The challengers immediately jumpstart the match looking to defund the fun. Imperium works down Fandango, cutting the ring in half. They deliver double dropkicks into the post before commercial. Tyler Breeze finally receives the hot-tag, and Full Sail goes off. Imperium’s Fabian Aichner continually shows off his super strength, and they take the action outside. Fandango foils their plans with Superkicks, misses a top-rope leg drop, and kicks out of a German. The match breaks loose, and Breeze rolls up Aichner to finish their hectic but exciting title bout.

A hype package reveals that NXT UK will return to the WWE Network on Thursday.

Obviously the house show loops aren’t running in Florida, so NXT decided to put this match on national television instead. This exhibition match is face against face; not to sound corny, but there’s no heat here. The four women show off their athletic prowess, and Catenzaro performs a unique rollup on Li for the pinfall victory. The winners offer a fistbump, but Li walks off. Funny, Kamea is about one foot taller than the others. That tidbit and visual was a little more compelling than this match.

Tegan Nox cuts an at-home promo. She just wanted her friend Candice LeRae back. But now, her goal’s to win next week’s battle royale and become #1 Contender.

Maverick excitedly makes his entrance and points to signal the arrival of Dain. His partner doesn’t show up, and Maverick visibly crumbles inside; Maverick’s heartfelt performances make you believe! The numbers surround the Englishman who already suffers a distinct size disadvantage. As commentary said, the ‘ERA are having a field day. Cameras cut to Dain backstage, laughing at Maverick’s pain as Strong delivers a backbreaker before break. Back from commercial, General Manager William Regal forces Dain to enter the match. He does, but only to push Maverick back inside before waltzing off. The ‘ERA can’t keep their big mouths shut, and Dain runs through the opposition until Fish introduces a chair. By disqualification, Maverick and Dain record the victory. They’re a well-oiled machine until Dain once again takes out Maverick.

Jake Atlas is interviewed about his interference with Tomasso Ciampa. Speaking of the devil, “Psycho Killer” attacks Atlas from behind. Coming to the victim’s aid is the Undisputed ERA’s Kyle O’Reilly. He wasn’t present during the night’s ‘ERA match and hasn’t participated in their beatdowns. The Undisputed ‘ERA split is going to slap!

Commentary aptly says, “(Priest) just oozes superstardom, and that North American Championship around his waist just looks right.” The competitors lock up, and Priest gains the upper hand. Thatcher uppercuts the champion outside, throws him into the steps, and delivers a suplex before picture-in-picture. The challenger keeps the pressure going until they begin to trade blows; their expressions throughout this are really great. Priest connects with a stiff-looking forearm that pops Full Sail, followed by a corner splash and Falcon Arrow. The champion misses a springboard senton, and Thatcher takes advantage by attempting an armbar. The competitors give and receive nasty strikes until Thatcher cinches a single-leg Boston and armbar; Priest reaches the ropes. The champion hits a Flatliner, top-rope spinning heel kick, and The Reckoning for the pinfall victory.

Again, an average show that turns around with that one great match. Tonight it was Priest vs Thatcher; these guys are the future! As for the rest, I could really do without all these filler matches and segments.