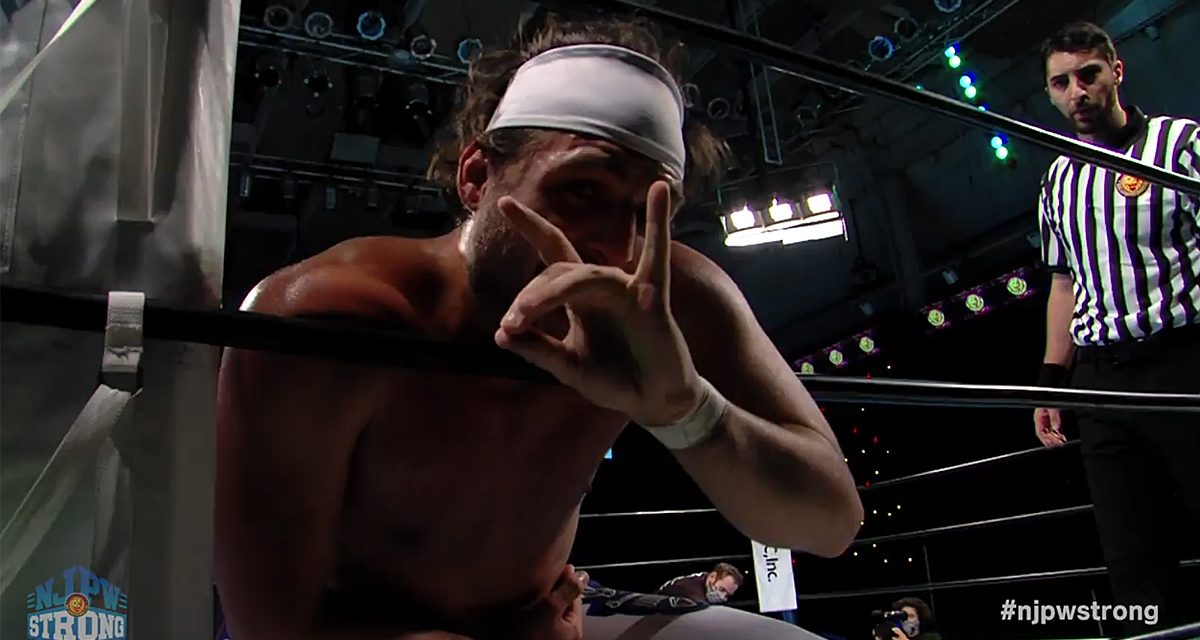 Sometimes it is the smarter wrestler not the best wrestler who wins a match.

That was the case with this week’s NJPW Strong main event that punctuated a very weak episode.

Owens and Black are accomplished wrestlers in their own right but this bout was just awkward and ugly from the very start.

PJ enters the ring and gets right into Owens face before the bell has even rung. When the bell does sound Owens remains crouched in his corner as Black springs forward.

Black waves Owens into the middle of the ring. Owens brushes him off.

Rolled up into a pretzel Owens retreated through the ropes to take a breather while Black just shook his head.

Black arm dragged Owens around the ring forcing The Crown Jewel to seek the refuse of a corner once again.

A sucker punch opened the door for Owens to assume control stomping Black in another corner. Black heads up to the top rope. Owens rolls out of the ring and throwing his hands up in the air starts walking to the entrance way. The official begins the count.

“Come on! We have twenty minutes,” grumbles Black from the ring holding the ropes open for Owens to return. Owens gets in the ring only to immediately roll outside again.

Back in the ring, Owens shoulder tackles Black to the mat. Owens shoves Black into the official who although he barely was grazed falls down like he was gored by a bull. Owens throws Black over the top rope.

The most discouraging episode to date. The opening and closing matches were mediocre and seemed unpolished while the tag match was okay and nothing more.