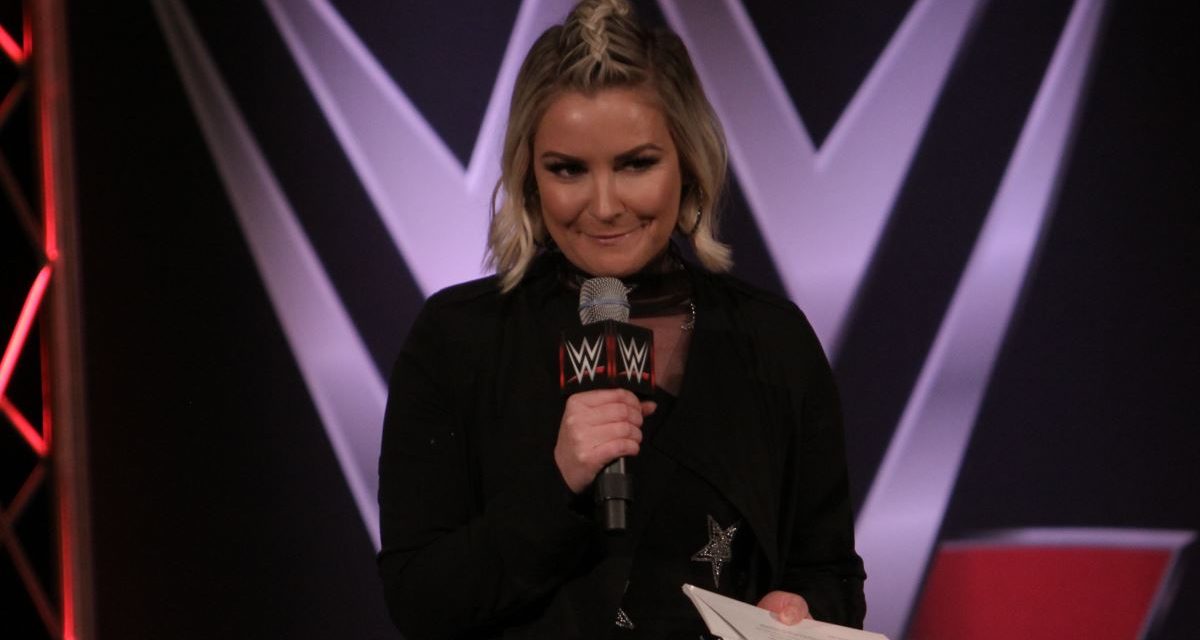 The big story circulating on Wednesday morning, broken by PWInsider.com, is that Renee Young is apparently leaving World Wrestling Entertainment, and gave her notice last week.

Levesque was asked to address the news that Young was leaving. He declined, saying that it would be up to Young — real name Renee Paquette — to reveal any news.

“I’ll let Renee deal with that on her terms,” he said.

He praised her contributions, in past-tense.

“But as far as her as a person as a part of WWE, it’s been awesome,” said Levesque. “She has been a large part of this. I personally enjoyed working with her tremendously and it’s been awesome to see her do and attack different things within the company and try different roles and she’s done an amazing job with all of them. So, you know, I’ll let her handle the rest of it but as far as her contributions, they’ve been awesome.”

She rose to prominence on The Score in Canada, and wrestling-wise, she was a part of Aftermath with former WWE referee Jim Korderas and Arda Ocal.

On Twitter, Korderas posted that “If she is leaving, her best role would be hosting a post show, preshow, all shows. Not commentary even though she is good at that. Use her talents elsewhere to help expand the product.”

As Renee Young, she has been in WWE for eight years, working in a wide variety of roles — most prominent of which was as a play-by-play announcer on its flagship show, Monday Night Raw.

On his Heyman Hustle on Facebook, Paul Heyman addressed the news late on Wednesday afternoon: “I am, as many others are, just hearing / reading the news that Renee Young will be pursuing other dreams outside of World Wrestling Entertainment. I can only imagine the plethora of projects running through this young lady’s vivid imagination. Working with Renee has been an absolute pleasure. She always brought out the very best in everyone she worked with, and I am forever indebted to her for her on-screen generosity and trust. I look forward to whatever projects she chooses to grace with her passion and personality, and thank her for the opportunity to work with such a professional.”

More recently, Young had been off television after battling COVID-19 infection.

The timeline of her departure is not known.