Mat Matters: The wisdom of Kamala passed down to his Kim-Chee 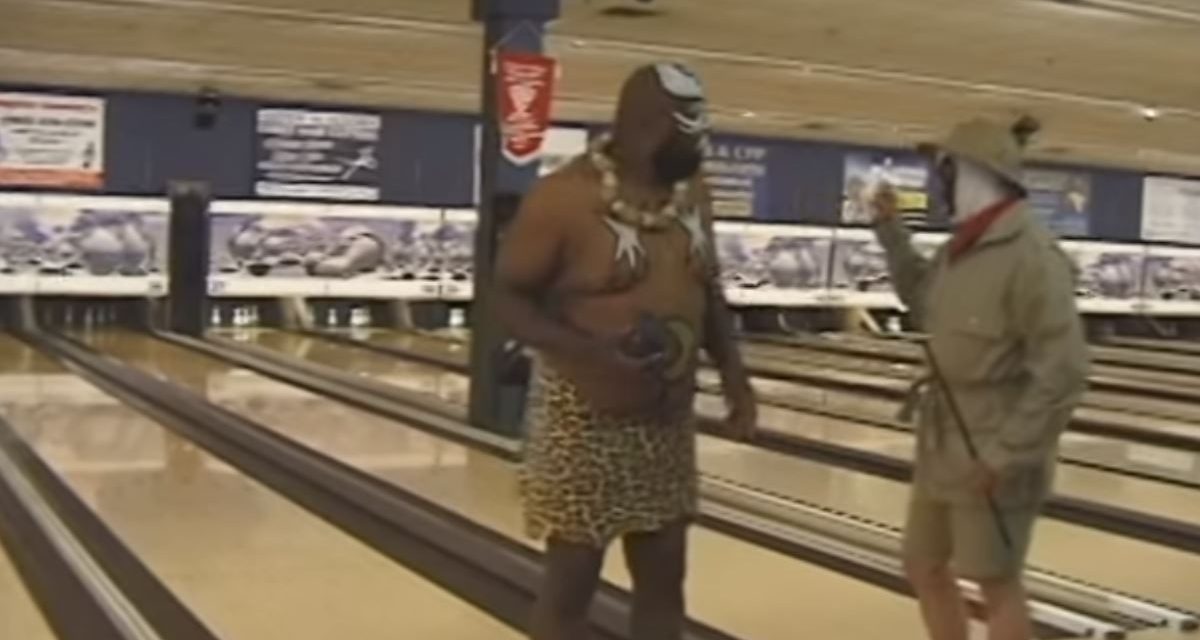 My memories of James Harris, better known in wrestling circles as Kamala, The Ugandan Giant, are not as deep or memorable as many others. I’m not qualified to write a eulogy. We weren’t best of friends. In fact, I don’t believe he ever even called me by my actual name. He always called me Kim-Chee.

In June 2005, I managed to get booked by Warrior 1 Wrestling to play the part of Kamala’s trusty handler for a show in Oshawa, Ontario. I had picked up a cheap Mr. Wrestling mask, riding crop, and pith helmet on eBay and rented a safari suit at a local costume shop. We met at NEB’s Fun World, a bowling alley and video arcade, for a meet-and-greet the night before the show. I met him as he arrived at the venue, and we were escorted into an employee washroom where James could “get in gimmick” with his war paint so we could make our big entrance.

I nervously scrambled into my mask and safari suit while Kamala leisurely got into character, painting the iconic yellow stars on his chest and asking of the moon on his belly was straight. Then we waited. More than an hour passed before we got the signal to come out and improvise our act – Kamala as the wide-eyed savage, me as the beleaguered handler trying to keep the giant under control. During that hour, we talked.

Kamala asked me about my family and my home. He told me about his recent divorce and how he had found love again. He later introduced me to his girlfriend who had accompanied him on the trip up to Oshawa. He talked about all the time he had spent on the road – for wrestling and as a truck driver. “It’s hard to keep a family together when you’re gone all the time,” he said. “When you find the right woman, you do everything you can to make her happy.” He said his shoulder was sore and that his “good” ankle was killing him. And his bad ankle was “even worse than that.”

It sounds strange to say this, but he reminded me of my Dad.

My Dad, Pat Murphy, was no “Ugandan headhunter,” but it wasn’t much of a stress to imagine James and my Dad having a conversation over beers at a corner bar. Beneath the war paint, behind the big, fearsome wooden tribal mask, there was a soft-spoken man, a blue-collar guy with aches and pains. They had more in common than either one might think.

I remember catching a glimpse of myself in the mirror in that rest room – looking at myself in that ridiculous mask and pith helmet – as Kamala was telling me how important it was to treat your lady right. It was one of the most surreal experiences of my life. Fortunately, much of it was documented by Wrestlevision, and available online, Scotty Bender and I doing an improv stand-up bit as a wrap-around.

Through the years, I played the role of Kamala’s handler five times – in Oshawa, Buffalo, Rochester, Toronto, and Voorhees, New Jersey. Dozens of others played the role on the independents (including Kenny Cassanova who would write Kamala’s 2014 biography, Kamala Speaks, which I helped edit).

I was always impressed by Kamala’s ability to “turn it on” when it was time to perform. Backstage, he’d be resting in a chair or on a bench, telling jokes or reading a newspaper (reading glasses perched high on his nose – a ridiculous sight when he was in his war paint and loin cloth), but when it was time to go out in front of the fans, he was able to transform into The Ugandan Giant. It didn’t matter if it was a big show or a tiny show. He held nothing back, even when he was in pain.

Because we were paired together, I was by his side from the moment we arrived at the venue until the moment we left. Sometimes I would help him with his bags if he was particularly sore. Every time we were together, we caught up and talked about our families and homes. Every once in a while he’d tell me a story about working with Andre the Giant, Hulk Hogan, or The Undertaker.

We were working together in New Jersey for a Tri-State Wresting Alliance show and were about to head out to sell merch and photos for intermission. “Kim-Chee,” Kamala called. “How much are you charging for autographs?”

Kamala put his hand on my left shoulder. “You’re here with Kamala. That makes you the real Kim-Chee,” he said. “Kim-Chee is part of Kamala. Kim-Chee adds to the experience. Kamala shouldn’t be out there, making change and signing his autograph, unless he has his Kim-Chee there to help. You’re my partner. And I’m not going to let my partner go without being paid. I’ve lost out on a lot of money in my day and I’ve learned you’ve got to make your money when you can. So lets charge $10 and we’ll split it 50-50, five for you and five for me.”

Later that night, after the show, I was checking into a hotel when Kamala came in, still wearing his face paint. “Hey Kim-Chee!” he said. Then he noticed the jar of complimentary chocolate chip cookies on the counter. “Oh, may I have a cookie?” he asked the wide-eyed receptionist who didn’t know what to make of this 6’8’’ face-painted man with the Southern drawl. Kamala reached in and pulled out two cookies before the receptionist could react, then started walking off towards his room.

“Sir!” the receptionist called. “Do you have a room here?”

“No,” Kamala called back, without slowing his stride. “I figured I’d find a room I like and kick out whoever’s in it. Thank you for the cookies!”

The receptionist turned back to me in confusion. “He’s joking,” I said. “He has a room.” I fully expected the receptionist to call the police. As it turned out, Kamala’s room was directly across the hall from my own. When he saw me unlocking my door, he gave me a big smile.

“Kim-Chee! You’re my neighbor. That’s good to know. I can come share your room with you if I get the frights.” 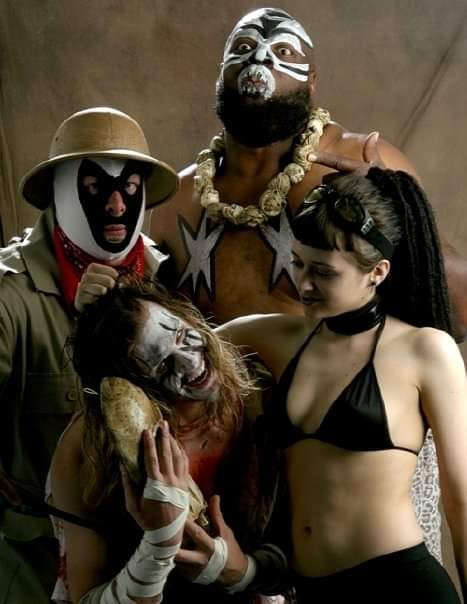 Dan Murphy as Kim-Chee with Kamala, Crazzy Steve and Lulu The Grinder Girl in Oshawa in 2005.

I spoke to James a few times on the telephone in recent years, after he had to have both his legs amputated due to complications with diabetes. He still greeted me as “Kim-Chee” when I called. He always managed to keep his sense of humor and stay optimistic even as his health deteriorated. That was his magic – he could always make people smile. And I think that delighted him to the end.

I already miss him. Any my heart and prayers go out to the family he spoke of so often.

Thank you for the memories, Kamala. God bless you.