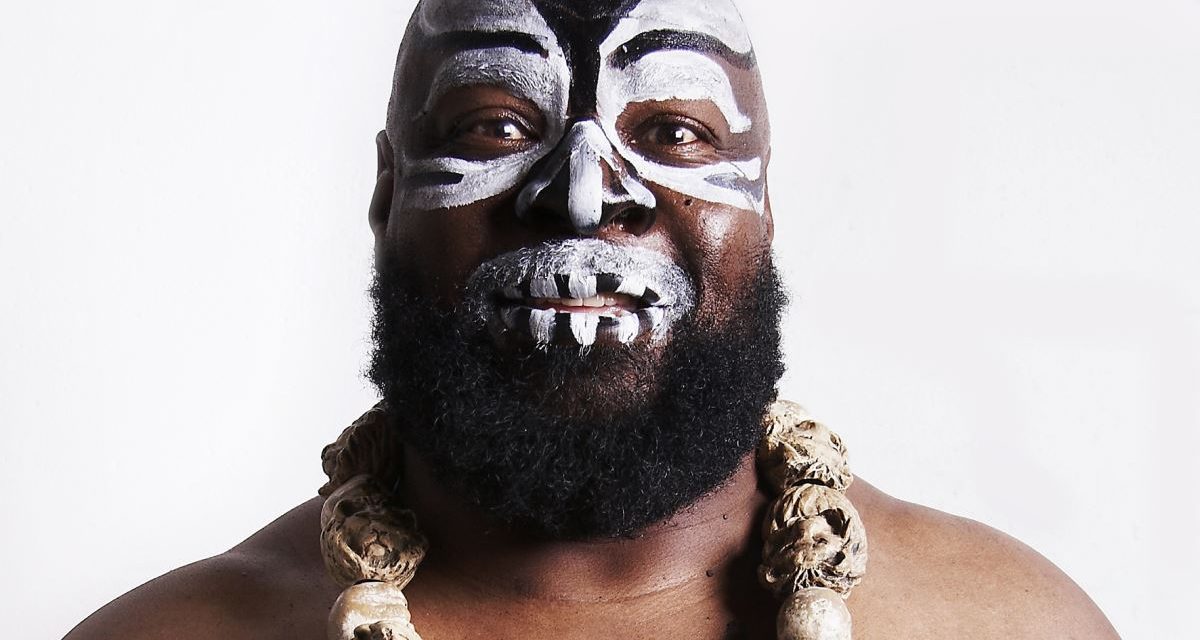 “The Ugandan Giant” Kamala — James Harris — has died. His biographer, Kenny Casanova, posted to Facebook that the passing was a result of complications from COVID-19.

Born James Harris on May 28, 1950, in Mississippi, he had a checkered upbringing — his father was killed when James was four; James left high school in Grade 9 and began a life of crime, and when the police caught up to him, it was suggested that he leave town. He moved to Florida until age 25, when he ended up in Benton Harbor, Michigan, and began training to wrestle under the legendary Bobo Brazil.

His early wrestling, mostly as Sugarbear Harris, but also as The Mississippi Mauler in England, was merely a prelude to the “The Ugandan Giant” Kamala, perhaps one of the greatest gimmicks in pro wrestling history. As Kamala (sometimes spelled Kimala), Harris headlined initially in Memphis, and then the World Class and Mid-South territories. In the WWF, he made it to the top, challenging for Hulk Hogan’s World title.

The wildman gimmick called out for a manager, and through the years, he was seconded by some of the greats: Skandor Akbar, JJ Dillon, Freddie Blassie, Eddie Creatchman, The Wizard (Curtis Iaukea), Slick.

At the Cauliflower Alley Club reunion in 2019, Harris was awarded the Courage Award for his many years of health battles. Before introducing Harris’ acceptance video, emcee Jim Ross talked about Kamala.

“He was a creation of Jerry Lawler. All James Harris was, was a great big black guy that had no identity and no future. He had no persona. So his natural athletic ability was extraordinary, as a black man, at 6-5, 300-plus, maybe 400. He could do anything a smaller guy could do — he could leapfrog, he could dropkick, he could do anything he wanted to do,” said Ross. Instead, with a new gimmick came a new lease on life, and a spot on top of cards for many years.

On the video at the CAC, Harris said, “This means so much to me. In my 30-plus years, I never received an award like this. This means a lot to me. … I may have lost my leg, but nothing can keep me down, because you are pulling for me, praying for me, supporting me, in so many wonderful ways. And I thank you. I thank you from the bottom of my heart.”

Enough money was raised through a GoFundMe campaign to save Harris’s house, which he was financially in danger of losing.

Harris had faced a series of health issues. In the winter of 2017, he was on life support, fighting for his life after emergency surgery. Six years earlier, when he was 61, Harris had part of his leg amputated due to complications from diabetes and high blood pressure. 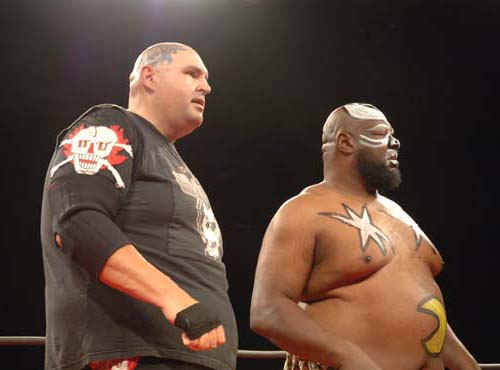 One Man Gang (George Gray) and Kamala in the ring for a match in October 2007 in San Francisco. Photo by Mike Mastrandrea

After his wrestling career ended — detailed in depth in Stephen Laroche’s epic Breaking Kayfabe with Kamala story from 2001 — Harris drove a truck for a living.

Besides wrestling, Harris was an accomplished singer, and released his music. Ryan Nation talked to Harris about his singing days in the 2007 piece, Kamala Sings!

Harris’ autobiography, Kamala Speaks, written with Casanova, came out in 2015.

In his review, Carmine DeSpirito said that “Kamala Speaks will inspire and educate the novice and most knowledgeable wrestling fan. This wrestling book, unlike others, is not about boasting nor is it an ego-driven diatribe.”

On Facebook, Casanova said that “Kamala was one of the most believable monsters in wrestling. He played the role perfectly, but was also one of the nicest guys you could meet. In helping him get his book out there, we became pretty close over the years and I am happy to have been his friend.”