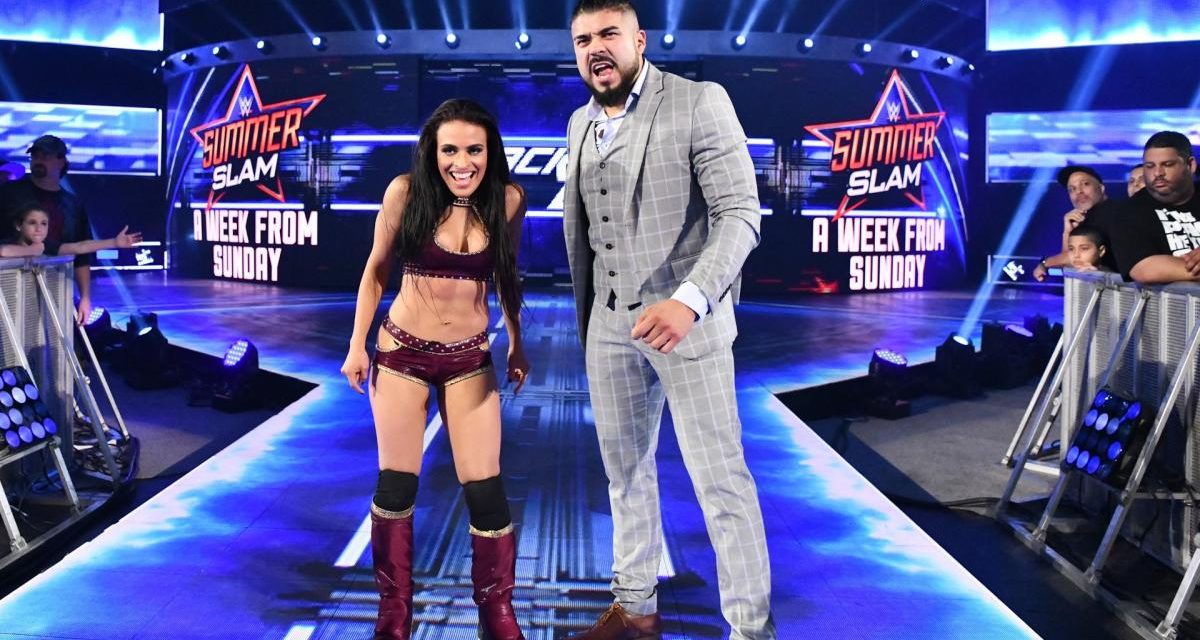 During a live stream on Vega and Aleister Black’s official Twitch channel Saturday night Vega was attacked by Bianca Belair.

While on the air Zelina asked her cousin to get the door because she is busy with her stream. Vega was being interviewed by WWE reporter Kayla Braxton about video games.

“What the hell are you doing in my house?” says Vega before Belair pounces upon her laying in shot after shot as Braxton feigns shock and surprise.

You read correctly. Belair broke into Vega’s home and assaulted her via the angle.

At SummerSlam, The Street Profits will defend the Raw Tag Team Championships against Vega’s team of Andrade and Angel Garza.