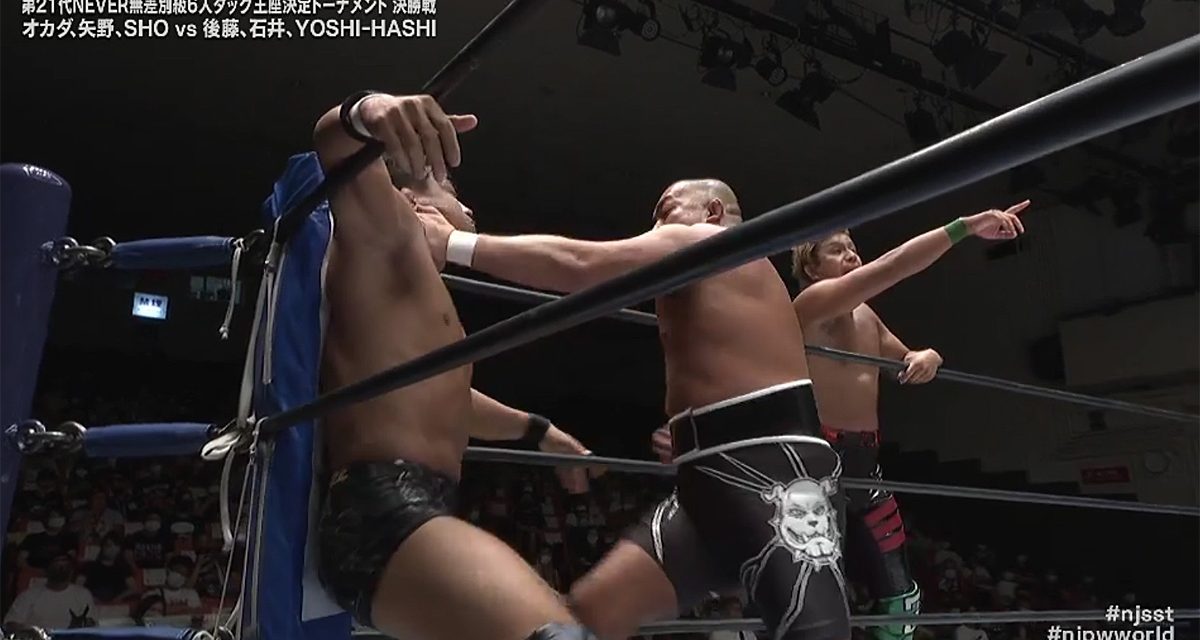 Friends and stablemates clashed as the members of Chaos squared off for the NEVER Openweight 6-Man Championship in the tournament final on night seven of Summer Struggle. The team of Sho, Toru Yano and Kazuchika Okada laid it all on the line against the team of Yoshi-Hashi, Tomohiro Ishii and Hirooki Goto.

Yoshi-Hashi, Tomohiro Ishii and Hirooki Goto came out on top after a hard fought match in which nobody on either side held back. Ishii backdropped out of Sho’s attempted Shock Arrow. Yoshi-Hashi helped Ishii out by super kicking Sho in the head. Goto then hit the GTR on Sho. Ishii came close to pinning Sho with the sliding clothesline. As the ring cleared Ishii belted Sho with his running lariat. Sho still kicked out. A brainbuster by Ishii seconds later finally put Sho down for the count.

As Yoshi-Hashi, Tomohiro Ishii and Hirooki Goto celebrated inside the ring, Sho, Toru Yano and Kazuchika Okada clapped for them outside the ring maintaining the faction’s solidarity. Everyone attended to Sho who was still in dreamland after the beating he took. Chaos all posed in the ring together. 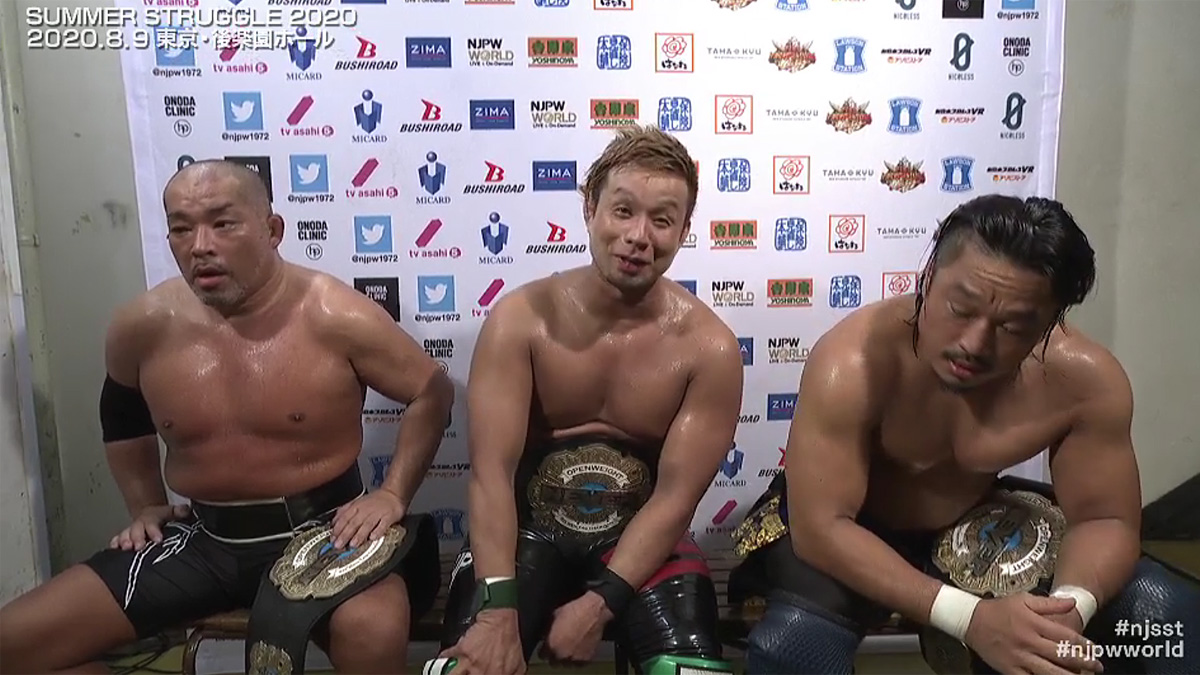 Hiromu Takahashi made a return to the ring after being out of action with a shoulder injury caused by Taiji Ishimori. He interfered in the Los Ingobernables de Japón and Bullet Club match after Dick Togo choked Naito out with his garrote. Hiromu fought off Dick Togo, Evil and Ishimori. He held Ishimori down labeling him with haymakers causing Los Ingobernables de Japón to be disqualified.