Behind the Gimmick Table: Let’s Wrestle Apparel was Faruqui’s destiny 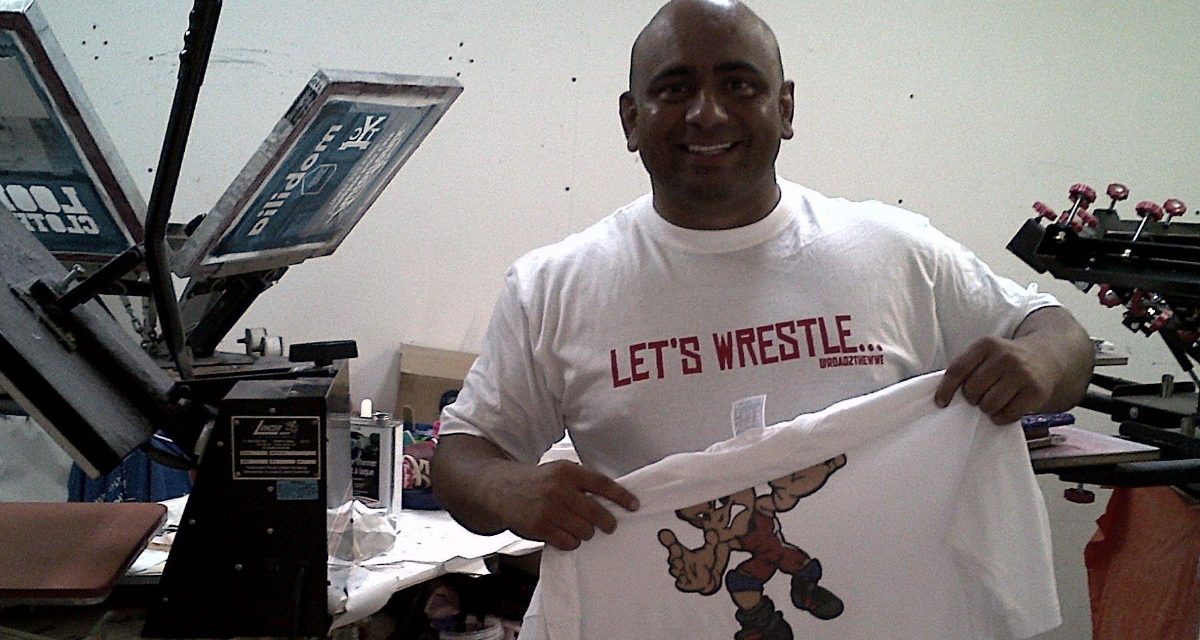 Today Farhan Faruqui is the merchandise mogul behind Let’s Wrestle Apparel. He is an entrepreneur who all the cliches apply to: He “eats sleeps and breathes” his business, he exemplifies “passion, persistence and perseverance,” he treats his business as a “marathon not a sprint.” But it wasn’t always that way — at least when it comes to merch.

What he didn’t realize was that merchandise was his destiny.

His first memory of professional wrestling his answer makes it clear: “I must have been six years old. I had no familiarity [with wrestling] and the first image I ever saw of it on the TV was the Hart Foundation in blue and black tights. At school another kid asked me who my favourite wrestler was. I didn’t even know his name, or anything else about wrestling than my answer: the guy with long hair and sunglasses.”

Faruqui’s predicted his focus today, the gear and merch. (Bret “The Hitman” Hart also remains his favourite to this day.)

His fandom grew exponentially from that moment. He immediately started paying attention and was hooked for life. Inevitably as a child of the 1980s, his wrestling obsession drew him to the products. “The first wrestling merch I owned was a pair of thumb wrestlers but they weren’t the originals, they were knockoffs of the WWF ones. Eventually, I got the big rubber ones. I didn’t have many but a friend and I would trade figures back and forth to keep our rosters fresh.”

The final series of these famous WWF LJN figures had a limited release and included very popular wrestlers like the Ultimate Warrior, and the set is valuable and sought after. Faruqui explained that he “could never find an Ultimate Warrior doll so I painted up Rick Martel’s tights and face and he became my Warrior.”

His entrepreneurial spirit was always evident, in the way he bolstered his roster and in his play as well. “I vividly remember that in the spring of ’87 we were moving, viewing houses and I saw a toy wrestling ring once, I was blown away. I used to just draw a square in the carpet or use the edges of a sofa for a ring. All my figures were packed away for the move but that didn’t stop me. I drew a Bret Hart and Jim Neidhart on a piece of paper, cut them out and played with them as action figures.”

In the later years of grade school, his methods of recreating pro wrestling would change. Faruqui moved away from action figures and toward the action. It started with playtime at recess with sumo battle royals. Interestingly enough, just as his action figure play did not use a conventional pro wrestling ring, neither did his recess matches on circles drawn in the snow and neither would his next wrestling venture: amateur wrestling. 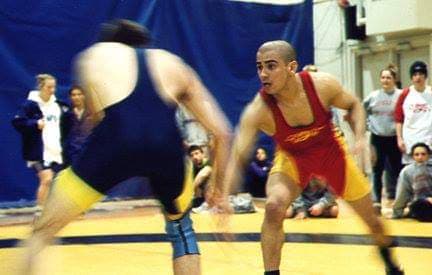 “My goal was to get into WWE. I thought to myself: Bret Hart is a real wrestler, high school champ. I need to pursue this. How do I start? I knew there was a different type of wrestling from Saved by the Bell. I was preparing for a big break. Thinking they’re gonna find me.”

While pursuing amateur wrestling throughout high school, Faruqui remained a fan.  He would wear Shawn Michaels headbands to school along with DX and nWo shirts — and even the first T-shirt he would ever design, a “Mr. Wonderful” Paul Orndorff inspired piece.

Faruqui’s ventured deeper into amateur wrestling at the Cabbagetown Wrestling Club in Toronto, and continued down the 401 highway as a part of the University of Guelph varsity team starting lineup. His ultimate goal was to compete in the Olympic Games.

It was at this point he was able to reflect and realize that his dream to be a professional wrestler had been buried deep within and it was time to get back on track.

“I knew about Sully’s Pro Wrestling Gym from [the Toronto Star-run] Starphone and the local news. I would often call while in high school and couldn’t get through, ever. It was always the wrestlers not here or they were closed. A year or two  later I applied directly to Ron Hutchison and didn’t get accepted. Years later I ended up at Rob Fuego’s Squared Circle Training.” 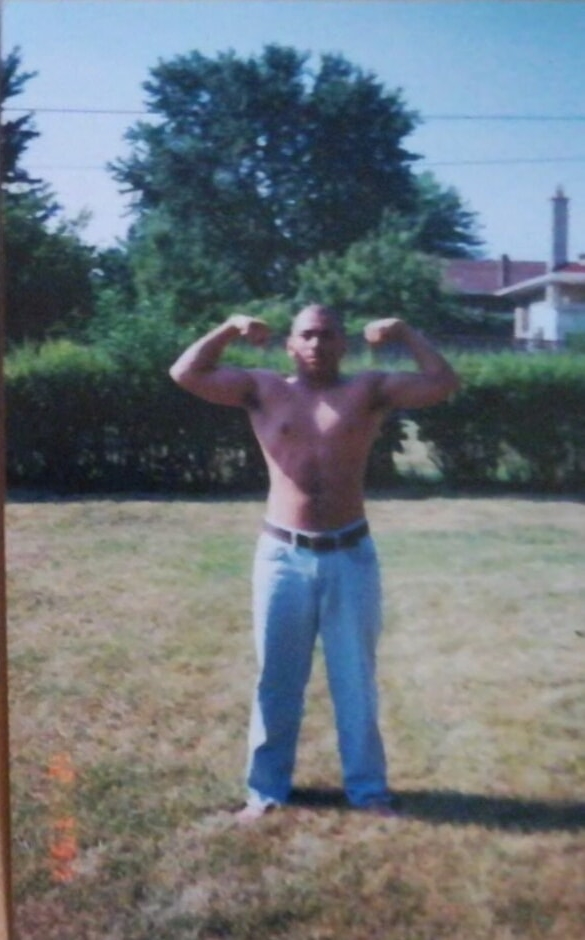 Faruqui’s legitimate amateur background allowed him to be presented and advance in pro wrestling in a way that most new independent wrestlers did not. On the independent level he got big matches with top talents, but the quick push caused him to languish. “I came from a sport and didn’t understand this is a business. I had no vision for merch and marketing. I figured WWE will make my merch. Put in the hard work and results will come.”

He was in for a rude awakening. 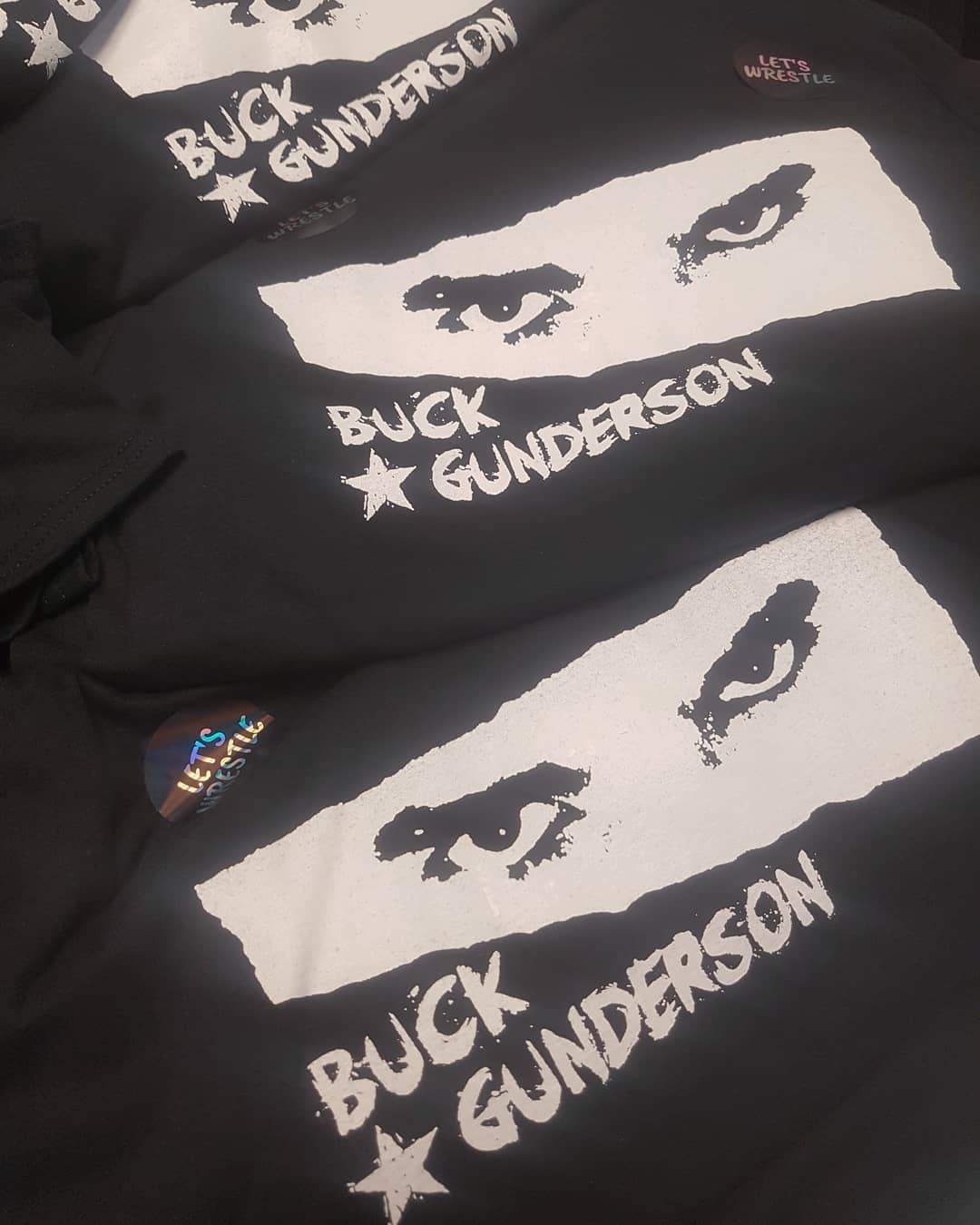 I saw others with merch: Buck Gunderson, Tyson Dux, Tiger Ali Singh. It didn’t clue to me to do that. I had a high-paying job and I was thinking I don’t need to stand behind a table. I didn’t understand branding. I thought others would take care of it. Didn’t trigger until 2014 when I was six years in.”

One incident in particular changed his entire perspective. “On a small indy show where I made $50, I was going back to the locker room from my match just before intermission when my opponent ran in there yelling, ‘Where is my Merch!?’ He was doing this for a living while I’m spending all my time sending stuff in to impress WWE. I was in the same match against him and he must have walked away with $400 or $500 during that intermission. This moment changed my perspective on my approach.” 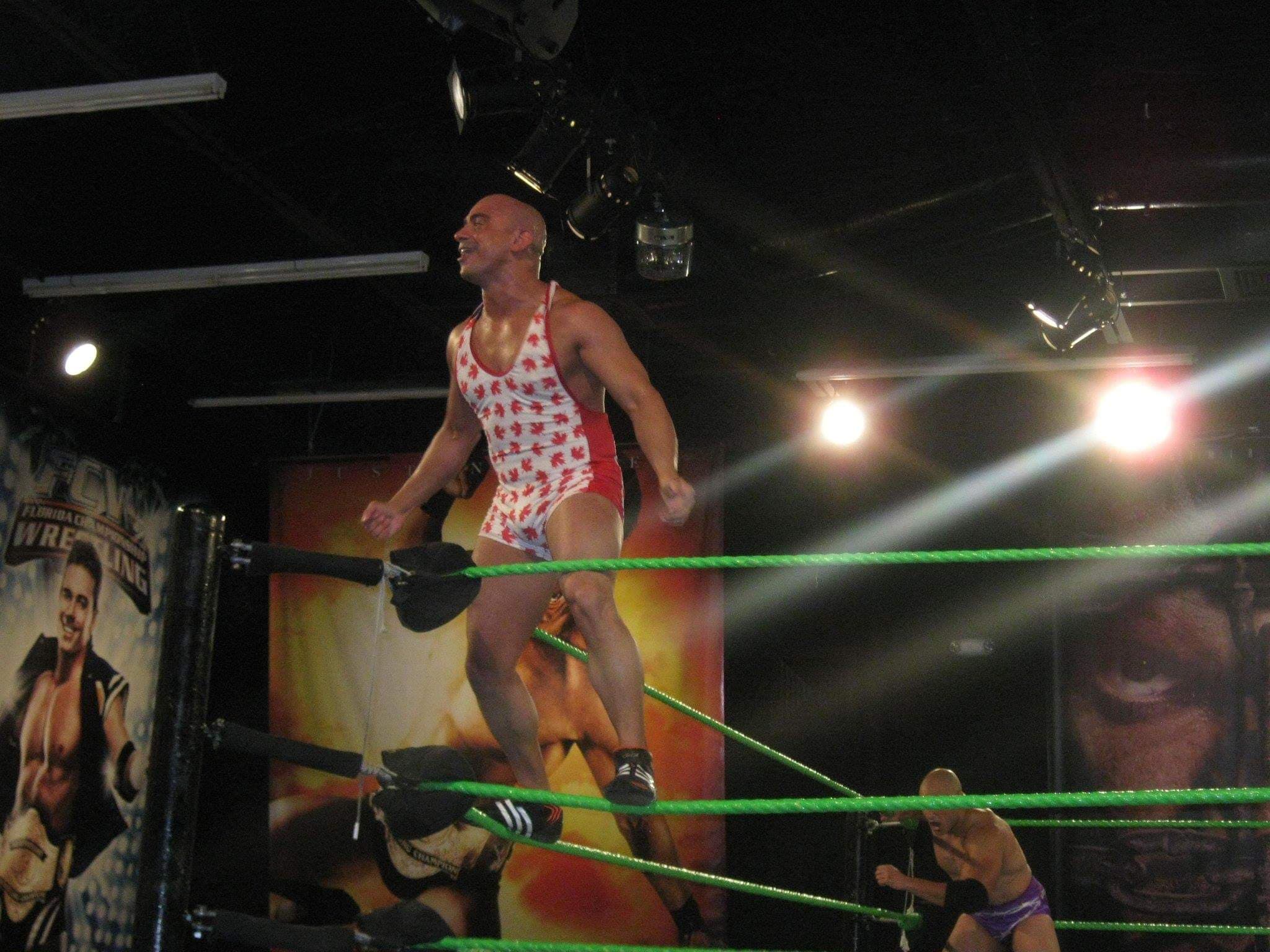 By 2014, Faruqui had been to WWE’s developmental territory, Florida Championship Wrestling, and had received the advice from his coaches Rob Fuego and WWE’s Norman Smiley to “brand yourself.” His roommate for his FCW tenure, Toronto local and Superkick’d owner/trainer Kris Chambers, gave him a gimmick idea. “Lose every match but dominate the guy and leave. Pin him for a traditional amateur wrestling one-count touch pin and then leave, losing by countout. Be confused by amateur versus pro rules.”

This suggestion prompted Faruqui to think about this character. “In pro wrestling, there are no points like amateur wrestling. I told this story in an exaggerated way. But it was best suited to a heel and I never got to be a heel with a live audience until 2014 at Battle Arts [in Mississauga, Ontario].” The gimmick allowed Faruqui to work and play with the audience while checking in with the referee for the score. It was hilarious. This led to his first T shirt “2 points”. Faruqui remembered that at a TNA Gutcheck D-Lo Brown remarked that “he will never forget 2 points.”

Faruqui’s first T-shirt was a success and sprouted into many more, and, eventually, into a brand unto itself that overtook his own wrestling career.

He called it Let’s Wrestle Apparel, and it is now worldwide, but it started as a part of the now colossal Pro Wrestling Tees catalogue. Though Faruqui runs his own company, he still works with PWT for easier access to the U.S. market. Ambassadors throughout the international wrestling community, such as Rip Rogers, TJ Perkins, Anderson Silva and Tyson Dux, wear and showcase his clothes.

The celebrity support was key, he said. “The wrestling community made it a brand.” Yet, to Faruqui, the Let’s Wrestle community is a broad one, as it encompasses both the amateur and professional ranks of wrestling.

During the COVID-19 pandemic, Let’s Wrestle fought out of its submission hold on the business to provide masks for the pro and amateur wrestling community.

Faruqui still coaches amateur wrestling and helps pro wrestlers bring amateur techniques into their repertoire — and their ideas for merch to fruition.